Big Break Snooker Club in Digbeth Birmingham closed down with accusations of child sex exploitation and open ‘Class A’ drug dealing amongst other crimes.

Private rooms were hired for as little as £5 per hour.

The Big Break Snooker Club in Birmingham lost its licence on May 20, 2015 in light of its involvement in criminal activities.

Robberies, ‘Class A’ drug dealing and assaults made to public customers in the surrounding area were also reported.

Inspector Will O’Connor said multiple claims had pieced together a ‘pattern of young women or girls entering the club with older men’.

He went on to add the Digbeth club was a hotspot ‘for young men to meet, use and supply drugs, commit crime and engage in sexual activity’. 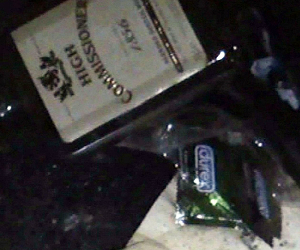 Reports of girls as young as 14 entering the club surfaced as far back as January 2014. Private rooms were hired for as little as £5 per hour.

Of the 16 rooms at the premise, 8 were allegedly not physically suitable for playing snooker.

Inspector Will O’Connor added: “Information we uncovered suggests the girls had gone on to spend time in private rooms with the men, where they were exposed to alcohol and drugs and groomed for sexual activity.”

High levels of robberies were reported to the police both inside the club and in the surrounding area.

Other reported claims involving the snooker club include:

As a result, the Council agreed to revoke the club’s license to ‘promote the prevention of crime and disorder, public safety, and the protection of children from harm’.

Managers of the snooker club and brothers-in-law Qumar Zaman and Hissam Khaliq were not present at the hearing. 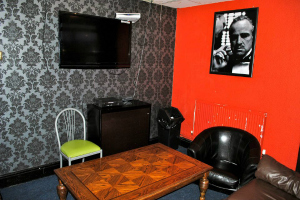 Zaman said in a statement: “Since we have been open we have never had any problems with weapons, Class A drugs or fights in the premises.

“We will not tolerate such things. Occasionally, cannabis is smoked without us knowing in our private rooms or customers have smoked cannabis prior to attending. We try to contain this as much as possible.”

Despite voluntarily closing the club in March 2015 to make improvements, they could not retain control of illegal activities running wild in the club.

What followed was a three month closure granted by the Birmingham Magistrates Court on May 1, 2015.

All allegations have remained unchallenged by the venue owners. Police have also confirmed investigations are ongoing.