DESIblitz exclusively talks to ex-British Asian prisoner, Akaash Nazir, about his time in prison and how he turned himself into an entrepreneur.

"I was blinded by the money, making thousands a day"

Within the Desi diaspora, crime, convictions and illegal activity are all faced with backlash, especially if you’re an ex-British Asian prisoner.

Not only do they have negative connotations attached to them but there is a stereotypical viewpoint that prisoners bring shame on a family or community.

However, people who go down a path of crime or wrongdoing happen within every culture.

Interestingly, a prisoner from the British South Asian community is not as rare as some traditionalists make it out to be. In 2021, Statista reported:

“In 2021, there were approximately 56.2 thousand white prisoners in England and Wales, compared with 9.9 thousand black prisoners, and 6.4 thousand Asian prisoners.”

Although these numbers cover various backgrounds, it gives an idea of how prevalent British Asians are within UK prisons.

Contrary to popular belief, being an ex-prisoner embodies more than a past of crime.

You learn more about yourself and often see how different elements have led to hostile situations in one’s life.

That is why it’s incredibly important to break the narrative of how South Asian communities view prison and ex-prisoners.

As a community, stories are the main component to changing this commentary.

That is why DESIblitz exclusively dives into the real experience of former British Asian prisoner, Akaash Nazir, told in his own words.

Born in Northern England and in his late twenties, Akaash details how his life of drug dealing landed him multiple prison sentences.

Ironically, it was this place of hostility that eventually led to him unleashing his entrepreneurial spirit and is now offering his advice to those in similar circumstances.

Straight into the Mix 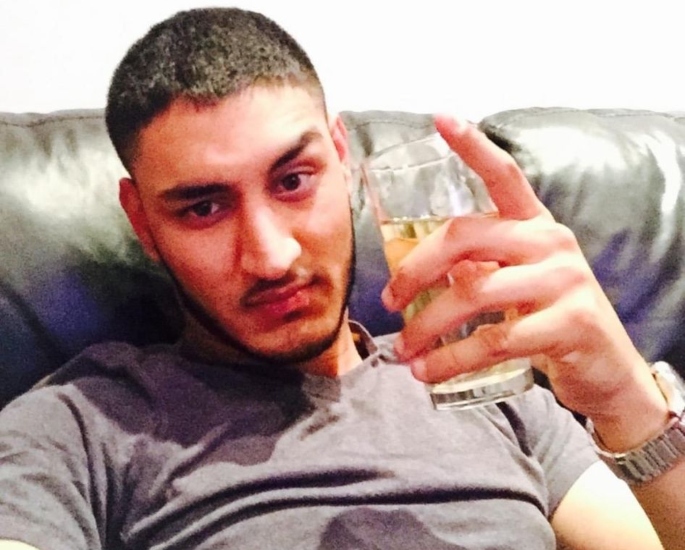 For many young, money is hard to come by and save. Given the pressures of life and bills, when unfortunate expenses come along, it is mentally tough to deal with.

Brought up in Northern England means Akaash was aware of his surroundings and what other groups were up to to get as wealthy as possible.

Whether it was a crime, working multiple jobs or doing hard labour, the end goal was to always be comfortable.

However, once unfortunate events happen and you struggle to cope, ask yourself what you would do.

The scary thing is this ex-British Asian prisoner illustrates how one wrong decision can definitely influence the rest of your life:

“It was sometime in 2012 when I got a fine of £250. It was the urgency of the fine that led me to make the decision of selling drugs.

“But I promised myself I will get out once I had made the £250 and paid off the fine however, it became a very long £250.

“By the time I had reached the amount, I had already fallen in love with the process and from then made the decision to pursue a career in it.

“The money, materials and reputation became the results of a newborn drug dealer.”

“After years in the trade, time moved so fast that I found myself in excess of everything I dreamed of.

“At this point, nothing mattered as I was blinded by the money, making thousands a day.

“But whenever you are at the top this invokes hate and jealousy and the attention of rivals.

“Many times I faced near-death experiences such as car crashes, attempts on my life and jumping out of buildings. However, it did not stop me as I thought of myself as untouchable.

“My crimes became apparent to the surrounding police departments and other organisations that normally don’t get involved.

“But for me, business was booming so I had no other concerns.

“Then suddenly the bubble burst and the police came rolling in. I was sentenced to four years, of which I had to serve two in prison.

“Although this was not my first sentence, I had already been to prison twice before, but for small sentences as a result of driving charges and missing probation.

“This was my first big sentence and my wake up call to reality.”

Gang and criminal activities always evoke tension in certain areas. There is no trust and Akaash was motivated by the money but soon realised no one is safe in this culture. 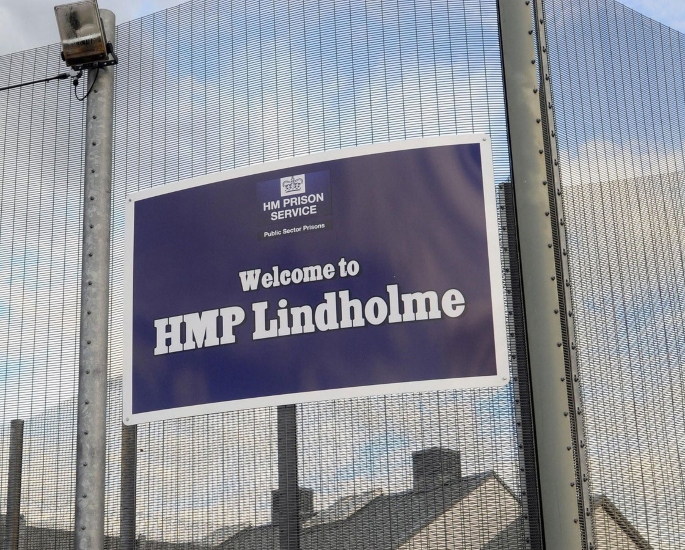 As Akaash was eventually found by the police having tried to escape, he accepted his jail sentences and dealt with them face on.

However, as many know, you can never predict how the atmosphere is within the wings and cells:

“My time in prison was very unusual, I had experienced things you do not even see in the movies such as suicides, corruption, rehabilitation, education to name a few.

“For me, it was strange because I’m meeting people from around the world, from all walks of life with different perspectives and mental states.

“We used handlebars as exercise machines, sinks as washing machines and kettles as cookers.

“8 am they would wake you up and off you go to work or education.

“Most of the time on the way to work, there would be a fight and guards rushing in from all angles.”

“On the wing, everything would be smooth until the bell has gone off because someone is lying unconscious in their cell. Once again the sound of guards rushing in from all angles.

“At night people would bang their doors and swear at prison guards to let them out or have some food. Sometimes, this went on till the next morning.

“At one particular time, a guard told me to ‘f*****g bang up’. As a result of not hearing him, I was slammed into the door first then on the floor in my room.

“Throughout my sentence, my plan was to do my time, come out and continue in the drug game, only being more careful this time.”

For many convicts, once illegal or criminal activities are ingrained into them, it’s hard to distance themselves from it.

These vivid memories still live with Akaash and he has to constantly deal with this emotion for the rest of his life. 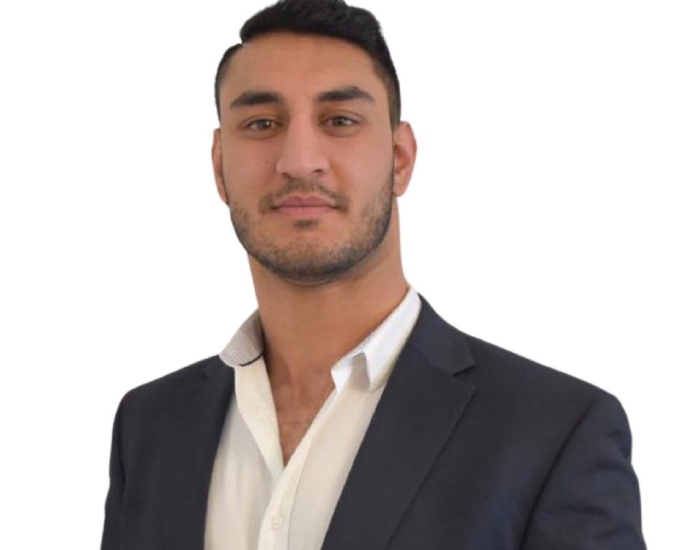 Akaash’s plan was to keep his head down and he didn’t see his life going any other way than a vicious circle of drugs, money and prison.

However, being surrounded by such negativity actually rewarded Akaash with an unexpected opportunity:

“6 months before my release I didn’t know my life was about to change after meeting a businessman.

“This was a whole new world as I had very little education in anything other than selling drugs.

“Only then did I realise the true value of life, family, the people you hurt and so much more.

“It became apparent to me that I did some terrible things in exchange for temporary materialistic pleasure. This was not the person I was born to become.

“I thought about my family that went through the pain of me being in prison, my future and how I can make things right.

“But I know I can’t change the past, but I can attempt to change the future.”

“It was at this moment when I decided to go to the library for the first time and grab a bunch of beginners books about business.

“After reading my first book, I became obsessed and decided to pursue a career in business. I further developed my knowledge in business after my release.

“I still remember the day I was scheduled to be released, I was nervous as I did not know what to expect.

“I’ve just spent two years in a box and now I am going back out into the open. I’ll be seeing cars, people, houses all for the first time in two years.”

Ironically, the skills he picked up during his time in the drug game actually helped lay the foundations of becoming business savvy. 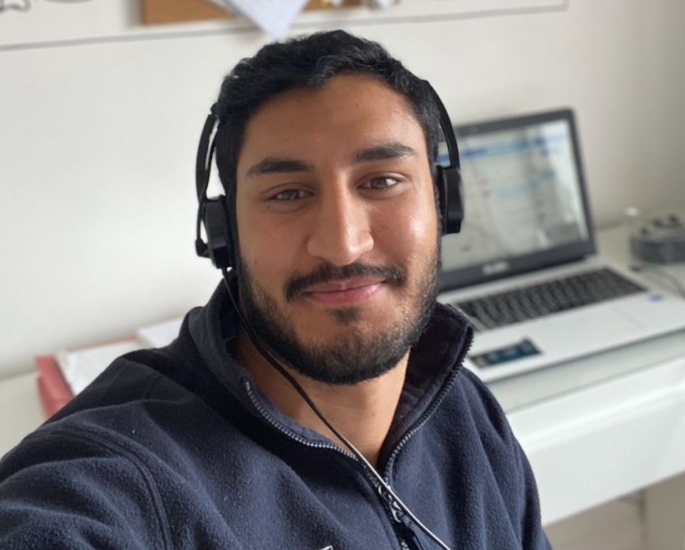 Upon release, Akaash’s motivation to succeed and turn his life around did not falter.

Having gathered inspiration from those in jail, he finally realised that life was more than money and materialistic things:

“Throughout my whole experience, the lessons I’ve learnt is to help people no matter what.

“As long as it’s in your capability to do so, do it, because we never know what the other person is going through.

“It’s not our past that defines us, rather what we do now.

“I continued my studies in business, getting a range of qualifications as well as writing a book on mindfulness, details of which can be found on my social media.

“I now have a totally different life, studying various topics, researching and networking with high-level executives from big tech companies around the world.

“Also, I have recently set up a coaching business.

“I will be working with business owners and individuals who are looking to launch, scale and grow in all aspects of life and business.

“My message to readers is that no matter what we do there will always be consequences so think before you act.”

“Remember, the gratitude you will receive from making someone smile is far more intoxicating than any amount of adrenaline you get from crime.”

As a British Asian prisoner, Akaash’s life of drugs and prison has undoubtedly given him a large amount of strength and resilience to succeed.

His willingness to learn from his mistakes serves to emphasise how he is actively breaking down the stereotypes of ex-prisoners.

His story not only shows how easy it is to fall into a life of crime but how you can bring yourself out of it.

As an ex-British Asian prisoner, his peacefulness with himself is breaking down the stigmatic link between Desi’s and prison.

Akaash’s book Meditation To Mindfulness (2021) is an insightful look into how you can deal with anxiety and stress.

Having gone through such traumatic events, the book aims to help those in need, especially other British Asian prisoners.

As Akaash gears up to succeed in his business journey, he wants to help the next generation succeed and that is truly inspiring:

“Please follow me on social media and reach out if you’re interested in growing in life and taking your business to the next level.”

His moving story should certainly help British South Asians deviate from a life of crime and reach their fullest potential.

Follow Akaash’s motivational journey here and reach out if you require any coaching.

Why do South Asian Women Experience Sexual Assault?
Real Stories: My Experience with Weed as a British Asian