Rape has been a common theme in Bollywood. We take a look at Bollywood films from the 80s and 90s and how they normalised the rape culture.

"We have a rape culture here and we celebrate it."

Rape culture was a normalised feature in the 80s and 90s Bollywood, despite the sensitivity of the issue.

One of the earliest films to highlight this subject matter was Insaf Ka Tarazu (1981). From then on, there was an excessive rape culture lasting two decades.

In retrospect, critics and observers believe the 80s and 90s Bollywood had facilitated the rape culture across India.

Gang rape culture in films possibly had an impact in reality, particularly with the 2012 Nirbhaya rape case.

Several experts have remarked how society collectively is responsible for all the crimes, having propagated the rape culture.

We take a closer look at Bollywood’s culture of rape and its impact:

The rise of Rape Scenes in the 80s and 90s Bollywood 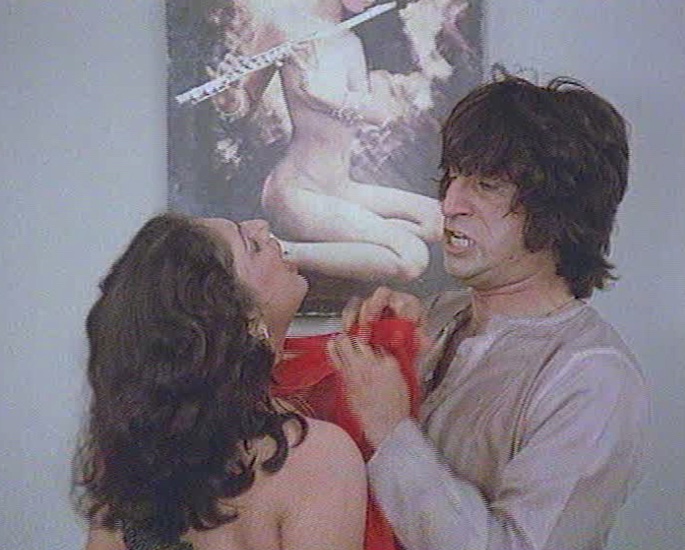 Sex is, and always has been, a subject matter talked about in hushed tones and pushed behind the curtains of morality in India.

Consequently, the censor board had virtually forbidden sex scenes from movies. This resulted in filmmakers resorting to scenes that only alluded to sex.

During those days even a kissing scene took place amongst trees, bushes or flower fields, leaving the rest to the imagination.

However, from the 80s onwards, there was a sudden rise of rape scenes in Bollywood cinema. Many of them were revenge rape scenes.

Certain actors such as Shakti Kapoor, Gulshan Grover, and Ranjeet became famous for portraying the role of rapists. Ranjeet reportedly confessed to having acted in more than 400 rape scenes alone.

Films that had Ranjeet playing the rapist were a huge success at the box office. Hence, big producers always had a rape scene in their films, featuring Ranjeet.

Shakti Kapoor was also famous for enacting rapes of countless women on screen in the 80s and 90s.

In Angaarey (1986) his character Jolly chases Aarti (Smita Patil) through the house to brutally beat, disrobe and then rape her.

In Gunda (1998), Shakti plays the character Chuttiya who rapes someone else’s newly-wed bride to death.

Such scenes in Bollywood made audiences flock to the cinemas. As a result, some of these films became successful.

Though many movies set a dangerous precedent and a disturbing trend of revenge rape. This trend continued for about two decades in Bollywood.

Famous actresses had to reluctantly star in such scenes. Madhuri Dixit, the reigning queen during the late 80s and 90s Bollywood, apparently had no choice but to act in a rape scene.

After initially refusing, producer of Prem Pratigayaa (1989), Babu did manage to convince her with a bit of pressure. 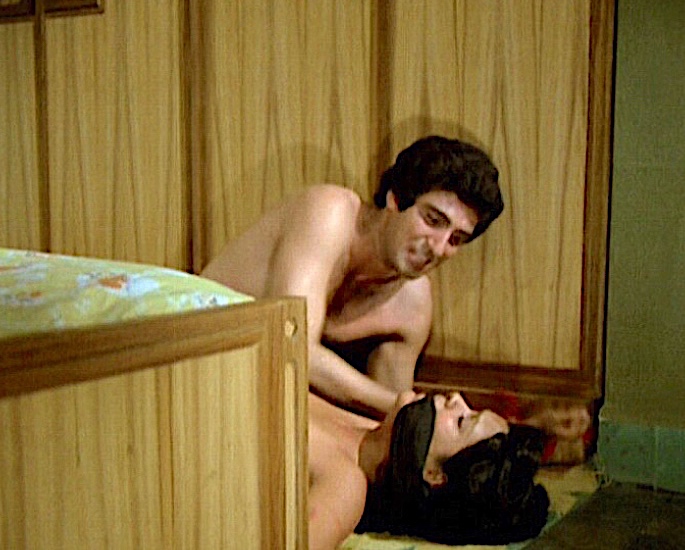 The picturisation of rape is questionable and downright abhorrent in a disturbingly large number of the 80s and 90s Bollywood films. These films had some disturbing and recurrent tropes.

There was longer than required time duration, lewd and insensitive dialogues.

Additionally, there was unnecessary stripping of women, the glorification of the rapist, and trivialisation of the victim suffering.

Gupta who is a jealous lover commits these rapes as an act of punishment revenge. In one of the scenes, he makes the teenage victim Neeta strip down to her undergarments.

There are further films reflecting the tropes of rape culture.

First, there is the gang-rape of an unconscious adolescent in the film Tejasvini (1994). Secondly, there is the stalking, gang-rape and murder of Captain Ajit Singh’s (Vinod Khanna) wife in Muqadama (1996).

Shakti Kapoor has a long list of scenes in films with repetitive disturbing tropes of the rape culture.

Shakti certainly became famous for essaying the role of a rapist in films. Some may even say he was glorified with such roles.

Some of these rape scenes were definitely titillating, getting the attention of the audiences. They also had a major contribution in planting the seeds of rape culture in our collective consciousness.

Many of these scenes are available on YouTube. Receiving millions of views and comments is, in fact, more disturbing than the fictional scenes themselves. 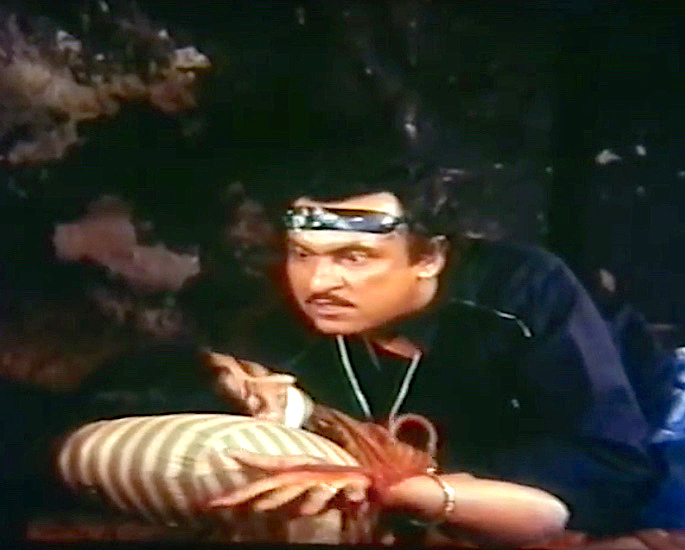 There is something even more problematic in these rape scenes. That is the placement of honour in a woman’s body. No wonder they become rape victims more often than not in films.

Both in reel and real life, an individual or gang often commits rape to teach the victim or her family a ‘lesson’, seek revenge or get back with someone.

It is less about sexual pleasure. But more about the satisfaction of power over a woman’s body, linking to individual and family honour.

This explains why the act of rape in many films refers to as, ‘Us Ki Izzat Lut Gayi,’ meaning that she has no honour.

The statement in itself places the abstract concept of ‘honour’ over and above the woman and her trauma.

In the film Paapi Farishte (1995), a local street goon rapes a teenager while making the brutal comment:

The rapist gloats about leaving a permanent scar on the victim. This alludes to a scar on her ‘honour’ and ‘reputation’ for being a rape victim, which will never go away.

Who decides that a woman should lose her honour following rape? Is it not the rapist committing a dishonourable crime? Should Bollywood spend two decades making films shaming the rapists instead of glorifying them?

These are some of the questions that arise from the issue of honour. Bollywood did not concoct this absurd concept of honour as it had a preexistence in society. However, instead of refuting it, many Bollywood films have only strengthened it. 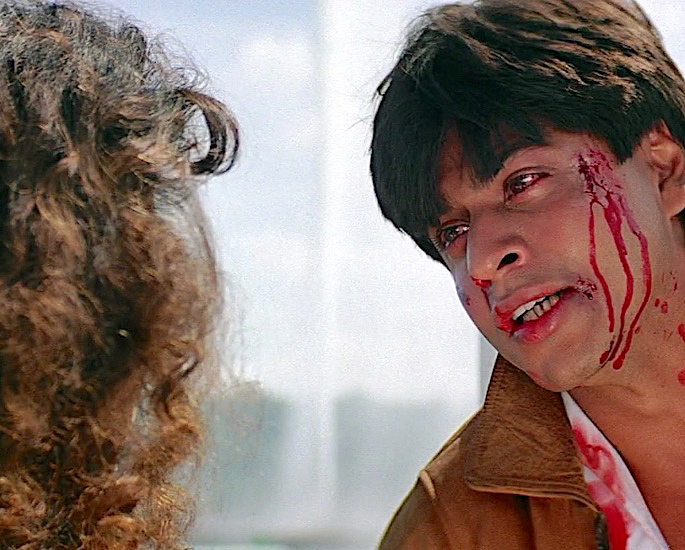 In the cinematic universe of the 80s and 90s Bollywood, lead actors were stalking heroines around everywhere they went.

They were catcalling them and practically eve-teasing them until they eventually had a change of mind. They eventually said yes to any advances instead of reporting any abnormal behaviour.

This conduct by lead characters, who are glorified and idolised onscreen, can drive home the message that a woman’s no can be turned into a yes if you stalk her persistently enough.

It gave many males the impression that stalking is the best way to woo a girl. Equally many women were confusing unhealthy obsession for love.

Some men struggle with accepting the concept of consent. This is because the refusal of heroines onscreen has been shown as a veiled yes more times than we can count.

In a Bollywood obsessed country such as India, people do not just love the actors but venerate them.

Whatever they do onscreen, the clothes they wear, the hairstyles they carry, the dialect they speak in, everything is imitated by their fans, including their toxic masculinity and unhealthy sexist behaviour.

Obsession with Bollywood has resulted in us internalising the unhealthy behavioural patterns, gender stereotypes, and belief systems that many believe is their culture.

However, some may consider this as actually part of the rape culture. According to academics Dhillon and Bhakaya (2014), this is ‘little rape.’

The audiences have evolved over the last decade and so have mainstream Bollywood films.

However, the filmmakers of futures decades need to make more responsible movies. This is to undo the damage of the 80s and 90s. 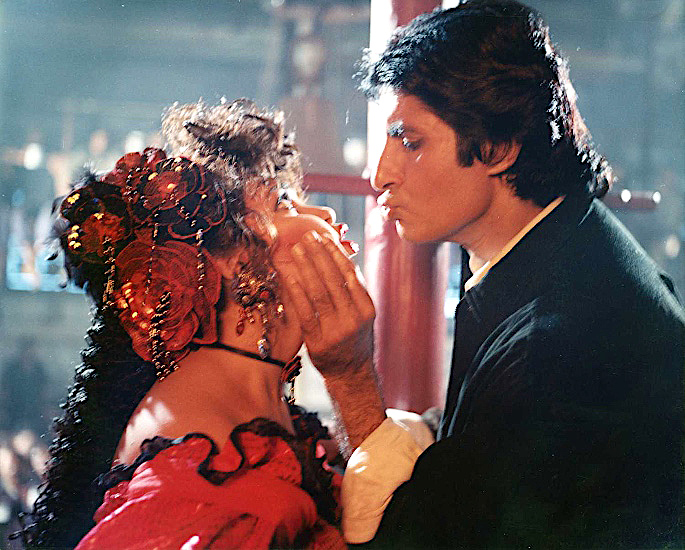 Items songs from the 80s and 90s also mirror a reflection of the rape culture in Bollywood films during those two decades.

Several sexually provocative song sequences shot on scantily clad women being chased around and teased by men were included in the films solely to draw an audience.

Some of the songs did not even have much relevance to the plotline.

In a debate about rape and rape culture on NDTV, Sanjay Rajoura, a stand-up artist and actor, spoke of how such item numbers in popular culture and Bollywood had celebrated rape culture over the years, impacting generations and high profile cases.

“We have a rape culture here and we celebrate it. And popular culture is responsible for it.”

Rajoura mentions how ‘Jumma Chumma’ from the film Hum (1991) was a gang rape song.

Such songs have normalised this significant subject matter.

The women in many other songs would be dressed in tight cholis, short lehengas and would be made to perform suggestive thrusts in the name of dance on songs with lewd lyrics.

They would be surrounded by men, often twice their age, either falling over them or trying to grope them.

One amongst a plethora of other problems with item numbers is that they objectify women as playthings and objects meant only to be teased and to seek sexual pleasure from.

There is no concept or consideration of consent anywhere in these lewd dance sequences. The dancers and actresses featured in these ‘item songs’ are referred to as ‘item girls,’ which is tragically ironical.

One of the worst notions of the rape culture is that if a woman is bold, outgoing, and is wearing short clothes then she is asking for attention and available for sex.

This toxic notion has been reaffirmed if not rooted by the item numbers of Bollywood.

Some of the topics covered above perhaps are open to debate. Having said that, there is no doubt that Bollywood films from the 80 and ’90s did feed certain aspects, contributing to the rape culture.

Parul is a reader and survives on books. She has always had a penchant for fiction and fantasy. However, politics, culture, art and travel intrigue her equally. A pollyanna at heart she believes in poetic justice.
How Bollywood Stars started their Year of 2020
Actress Ayeza Khan shares Fond Memories from 2019