Priyanka Chopra stole the show at the pre-Oscars party in an embroidered black saree and strapless blouse, styled with elegant accessories.

Priyanka draped the saree in a traditional style.

Priyanka Chopra took to Instagram on March 25, 2022, to share snippets from the pre-Oscars party she attended with many other stars.

Priyanka was a co-host at the celebration that honoured 2022’s 10 South Asian Oscar nominees.

Sharing the photos on her Instagram page, Priyanka gave a glimpse of her glamorous look and penned a note summing up her experience of attending the event.

She also wished the best for the nominees on Oscars night.

On March 25, 2022, Priyanka took to Instagram to post pictures of herself from the pre-Oscars party she attended on March 23, 2022, in Los Angeles.

The star looked gorgeous in a black embroidered saree and strapless blouse she chose for the occasion.

It is from the shelves of the contemporary label Jade By Monica and Karishma, and stylist Ami Patel styled the actor. 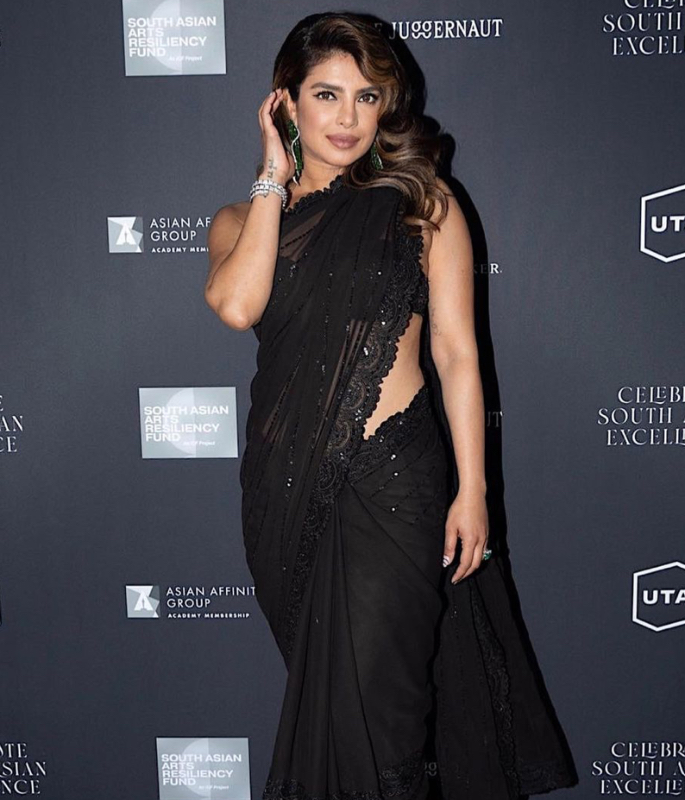 Priyanka draped the saree in a traditional style with the pallu pleated on her shoulder, flaunting her hourglass frame.

She turned heads at the event by teaming the six yards with a classy and modern embellished blouse. 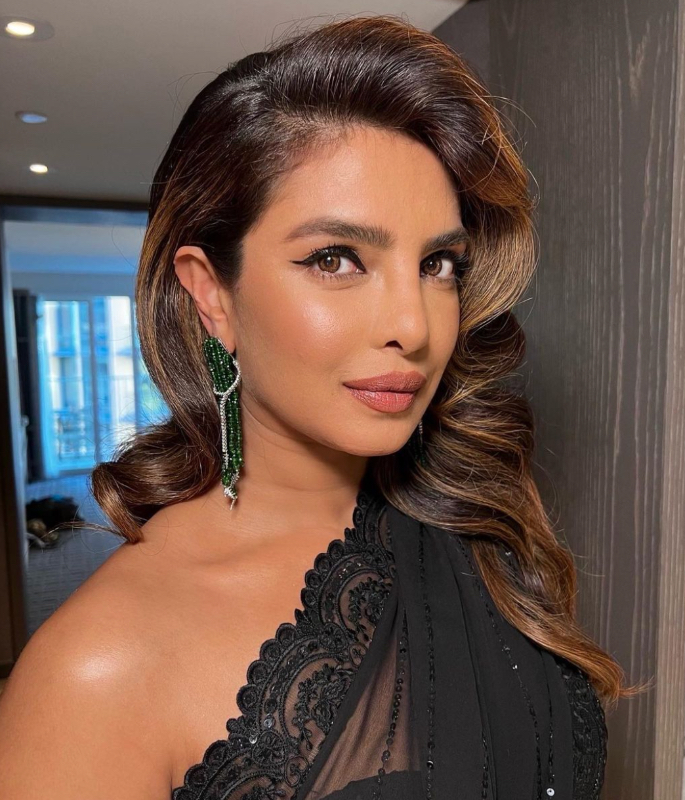 She not just made a style statement in a black saree but also gave an impressive speech.

The actress spoke about her journey, meeting Nick Jonas and the presence of South Asian figures in Hollywood at the party, organised to celebrate South Asian excellence in films.

It looked at the tremendous strides artists are making within the field and reimagined the inclusivity of The Academy Awards.

Meanwhile, Priyanka and Nick Jonas welcomed their first child, a baby girl, via surrogacy, in January 2022.

The couple also celebrated their first Holi as parents recently.

On the work front, Priyanka Chopra will now be seen in Hollywood films like Ending Things, Text For You and the web series Citadel.

She also has Farhan Akhtar’s Bollywood film Jee Le Zaraa in the pipeline in which she will share the screen with Katrina Kaif and Alia Bhatt.