Poonam Pandey raised eyebrows when she was spotted by the paparazzi wearing a tight-fitting pink mini dress.

Poonam Pandey turned up the heat in a tight-fitting pink mini dress.

The model was spotted by the paparazzi as she was returning from an event.

Poonam wore a strapless mini dress that was in a bright shade of pink. It was a tight-fitting ensemble, accentuating her ample curves.

Known for her bold videos, Poonam opted to go braless and she narrowly avoided a wardrobe malfunction while posing for pictures for her social media.

She paired the dress with high-rise strappy heels. The sparkly straps contrasted with the yellow of the heels. 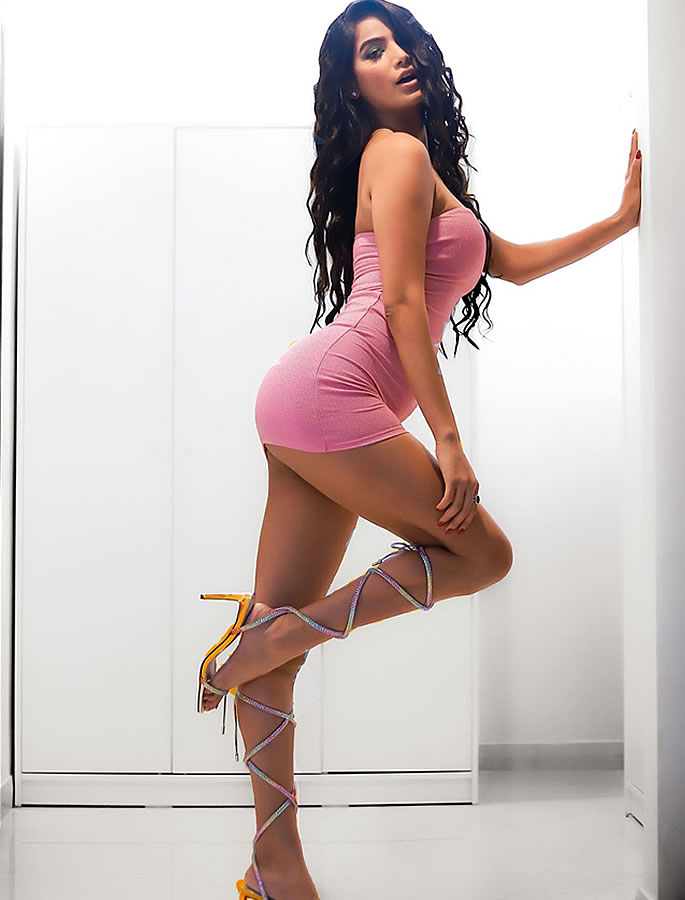 She took the time to pose for the paparazzi before blowing a kiss and entering her car.

Unsurprisingly, her revealing outfit was a hit among social media users.

One person said: “My hottie. She is on another level.”

Another agreed: “My God, she is a real hottie.”

Others posted heart and fire emojis.

But some were reminded of Urfi Javed, who is also known for her bold fashion choices.

One user said: “Finally, these people are running after someone else, forgetting Urfi.”

Talking about the paparazzi, another said: “Urfi got them excited.” 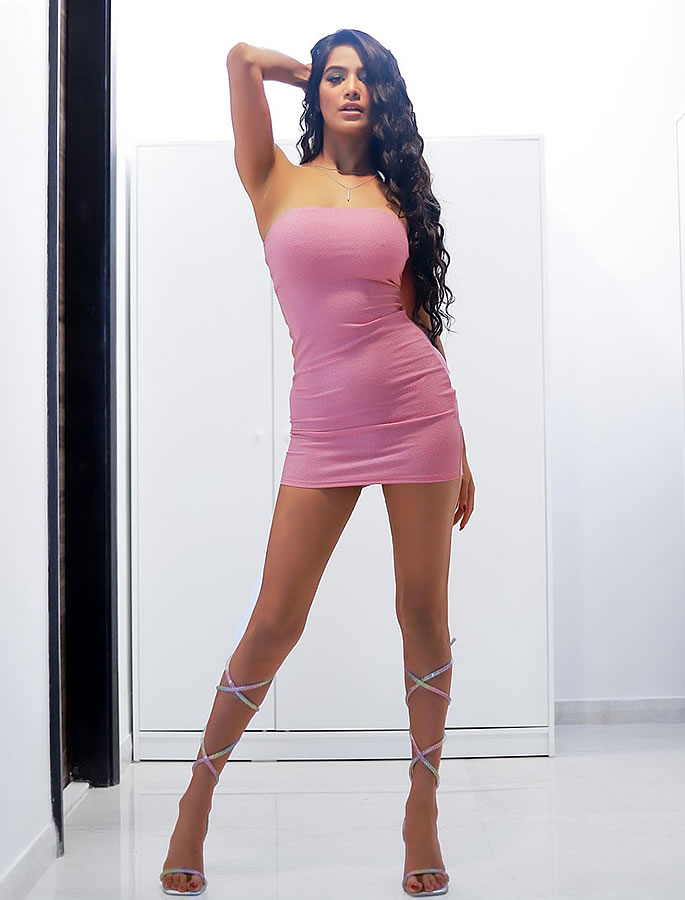 Others also expressed their dismay at Poonam’s revealing look.

One person said: “Somebody get her some clothes.”

Another commented: “Showing yourself has become fashion nowadays.”

A third user said: “Seems like she went out wearing a towel directly after bathing.”

One netizen said that the dress was so tiny, that it looked like Poonam was naked, wearing just pink body paint.

The user asked: “Have you got your body painted? So much change.”

Comparing the thigh-skimming dress with Poonam’s explicit videos, one wrote:

One person body-shamed Poonam for her slim figure, asking:

“Do these people even eat?” 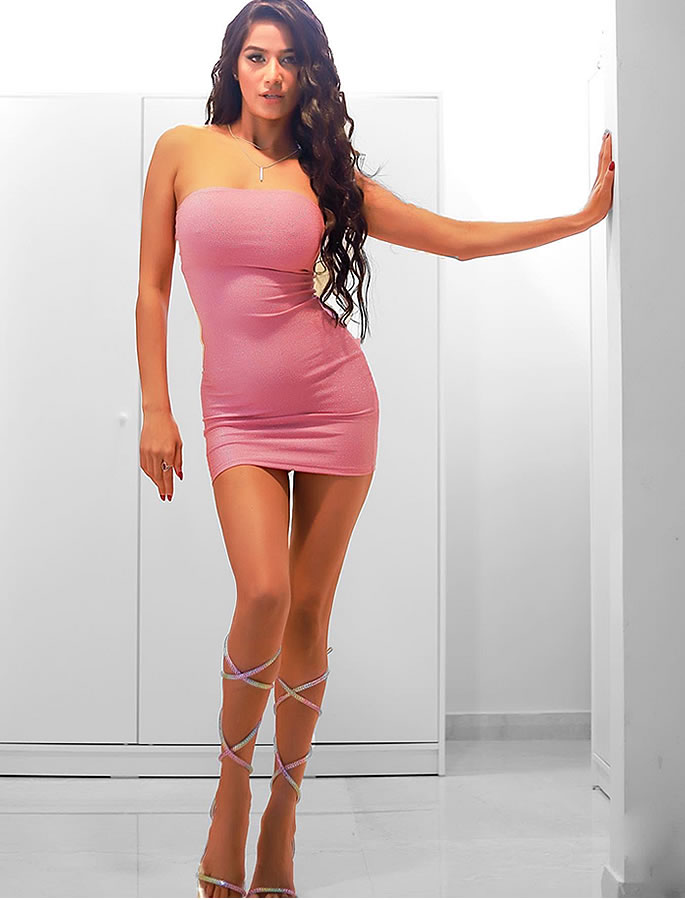 In addition to her explicit pictures and videos, Poonam Pandey is known for her outspoken nature.

Poonam was in the headlines when she was asked about the government’s efforts to curb India’s population boom.

She bluntly responded: “Don’t have kids.”

Whilst on the show, she told viewers that if they saved her from eviction, she would take off her top.

She ended up being saved and fulfilled her promise but not in the way many would have expected.

Poonam stood in the main communal area and ensured that none of her inmates were around.

She then lifted her top up and removed it, but it was not what some viewers expected as Poonam was wearing a bra underneath.

Poonam Pandey later stated that she did not go fully topless because she did not want to break the show’s rules.

Dhiren is a journalism graduate with a passion for gaming, watching films and sports. He also enjoys cooking from time to time. His motto is to “Live life one day at a time.”
Desi Designers take Centre Stage at South Asian NYFW
Janhvi Kapoor turns up the heat in Plunging White Dress