A Papa John’s franchisee has been accused of stealing £250,000 of taxpayers’ money by exploiting the Eat Out to Help Out scheme.

"It was pure greed. He didn't need extra money."

Multimillionaire Papa John’s franchisee Raheel Choudhary is suspected to have stolen more than £250,000 of taxpayers’ cash by claiming fake Eat Out to Help Out meals.

He allegedly told staff to record thousands of “phantom covers” while the Government scheme was running. As the non-existent meals were classed as ‘Eat Out to Help Out’, taxpayers paid half the bill.

Many of his restaurants were ineligible because they were collection and delivery only. The scheme required diners to eat in.

As there was no revenue from the bogus meals, staff were instructed to record the “payments” as vouchers.

Sales reports indicate the number of payments in five of Mr Choudhary’s branches went from almost zero two months prior to the scheme to over £23,000 while it was underway.

The same branches recorded more than 1,700 Eat Out to Help Out orders despite not allowing customers to dine in.

Sources told the Daily Mail that this scam continued in the majority of his businesses, meaning the total falsely claimed would be over £250,000.

The scheme ran Mondays to Wednesdays from August 3-31. Diners got up to half their meal free up to £10 per customers if they ate at participating restaurants. Takeaways and deliveries were not included.

As Papa John’s runs a franchise system, individual franchisees like Mr Choudhary are responsible for running and managing the restaurants.

Before the scheme started, Papa John’s head office told franchisees not to register for Eat Out to Help Out, since most stores are takeaway and delivery only.

However, four of Mr Choudhary’s employees have alleged he exploited the scheme to run a “massive scam”.

Managers were promised huge bonuses for hitting targets of fake claims worth approximately £500 a day for branches with weekly turnovers of less than £10,000.

One manager said: “It was pure greed. He didn’t need extra money. His franchises were doing very well during Coronavirus because more people were ordering takeaways.

“Anyone who raised concerns got sacked or warned they would have their hours cut.”

“The staff are on zero-hours contracts, so they had no rights.” 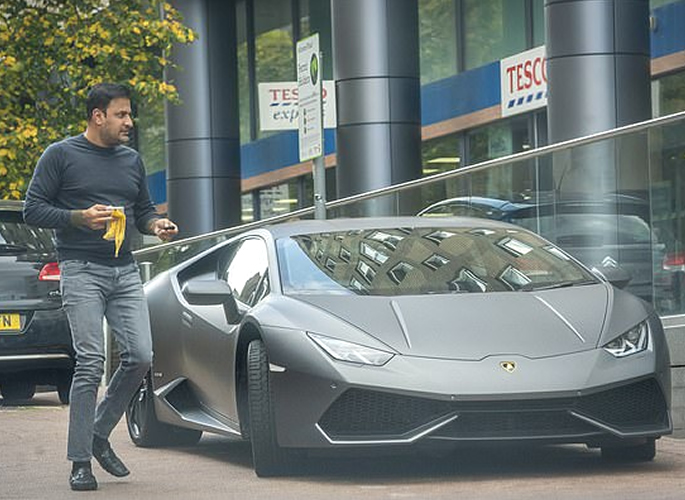 On August 3, 2020, his operations manager sent a message to the WhatsApp ‘management group’, saying:

“We are listed as participating in this scheme but NOT PROMOTING IT so only honour those orders where customers walk in and specifically enquire as PJs [Papa John’s head office] are not supporting us with this.”

During the first week, a few orders were put through. But the second week allegedly saw the business tycoon taking advantage of the scheme.

Sales reports show a huge increase in voucher payments that correspond with Eat Out to Help Out orders.

For example, Mr Choudhary’s West Norwood branch in south London had £44.96 voucher payments in July but £6,900.18 in August.

On September 7, Mr Choudhary’s operations manager sent another WhatsApp message in an attempt to cover up the surge in voucher payments.

“Hi All, From immediate effect all cash orders to be processed as voucher until further notice. Please let your teams know.”

“Everyone, please confirm on this group that you understood this message.”

“Money had to get out fast to save good companies devastated by the pandemic but we need advance tech in place to make sure it doesn’t go to bad people.”

Mr Choudhary has not addressed the allegations but later said that 40 of his franchises that have “seating capacity” took part in the scheme.

He said: “All customers who benefitted from the scheme ate in store and we are confident that we were fully compliant with the criteria set by the Government.”

A Papa John’s spokesperson said: “We are investigating these allegations thoroughly and we will be extremely concerned and disappointed if they prove to be true.

“All of Papa John’s UK stores are run by franchisees and we made it very clear to all franchisees that we felt it unlikely that they would be eligible to participate in Eat Out To Help Out.

“It is important that our investigation is completed fully before drawing any conclusions, but if any franchisee participated improperly in EOTHO, they will have been in breach of their franchise agreement with us, and we will require them to make things right.”