Pakistan has banned its own Oscars entry ‘Joyland’ for its “highly objectionable material”, leading to backlash.

“It is only with threats and bullying"

The film tells the tale of a man who falls in love with a transgender woman.

While the film was critically praised overseas, some religious groups in Pakistan complained about the “highly objectionable material”.

“Written complaints were received that the film contains highly objectionable material which do not conform with the social values and moral standards of our society and is clearly repugnant to the norms of ‘decency and morality’ as laid down in Section 9 of the Motion Picture Ordinance, 1979.”

Joyland‘s licence was withdrawn, meaning it can no longer be screened in Pakistan.

This has led to outrage, with many of the film’s stars calling for the ban to be overturned.

“Despite all the love the film has received around the world, we were most excited to bring the film home to the people this story was written for.

“It had been approved for release by three different Pakistani censor boards since August.

“It is only with threats and bullying that a small minority of right-wing hate mongers were able to rescind our certificate to release.”

“And now our government owes us answers. How can a film that was approved by the legally mandated procedure be termed ‘uncertified’?

“Does the censor board admit that it was unable to do its job and needed unappointed loudmouths to tell them what Pakistani values are?”

Raasti believes that the film is a positive thing for the image of Pakistan.

“Again and again, we are told that those who speak the truth in Pakistan are ‘painting a negative image’ of the country.

“All Joyland has done is win Pakistan praise and accolades around the globe.”

“It has generated a conversation on the brilliance of Pakistani art.”

The actress ended her heartfelt post by emphasising that fans should “fight” against authorities and have the right to watch a film “made” for Pakistanis:

“There is an unflinching honesty and empathy embedded in every character, every conflict, every frame of this story.

“I stand by this film, and everything that it says, with every fibre of my being.

“This film was made for you, Pakistan, and I hope you fight with us to see it.”

Social media users have also called for the film to be released.

Sociologist Nida Kirmani said: “Just found out that Joyland isn’t being released in Pakistan, a film that has been winning high praise from international audiences.

“Our decision-makers are still treating Pakistani audiences like children, depriving us of art and culture under the guise of morality.”

However, senator Mushtaq Ahmad Khan welcomed the ban. He tweeted:

“Nothing un-Islamic can happen here.”

Joyland has received top global awards, including the Queer Palm, which is the Cannes Film Festival’s LGBTQ prize. 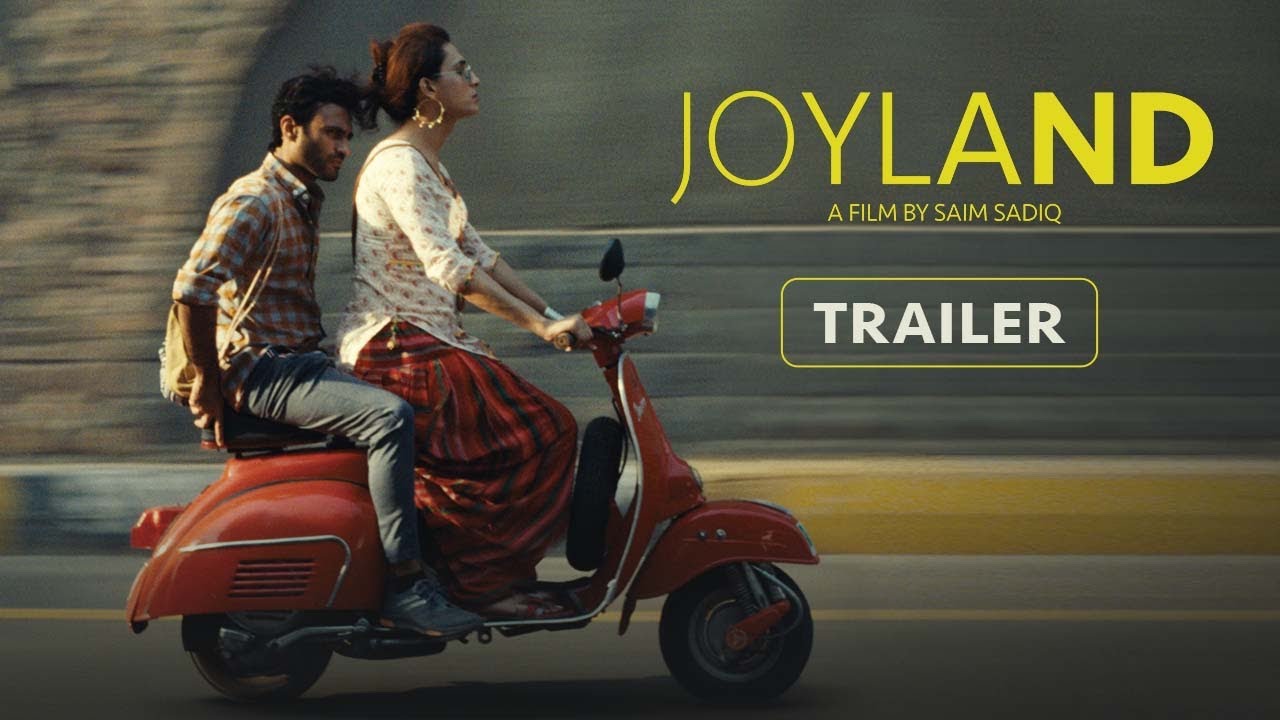 Ilsa is a digital marketeer and journalist. Her interests include politics, literature, religion and football. Her motto is “Give people their flowers whilst they’re still around to smell them.”
Arbaaz Khan discusses 21-year Age Gap with Giorgia Andriani
Veteran Telugu actor Krishna passes away at 79