Bollywood actor Nawazuddin Siddiqui has finally reacted to the shocking allegations that were made by his estranged wife Aaliya.

"his family has mentally and physically tortured me a lot."

Nawazuddin Siddiqui has now reacted to his estranged wife Aaliya’s shocking allegations against him.

The Sacred Games actor has stayed silent over the issue since Aaliya, who has since changed her name to Anjali Kishore Pandey, made several accusations.

According to the Times of India, Nawazuddin has now responded by sending his estranged wife a legal notice with subject to engaging in fraud, willful and planned defamation as well as slander of character.

In the notice, it was stated that Nawazuddin had replied to Aaliya’s divorce notice on May 19, 2020, which is within the stipulated time of 15 days.

However, Aaliya has claimed “that she has not received any response from the actor”.

Aaliya alleged that the actor had stopped giving her the agreed monthly allowance, leaving her unable to pay the school fees for their children.

She went on to claim that she had to sell her car in order to pay her lawyer’s fees.

She said: “I had to sell my car 15 days back as I had to pay my lawyer his fees and maintenance of the house. That car was also on loan so I hardly got anything.”

Aaliya accused Nawazuddin of giving her financial problems so that she would give in and stop her legal battle against him. 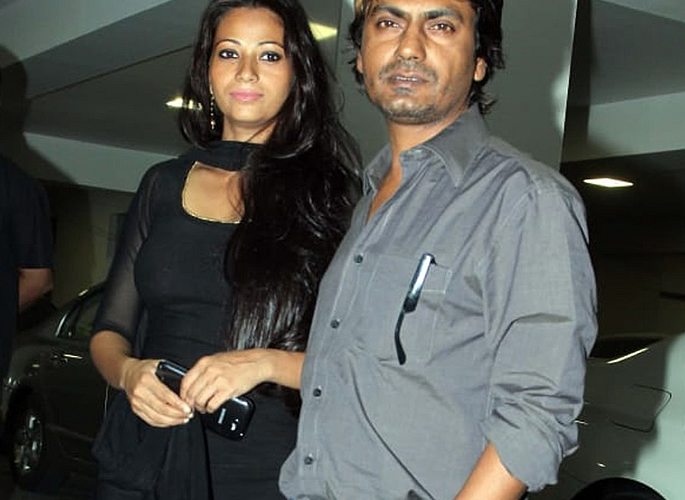 However, she stated that she will continue her legal fight and has no intention of going back to him.

Aaliya previously claimed that she and her husband regularly argued and that his family mentally and physically tortured her.

She had said: “He [Nawazuddin] had never raised his hands on me but the shouting and arguments had become unbearable.

“You could say though that only that was left. Yes, but his family has mentally and physically tortured me a lot.

“His brother had even hit me. His mother, brothers and sisters-in-law used to stay with us only in Mumbai. So, I’ve been bearing a lot for too many years.”

Following the allegations of not paying maintenance, Nawazuddin has responded. In his notice, he has said that he has been paying for their children’s expenses and education.

“EMI is still being paid by my client. Other children related expenses too.”

“Divorce notice was replied to but again, she has stated the contrary in order to defame through this well-thought slander campaign.”

In the notice, Nawazuddin Siddiqui went on to say that Aaliya should refrain from making any defamatory comments against him.

He has told her to issue a written clarification and retract her statements against him.

The actor’s legal team are set to take further steps based on the written clarification that they receive from Aaliya.

Dhiren is a journalism graduate with a passion for gaming, watching films and sports. He also enjoys cooking from time to time. His motto is to “Live life one day at a time.”
Priyanka Chopra demands Justice for Jayaraj and Fenix
Saheefa Jabbar fought with Iqra Aziz & Yasir Hussain?