Murdered student Nusrat Jahan Rafi wrote about the sexual abuse she suffered at the hands of her school principal in her exercise book.

"what other parts he wanted to touch?"

The sexual abuse that Nusrat Jahan Rafi, of Sonagazi, endured from the principal at her institution was written in her exercise book.

However, the Bangladeshi student was allegedly murdered for refusing to withdraw a case filed against Siraj-ud-Daula. It is believed that four people set Nusrat on fire at the school.

They took her to the roof of Sonagazi Islamia Senior Fazil Madrasa claiming that one of her friends was being assaulted. The suspects then poured kerosene on her and set her alight.

She spoke about Daula’s sexual abuse which led to many people in Feni, Bangladesh demanding justice. The widespread outcry resulted in his arrest.

It was alleged that two men identified as Nuruddin and Shahadat were involved in the murder on April 6, 2019.

The incident generated public outrage which resulted in the two men going on the run. Nusrat’s brother filed a case against the suspects.

Nuruddin was arrested by investigators from the Police Bureau of Investigation (PBI).

Some of the teachers and locals claimed that the two had threatened Nusrat’s relatives to withdraw the sexual harassment case.

Police have kept Nusrat’s exercise book as evidence which revealed what Daula did to her as well as asking for support from her peers.

She had written: “How do you demand Siraj-ud-Daula’s freedom even after knowing everything about him?

“Don’t you know what happened on that day in the class, on what parts of my body he placed his hand and what other parts he wanted to touch?

“He told me not to hide my feelings ‘Don’t you feel good when you romance boys? What can they give you?’ he asked me and said he would give me question papers during exams.” 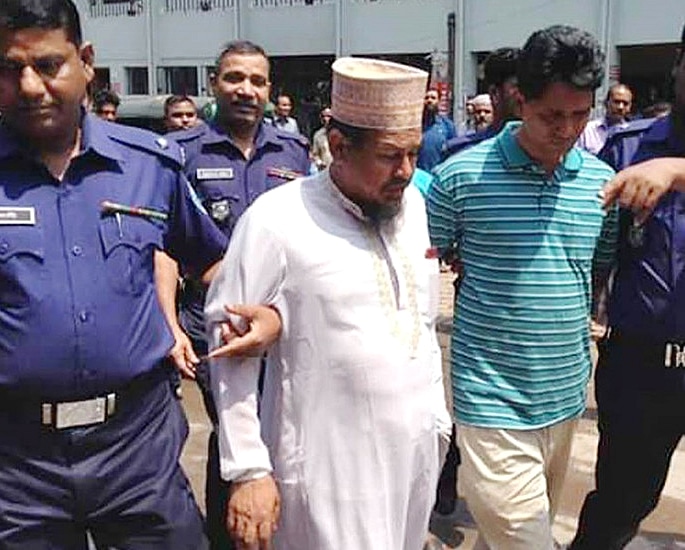 Inspector Hosain said: “It will come in handy in the case initiated by Nusrat’s brother.

“Police will check the credibility of the writings. We will question those named here.”

While Daula and Nuruddin have been arrested in connection to the case, the other perpetrators remain at large.

It is believed that burqa-clad women were among those who carried out the murder of Nusrat.

Moksud Alam was also arrested in Dhaka for leading a demonstration urging for the release of Daula. He is a local leader of the Awami League (AL).

The Dhaka Metropolitan Police and PBI jointly arrested Alam and was taken to Feni.

A total of 11 people have been arrested in connection with the murder of Nusrat and the case continues regarding the sexual harassment that she alleged against Daula.

Dhiren is a journalism graduate with a passion for gaming, watching films and sports. He also enjoys cooking from time to time. His motto is to “Live life one day at a time.”
Indian Girl aged 12 has Baby after Rape by Stepfather
Indian Man kills Wife for Watching Movies All Night