Married Men robbed and forced Teen to Steal for Them

Two married men from Leicestershire robbed a teenager. They then forced the 17-year-old boy to steal a number of goods for them.

"You subjected him to almost sadistic torture."

Two married men from Leicestershire received detention sentences for subjecting a teenager to “almost sadistic torture” and forced him to steal for them.

Initially, he willingly went with them in a car, but things soon turned nasty.

Din and Ali, both aged 19 at the time, threatened the teenager with a 12-inch knife.

The prosecutor Richard Thatcher explained that they forced the boy to hand over £10 and his mobile phone.

They drove him around Leicester and Oadby, forcing him to go into approximately a dozen shops to steal things but he was too scared to take anything.

On one occasion, the boy was ordered into a phone shop and told what to say, but he failed to steal from the shop.

Din and Ali, who had previous convictions for robbery, then gave the boy several options that would involve him being tortured, killed or taking part in their plan to make money.

They also threatened to harm his mother and grandmother. Din and Ali told him they had a warehouse where they would torture him and set him on fire.

Mr Thatcher said: “The complainant wasn’t allowed to (leave) and made no attempt to escape until later.

“He was forced to go into a variety of shops.”

One shopkeeper in Willowbrook Road, Leicester, was worried about the boy’s “physical shaking” in the shop.

He left the shop but soon returned to ask for a tissue, having bitten his own fingers with anxiety. 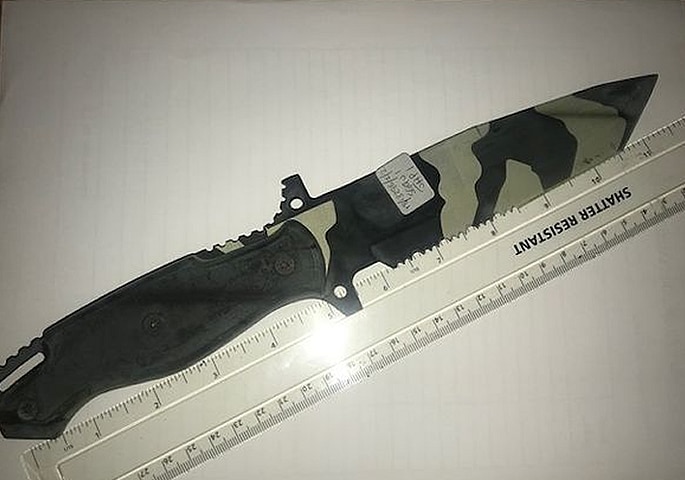 Din and Ali eventually gave him a knife and ordered him to rob someone in Humberstone Park. However, the distressed teenager ran home and his grandmother called the police.

Din, of Rowlatts Hill, and Ali, of Syston, both admitted robbing the victim.

They also admitted inciting or encouraging him to commit shop thefts during the several hour ordeal on December 7, 2018.

Din confessed to driving while disqualified on the same date and had breached a 45 week suspended sentence.

Judge Nicholas Dean QC told the married men: “He was a young man with vulnerabilities.

“You subjected him to almost sadistic torture.

“Both of you have previously been in trouble for robbery and both have bad records for your age. This was serious offending.”

Judge Dean said that he was taking their ages into account when sentencing.

Mr Thatcher read out a victim impact statement from the victim which read:

“It really upset me. These guys threatened my mum who hasn’t been very well and I worry about her.”

“They knew exactly what to say to hurt me.”

The boy explained that he was too scared to go out from three months and missed lessons on a course.

He added: “It had a real impact on my life.”

The defence counsel for the now 20-year-old men said they were still young men who had been peer pressured at the time of the incident.

The court heard they were married men and Ali’s wife had a baby in March 2019 and Din’s wife is set to give birth in the coming weeks.

The court heard Ali had been in a downward spiral after losing his job. He regretted what happened and wished to apologise to the victim.

Din was said to be determined to stay away from negative influences and was ashamed of his actions.

Leicester Mercury reported that both were given indefinite restraining orders banning any future contact with the teenager or his grandmother.

Detective Constable Anna Thorpe stated: “Mudassir Din and Khalil Ali’s actions left the victim terrified as they held him against his will and made numerous threats purely for their own gain.

“The victim has shown true bravery throughout this investigation which has ultimately led to this conviction and I thank him for his cooperation with us.

“I hope this result helps him and his family in some small way following the horrific ordeal which he was subjected to.”

Dhiren is a journalism graduate with a passion for gaming, watching films and sports. He also enjoys cooking from time to time. His motto is to “Live life one day at a time.”
Five Charged over $100m Money Laundering Syndicate
Man beat and threatened Chef with his Kitchen Knife