Shashi Dhar Sahnan, of Leicester, is at large and is on the National Crime Agency’s most wanted list. Details of his crimes have been released.

Shashi Dhar Sahnan remains on the run after ten years. He is one of the UK’s most wanted criminals and was linked to a £1.6 million heroin stash that was discovered at a Birmingham depot.

The National Crime Agency (NCA) has appealed to the public to try and catch him.

Police believe Sahnan, of Leicester, was a major figure in a sophisticated conspiracy to import thirty kilograms of heroin from Turkey to Leicester in 2007.

In July 2007, they discovered a stash of compressed heroin within a consignment of chiller units at a Birmingham freight depot.

It was one of the largest seizures ever made by Leicestershire Police.

The heroin was removed by officials and allowed the shipment to continue its journey to Leicester under police surveillance.

Police subsequently raided a city centre business on Midland Street after it was delivered.

Sahnan went on the run while two brothers from Leicester were arrested and went to trial for their involvement in the conspiracy. 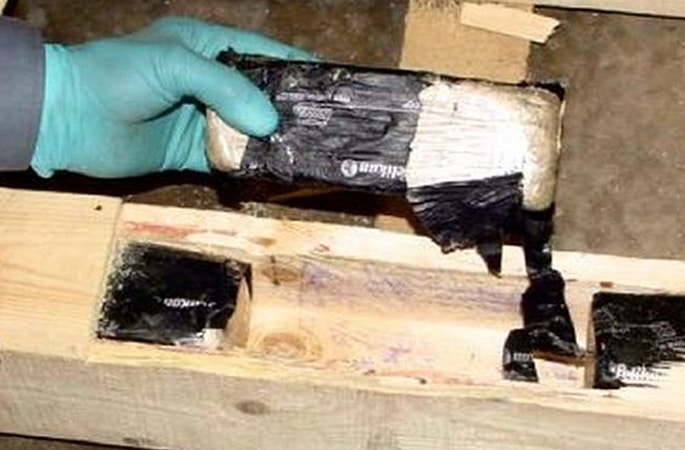 The brothers were jailed for a combined total of forty-three years and had hundreds of thousands of pounds worth of assets seized under the Proceeds of Crime Act.

Meanwhile, 61-year-old Sahnan was still at large and was later named as one of the UK’s “most wanted” by the NCA.

It is believed he fled to Spain. Sahnan became one of the main targets of an operation to find suspects allegedly hiding in Spain.

A spokesperson for Leicestershire Police said:

“We can confirm he is still outstanding and we would urge anyone with information about his whereabouts to contact us.”

In December 2009, Babu and Bharat Sarsia appeared at Nottingham Crown Court charged with drug importation, which they were later found guilty of.

During their trial, it was heard they previously smuggled a further nine shipments of heroin using the same method and believed to be worth approximately £10 million.

“This was a well-organised plot to smuggle large quantities of high-grade heroin into the country and on to the streets of Leicestershire.

“The chiller units themselves cost between £2,500 and £4,000 each and were imported purely to cover up the drugs operation.

“They were not sold on or used for anything.”

Shashi Dhar Sahnan was born in India and has been described as five foot seven. He is of stocky build and he wears a hearing aid in his right ear.

Those with information have been advised to call Leicestershire Police on 101 or contact Crimestoppers on 0800 555 111.

Dhiren is a journalism graduate with a passion for gaming, watching films and sports. He also enjoys cooking from time to time. His motto is to “Live life one day at a time.”
Indian Girl aged 3 Gang-Raped & Beheaded after being Kidnapped
Indian Wife forced to Drink Mosquito Repellent & Murdered