Bollywood actress Kareena Kapoor Khan has announced the start of her new fitness journey, which comes weeks after welcoming her second child.

Kareena Kapoor Khan has recently dropped hints that she is starting a fitness journey, just weeks after giving birth to her second child.

Since the announcement of her second pregnancy in 2020, Kareena Kapoor Khan has shared images of her maternity journey on social media.

Now, a month after the little one’s arrival, Kareena seems keen to get back into her normal routine with a new post-birth fitness journey.

The Bollywood beauty uploaded two pictures to her Instagram story, sharing her new venture with her fans and followers.

One picture featured a watch on Kareena’s wrist highlighting her step count and the calories she had burnt during a workout. The second picture was a pair of neon-coloured trainers. 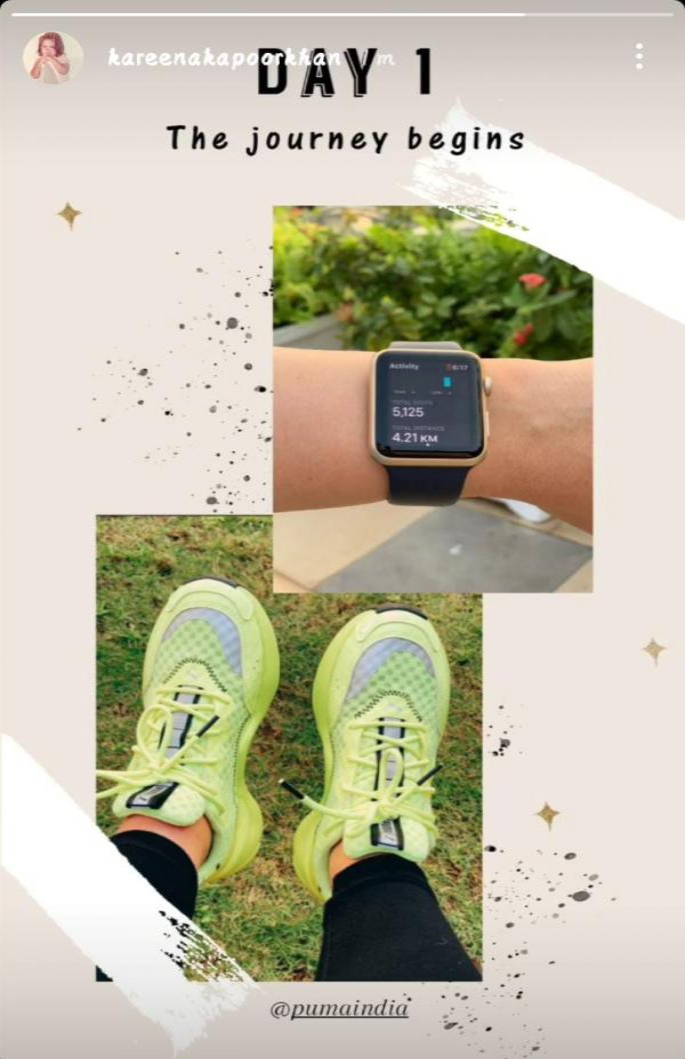 Kareena Kapoor Khan’s most recent Instagram activity comes shortly after giving her eagle-eyed fans a glimpse of her newborn baby.

The actress posted a black and white photo of her holding her infant son, while expertly hiding his face.

One user commented: “We can’t stop staring at you.”

Hiding his face for the picture, Kareena has made it clear that she plans to keep her son’s identity a secret for now.

As well as being careful to not reveal her newborn’s face, Kareena and Saif are yet to announce the name of their newest arrival.

Kareena Kapoor Khan did not stop working throughout her second pregnancy, and her next on-screen appearance is due later in 2021.

Kareena will be next seen in Laal Singh Chaddha, the Bollywood remake of the Hollywood classic Forrest Gump.

Established actor Aamir Khan is also starring in the film, which is due for release in 2021.

Laal Singh Chaddha will be Kareena’s third collaboration with Aamir Khan after 3 Idiots and Talaash: The Answer Lies Within.

Kareena Kapoor Khan is also due to star in KJo’s upcoming period drama Takht. The film reportedly also has a release date for 2021.