‘Bigg Boss 16’ may have just started but it seems Tina Datta has already emerged as a fan favourite among viewers.

"Tina Datta has the potential to be the winner"

It may be the early stages of Bigg Boss 16, but Tina Datta is already winning fans.

The actress is known for her role in popular soap opera Uttaran and in Bigg Boss 16, fans are loving the no-nonsense way Tina conducts herself.

She got into an argument with actress and politician Archana Gautam after the latter unnecessarily tried to pick a fight with her.

Archana falsely accused Tina of leaving the gas on after she had finished cooking.

Tina calmly explained that she switched off the gas but Archana continued to make false allegations.

Tina then ignored Archana and it eventually led to Archana giving up on her attempt to pick a fight with her fellow housemate.

Meanwhile, fans are loving the growing friendship between Tina and singer Abdu Rozik.

And then these two, they have a cute nok jhok wali chemistry ?#TinaDatta #AbduRoziq #BiggBoss16 pic.twitter.com/FzRRzH1aD4

One instance saw the pair having a conversation before Abdu gave Tina a teddy bear. The pair were seen smiling at one another and enjoying each other’s company.

One viewer commented: “I found her calm and sensible. And her moments with Abdu were extremely cute.”

Another moment that seemed to be a hit among viewers was when Tina gave a savage reply to controversial filmmaker Sajid Khan’s comment.

Tina replied: “Don’t eat if you don’t like it.”

Her reply shocked Sajid and he said: “Really?”

The moment resulted in an awkward silence between the housemates but those watching on TV enjoyed Tina putting Sajid in his place.

One person said: “I swear, the way these boys and men think they can joke about anything to girls, just give them a reply like Tina Datta.” 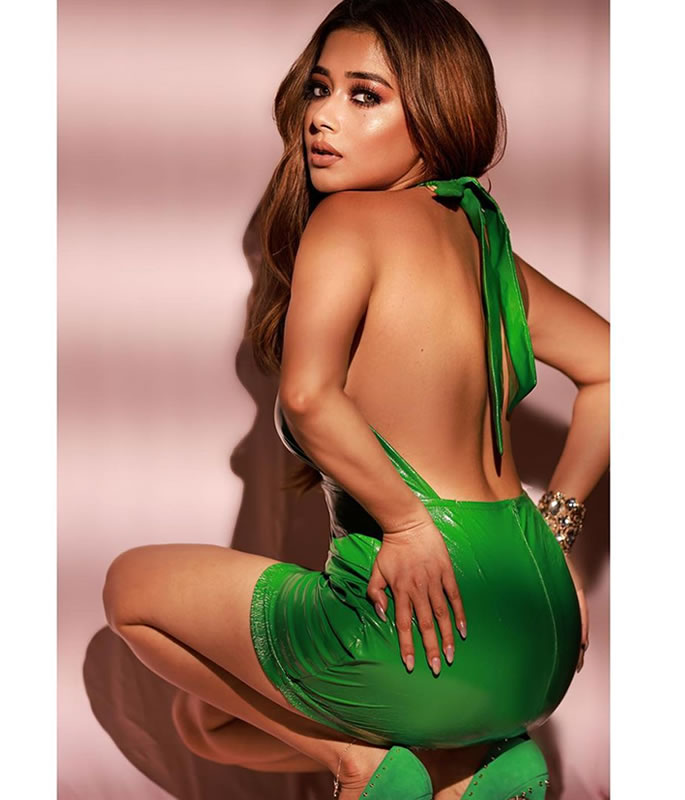 The incident led social media users to point out how Tina does not create unnecessary drama while also standing up for herself.

“She is coming out as the most sophisticated and savage contestant without making any unnecessary noise.”

Another said: “Tina Datta is a sensible and settled girl, she is not gonna entertain any stupidness and give an appropriate reply when needed.”

A third person wrote: “Tina Datta has the potential to be the winner of #BB16.

“She is taking a stand for herself, She is not creating any drama or not picking up any unnecessary fight. She is giving back with grace and elegance.

“If she continues playing like this she can be the winner.”

The support Tina has received so far is evident as her Instagram following has increased to 2.9 million.

It will be interesting to see if Tina Datta can continue winning fans as the show progresses.

Dhiren is a journalism graduate with a passion for gaming, watching films and sports. He also enjoys cooking from time to time. His motto is to “Live life one day at a time.”
How Much is Sumbul Touqeer Khan being Paid for Bigg Boss 16?
Is Prabhas angry with Om Raut over Adipurush?