Fugitive Nirav Modi has been spotted living in London. He is India’s most wanted after he was one of the prime suspects in the Punjab National Bank Scam.

Modi changed his appearance to avoid being noticed.

Fugitive businessman Nirav Modi, aged 48, has been spotted living in London. He is wanted for his alleged part in the Punjab National Bank scam.

The diamond merchant now lives in an £8 million apartment in London’s West End and is reportedly involved with a new diamond business.

Modi is believed to be renting a three-bedroom flat which occupies half of a floor of the Centre Point tower block. It is estimated to cost £17,000 (Rs. 15 Lakh) per month.

The Telegraph newspaper released a video of Modi walking freely on the streets of London and sporting a new look.

He now has a handlebar moustache and beard. He was also wearing an Ostrich Hide jacket, estimated to cost £10,000 (Rs. 9 Lakh).

When he is confronted over the various allegations against him, Modi simply replies “no comment” and continues to smile.

He is India’s most wanted man after he and his partners allegedly defrauded the Punjab National Bank for Rs. 280 Crore (£31 million) in 2018.

They fraudulently obtained Letters of Undertaking for making payments overseas. This resulted in a huge financial loss for the bank.

The overall loss as a result of the scam is in the region of £1.5 billion (Rs. 13,000 Crore), making it the biggest banking fraud in India’s history.

Exclusive: Telegraph journalists tracked down Nirav Modi, the billionaire diamond tycoon who is a suspect for the biggest banking fraud in India's historyhttps://t.co/PpsjGeFEsy pic.twitter.com/v3dN5NotzQ

Despite the Indian authorities freezing his bank accounts and an Interpol red notice being issued for his arrest, Modi is involved in a new diamond business in London.

A source has stated that the businessman was given a National Insurance number, meaning he can legally work in the UK and has used British bank accounts.

Intel agencies had previously noted that Modi changed his appearance to avoid being noticed.

An extradition request against Nirav Modi has been pending since September 2018 before the UK authorities. 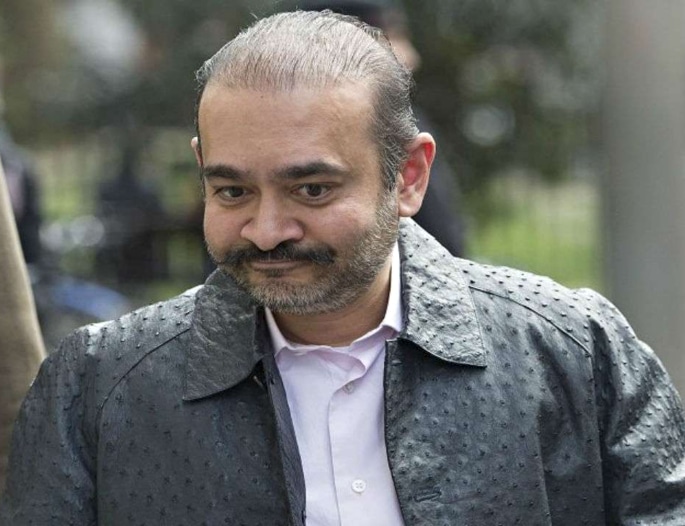 Investigative agencies in India have said that they are not happy with the UK authorities over the developments in connection with Modi’s extradition.

“After a Red Corner Notice was issued against Modi, we sent an extradition request to UK authorities with his address.”

“The authorities were expected to provisionally arrest Modi so that judicial process can start but till date no action has been taken.”

The Enforcement Directorate (ED) also sent multiple reminders to the UK authorities to arrest the suspect, however, no action was taken.

They seized several properties belonging to Modi in connection with the Punjab National Bank fraud case.

The ED registered a money laundering case against Modi and others on February 15, 2018.

Several properties in India and abroad worth Rs. 1,700 Crore (£189 million) were also attached to the case.

In addition, valuables such as gold, diamonds and jewellery belonging to Modi was seized by investigators. The valuables were worth Rs. 490 Crore (£54 million).

A prosecution complaint was filed against Modi and the other suspects for money laundering.

Now it has been revealed that Nirav Modi is living in London, it may only be a matter of time before he is arrested by the authorities.

Dhiren is a journalism graduate with a passion for gaming, watching films and sports. He also enjoys cooking from time to time. His motto is to “Live life one day at a time.”
Uncle & Nephew sentenced for Selling Fake Designer Goods
Man commits ‘Suicide’ after Police found Grandson Buried