British colonialism has undoubtedly shaped anti-LGBTQ sentiments across the world. But how does it still affect countries today?

This was notably employed throughout India.

For most of the last two centuries, it was illegal to be homosexual across many regions of the world. The remnants of British colonialism have undoubtedly shaped anti-LGBTQ sentiments across the world.

But how does British colonialism still affect anti-LGBTQ laws across different countries today?

British colonialism laws against homosexuality are still in effect in former British colony hubs within continents such as Asia, Oceania and Africa.

It is currently illegal to be homosexual in around 69 nations, roughly two-thirds of which were once under British colonial power.

However, anti-LGBTQ laws implemented due to British colonialism can be assumed to have had the strongest influence in Asia.

Before the introduction of anti-LGBTQ laws by British colonialism, there is substantial evidence that individuals identifying as LGBTQ were treated equally alongside heterosexuals throughout Indian history.

For instance, the ancient Kama Sutra recognises the reality of transgender and non-binary persons.

Kinnar, also known as Hijra, has been acknowledged as a third gender from ancient times. 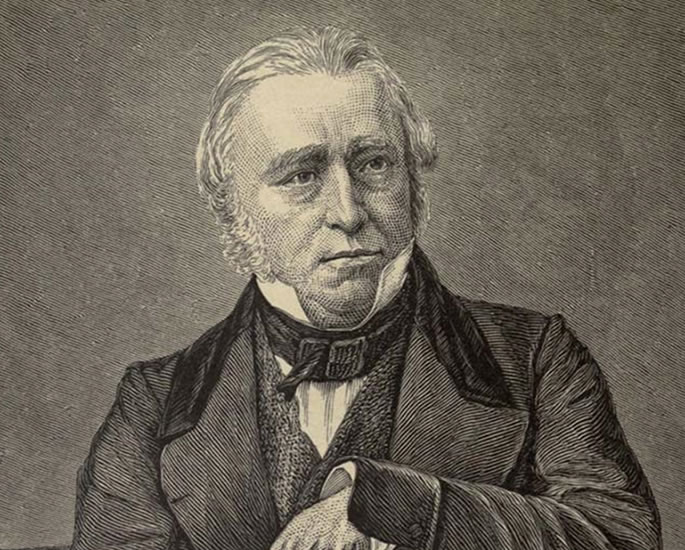 Before India legalised homosexual intercourse in 2018, at least one billion people were living in a territory with anti-LGBTQ laws.

This shift in cultural perspective can be linked to a specific rule that was initially developed in India and to a man’s effort to “modernise” the territory.

While there were several criminal codes in use throughout the British colonies, the Indian Penal Code (IPC), was drafted by British historian Lord Thomas Babington Macaulay and put into effect in 1862.

This was notably employed throughout India.

Lord Macaulay said the IPC would “modernise” India’s civilisation and be a “benefit” for that country.

It featured Article 377, which declared that anybody who engaged in “voluntarily carnal intercourse with any man, woman, or animal against the order of nature” would be subject to imprisonment or penalties.

In many other regions they went on to rule, the British used the IPC as the eurocentric foundation for their criminal legislation.

Punishments are between 2-20 years in jail.

Britain Acknowledges their Colonialist Past 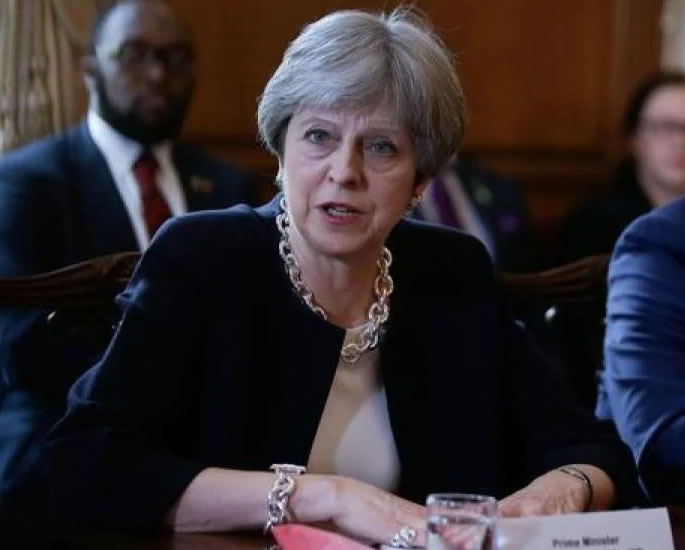 May said she understood Britain’s colonial history had a significant part to play in anti-LGBTQ laws. She said:

“I am all too aware that these laws were often put in place by my own country.

“They were wrong then and they are wrong now.”

She also used her address to expressly recognise British guilt without offering a formal apology:

“As the United Kingdom’s Prime Minister, I deeply regret both the fact that such laws were introduced and the legacy of discrimination, violence and death that persists today.”

Following a court decision decriminalising anti-LGBTQ laws in Trinidad and Tobago, Justice Devindra Rampersad of the state’s High Court found that sections 13 and 16 of the state’s Sexual Offenses Act are:

“Unconstitutional, illegal, null, void, invalid and of no effect to the extent that these laws criminalise any acts constituting consensual sexual conduct between adults.”

Trinidadian Anglican Bishop, Victor Gill appeared in an interview with BBC Radio 4’s Today Programme in 2018 in response to Britain publicly denouncing their role in the anti-LGBTQ laws across the British colonies.

Whilst criticising the verdict on the radio, Bishop Victor Gill termed Theresa May’s remarks as a type of “neo-colonialism” without seeing the irony that the anti-LGBTQ laws had been introduced by British colonial rule.

This interpretation reflects Britain’s “white saviour industrial complex” which again pursues countries in the third world, similar to its colonial past, and expects change and reform to take place according to their ideals.

The term was developed by Nigerian writer Teju Cole in 2012.

“White Saviour Industrial Complex is not about justice, it’s about having a big emotional experience that validates privilege…

“There is much more to doing good work than ‘making a difference’.

“There is the principle of first do no harm.

“There is the idea that those who are being helped ought to be consulted over the matters that concern them.”

For Britain, the change of anti-LGBTQ laws within its previous colonies relies on aligning with what is deemed moral in Western Europe.

However, it was in 1967 when Britain shifted its ideology and introduced the Sexual Offences Act 1967 – this law decriminalised private homosexual acts between men in the UK.

It is evident that there is still much to reform regarding anti-LGBTQ issues across the globe.

This is not an issue exclusive to cultures outside of Western Europe.

But the ruling of anti-LGBTQ laws in British colonies has only spread and continued the legacy of previous British ideals of anti-LGBTQ sentiment.

The Origins of Britain’s Anti-LGBTQ Laws 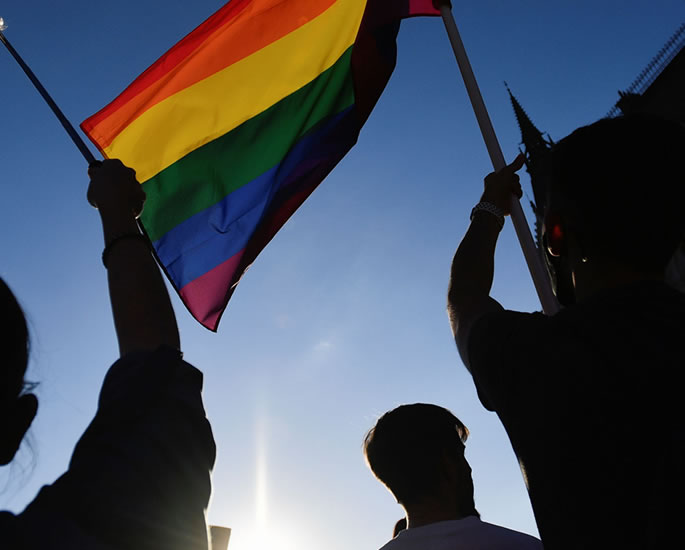 In British colonies, the combination of common law and legal codes was implemented starting in 1860 – this included anti-LGBTQ laws outlawing same-sex sexual activity.

With a moral and religious goal in mind, the British Empire created these criminal laws to protect the local Christians against “corruption”.

In 1788, the British colonised Australia and overhauled the legal system, including implementing anti-LGBTQ laws.

However, in both countries, laws criminalised same-sex sexual encounters.

Additionally, the British implemented a punishment of long-term imprisonment rather than execution in both India and Australia.

The other major European colonial powers, unlike the British, did not leave a similar institutional legacy on the criminalisation of homosexual activity.

In contrast to former colonies of other European nations, former British colonies are much more likely to still have these laws in force.

At least 38 of the 72 nations that still have such legislation in place were formerly ruled by the British in one way or another.

Although these laws appear to be identical on the surface in each of Britain’s colonies, they were written substantially differently and included punishments of various severity.

For example, anti-LGBTQ laws imposed on Ghana and other African nations with a British colonial past have different punishments for crime.

“Unnatural carnal knowledge” is now classified as a crime under Ghana’s penal law, with a maximum three-year prison term.

Meanwhile, homosexual acts in Kenya, Nigeria and the Gambia could result in prison sentences spanning more than 10 years.

The death sentence is the maximum punishment in Zambia and Uganda.

So why the distinction? 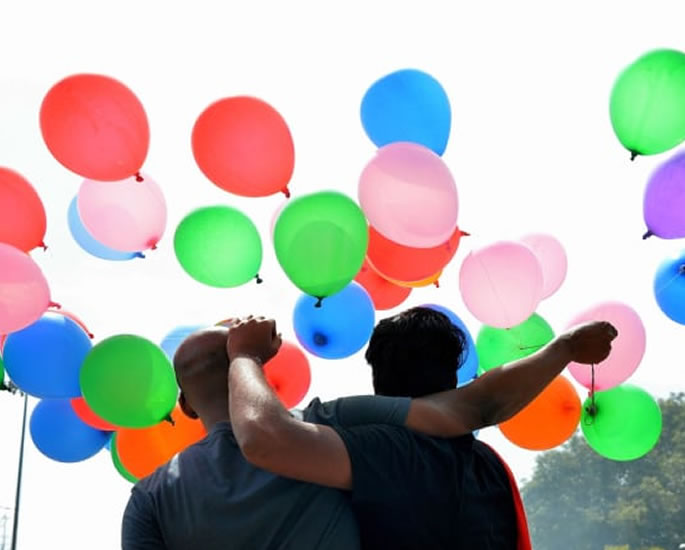 The criminalisation of having an LGBTQ identity did not take place in a structured format during the British colonial era.

The choice to introduce a criminal code into a colony seems to have been influenced by a variety of circumstances.

This could be because the British had previous experience introducing such legislation in other colonies.

As a result, British authorities from other colonies delivered colonial Ghana a unique colonial-era criminal law.

Colonialism in Britain is frequently discussed as if it were a point in the history of the past.

However, the lasting impacts of Britain’s colonial rule will always remain.

Even now, colonialism has a significant negative influence on LGBTQ rights in formerly colonised nations.

In instances like India, British colonialism likely brought anti-LGBTQ laws into the nations it occupied as part of its empire.

Many of the nations that still have anti-LGBTQ laws today acquired them from the British, who imposed and introduced their laws into these nations.

Ilsa is a digital marketeer and journalist. Her interests include politics, literature, religion and football. Her motto is “Give people their flowers whilst they’re still around to smell them.”
Man attacked Son-in-law with Meat Cleaver over ‘Feud’
How are Recent Strikes affecting University Students?