See the Household Appliances of the Future

The LG Signature line of premium fridge-freezers is pretty impressive

A recurring theme of 2016’s technology announcements has been the prevalence of the ‘Smart’ prefix on new gadgets.

In this regard, home appliances are no different. As technology advances, manufacturers look into how to improve on existing designs.

In 2016, new technology looks to improve our quality of life, our energy usage and our time management.

Here is a look at the future of home appliances. 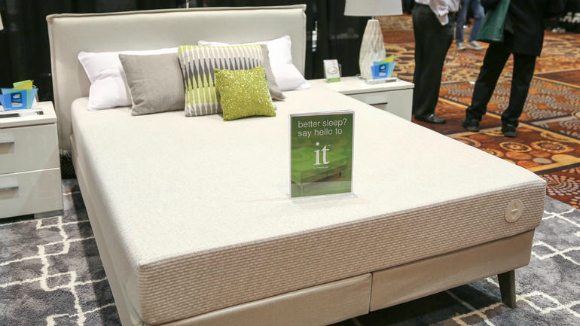 Bedroom tech specialists Sleepnumber announced their latest contribution to the household tech department with the ‘it bed’.

A new iteration of their Smart-bed range, the it bed uses the company’s proprietary SleepIQ technology to help measure the user’s heart rate, breathing and restfulness.

The companion Smartphone app will allow users to use their own biometric data for sleep pattern recommendations and to help improve their general resting state.

Everyone wants to feel safe without obsessing over their own security.

Netatmo’s security camera, Presence, is able to distinguish between humans, animals and vehicles.

It also doubles as a motion activated floodlight.

This new technology will help improve the quality of security alerts, as well as stopping stray squirrels from lighting up your garden like Wembley Arena. 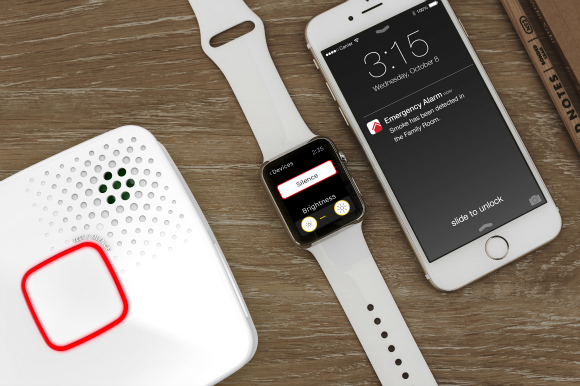 Smartphone notification has also been at the forefront of household safety.

First Alert have a new Smartdevice-pared CO monitor that will alert you if carbon monoxide levels get too high, even if you’re not in the house.

D-Link’s DCH-S165 fire alarm works in a similar way, discreetly informing you if your house in on fire.

While the ideal scenario is never needing to make use of these devices, they will be of great comfort to those who are away from home a lot. 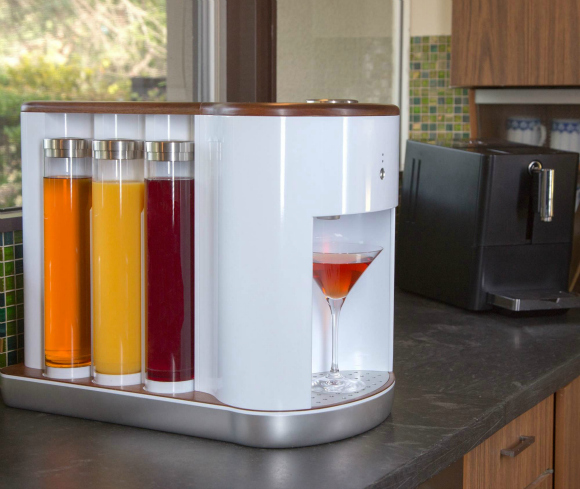 A prime candidate for ‘gadget no one needed ever’, the Somabar robotic cocktail maker is an all-in-one device for mixing and dispensing classic cocktails.

Six 750ml chambers containing standard cocktail ingrediants respond to any of a potential 300 recipes that can be browsed and chosen from a companion Smartphone app.

The device is also self cleaning, meaning that little input is needed from the user. Retailing at $450 (£310), however, makes this a premium flight of fancy more than a must have device. 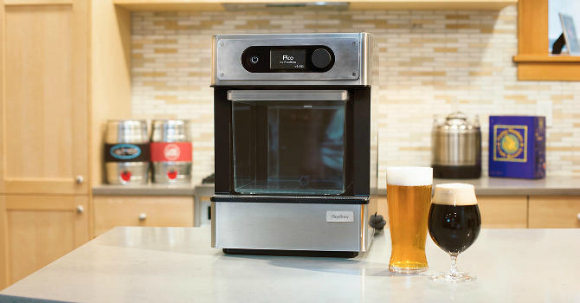 A packet mix of grains and hops allows users to tweak the body and bitterness of their brew at the touch of a dial.

Another pricey option, at $600 (£414), this is a gadget that will benefit those who like the spectacle and satisfaction of making something rather than being a cost-effective way to procure beer.

Pop a pod into the machine and enjoy a carbonated beverage in just over a minute.

Keurig have joined up with the Coca Cola Company to allow users to make their own branded soft drinks that taste almost exactly like their authentic canned counterparts.

Like the Picobrew, the major draw of the Kold is spectacle, rather than utility. The device would certainly make for a great party trick, however.

Samsung and LG both have unveiled new Fridge lines that come with a spattering of sexy new technologies. 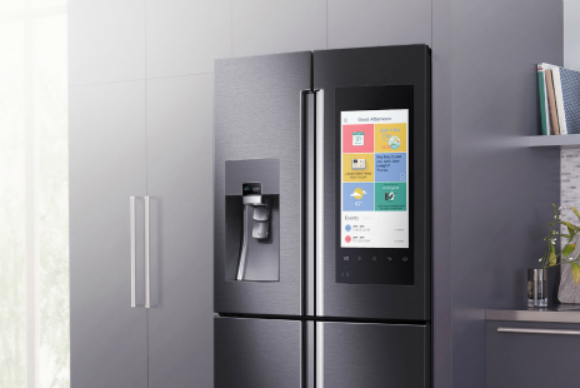 Samsung’s Family Hub has a number of new features, which include a 21 inch touch screen and an internal camera.

Currently the application only works with two major grocery retailers in the US, with the potential for more purchase options in the future.

The camera connects to a companion app that can be accessed anywhere, allowing users to scan the contents of the fridge and take a look while at the supermarket. 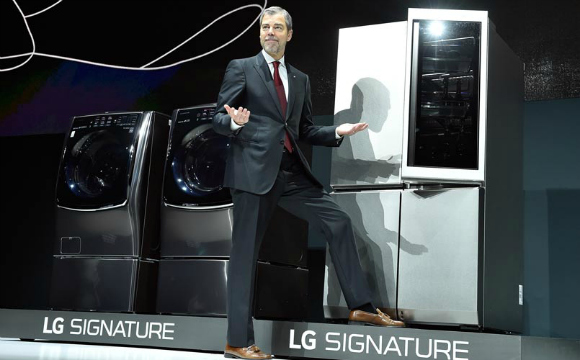 The LG Signature line of premium fridge-freezers is pretty impressive.

Using an advanced version of their door-in-door design, users can knock on the front panel of the fridge to make it transparent and light up the interior.

As a result, being able to look at the contents of a fridge without opening it will improve energy efficiency and reduce the wear on the motor.

On top of this, the new Signature line also contains a sophisticated floor level sensor that can be used to open the door automatically if the user’s hands are full.

LG’s sensor can also tell the difference between a foot, and a pet or baby.

Smart integration is the name of the game when it comes to home appliances.

The ubiquity of wireless technology in the modern home means that it has never been easier to synch various household devices.

But the real take away from the future of home appliances is that new household tech will be more energy efficient, time efficient and make household chores less dread inducing.