"Ready for the Return of Xander Cage? Teaser in two days!!!"

You can imagine the excitement among her fans around the world, who have been waiting with bated breath for any development on that front.

Lately, they have started a Twitter trend on the feisty character Deepika plays in the film, Serena Unger.

#SerenaUnger takes over Twitter as her fans begin counting down to the release of the film’s official trailer.

Deeps has been keeping her eager fans with updates of behind the scenes from the film – from training at the gym to dining with her co-stars.

She has revealed an enthralling never-seen-before poster in which we get a first look at Serena Unger.

The poster unveils her fierce side as the seductress, and features her silhouette with lines that read ‘I don’t believe in good guys’. 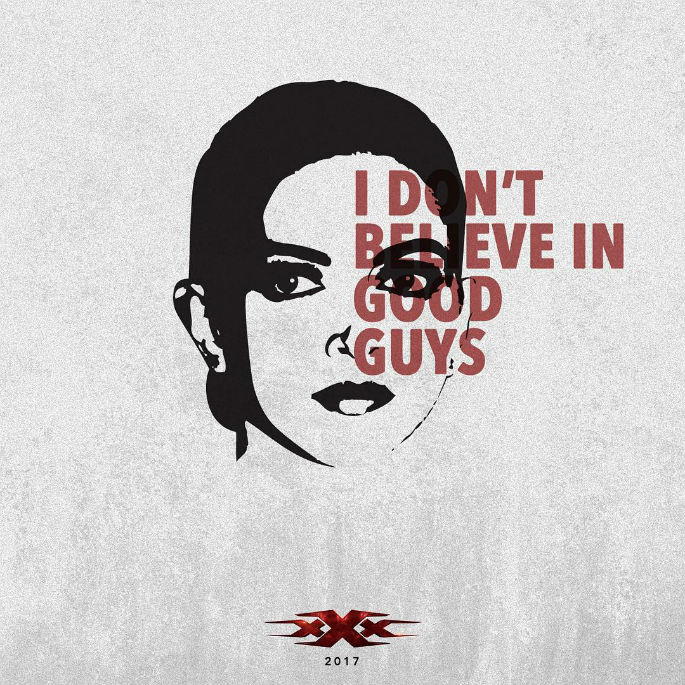 It seems that Serena is an ambitious girl with a past with ‘bad guys’ and shares a love-hate relationship with Xander Cage.

The minimalistic poster also reveals the official edgy red and silver logo of the film, a third instalment in the franchise.

Although nothing more has been revealed, Deepika’s mindset as the ‘badass’ woman who is ready to unveil her fierce side is quite evident from the post.

The Bajirao Mastani actress also shares a sneak peak of the film in a short video on Instagram:

The upcoming action thriller film is directed by DJ Caruso.

Deepika will share screen space with Fast and Furious star Vin Diesel as the protagonist.

The release date has been scheduled for January 20, 2017.