The FA is holding roadshows throughout the UK to encourage Asian footballers. There will be forums and outreach events to get more young British Asians playing the ‘beautiful game’.

There will be forums to encourage more youngsters to play the ‘beautiful game’.

The Football Association (FA) in England is currently holding a series of roadshows around the country to encourage young British Asians to become footballers.

These events are spanning some of the largest Asian communities throughout England, and consist of forums and outreach activities to encourage more youngsters to play the ‘beautiful game’.

The forums will be run with County FAs, who will join with professional and amateur clubs, as well as local community groups throughout the areas that will be targeted.

West Ham United’s Boleyn Ground was the host to the inaugural event, which took place on Tuesday 5th August 2014 at 6pm.

In a tour of many locations around England, the series of forums will conclude with an outreach day at Burnley’s Turf Moor on Thursday 18th September 2014. 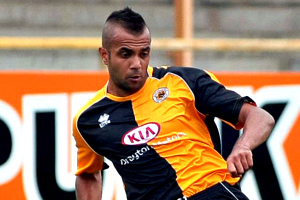 FA consultant Brendon Batson said of the programme: “We have developed, designed and consulted on our Asians in Football work through a nationwide network of contacts with knowledge of both football and local Asian communities.

“The Asian community is the largest diverse community in the UK, close to 5 per cent of the population or three million people.

“The several generations, nationalities and faiths that make up the Asian community are not represented in football. This is just one of the reasons why this work is very important.”

The views of Batson were echoed by Indy Aujila, who remains one of the few British Asian footballers who have made it to the professional level of the sport.

He said: “It’s great to see the FA engaging with the British Asian community and taking the lead on this issue.

“There needs to be a body of work done at grassroots level which has already started and which these sessions can help drive, whether these efforts are being reflected at the elite end of the game will probably surface as the forums unfold.”

Indeed, the British Asian community is very underrepresented in football, especially in the English Premier League.

Many have suggested that the lack of British Asian footballers could be due to discrimination within the sport.

Others have suggested that Asian youngsters might be put off with the extravagance of the culture associated with football in the UK, which often emphasises drinking and celebrity scandals.

It is hoped that by talking to local communities and engaging with young British Asians, the FA can overcome many of the negative stereotypes that surround football in this country, and get more youngsters playing the sport.

One coach keen to be a part of the programme is the British Asian football coach Pav Singh, who is a Bradford-based UEFA Coach.

He said: “This is a great opportunity for voices within the British Asian community to be heard. I’m keen to be part of the solution moving forward and hope others get involved too.”

These forum events mark an important step in the FA’s action plan to tackle the underrepresentation of British Asians in football.

Time will only tell how successful they are, but they could prove a real step forward in developing football within the UK’s largest ethnic minority.

The next FA forum and roadshow will be on the 4th September 2014 and will be held at the Riverside Football Ground in Nottingham.

Eleanor is an English undergraduate, who enjoys reading, writing and anything media related. Aside from journalism, she is also passionate about music and believes in the motto: “When you love what you do, you’ll never work another day in your life.”
PV Sindhu clinches World Badminton 2014 Bronze
India wins 2014 ODI Series in England