A female entrepreneur is the founder of GRID, a company that develops video games in order to inspire social change.

"why can't they be used to promote awareness"

Mariam made it onto Forbes’ Next 1000 List. The list showcases ambitious sole proprietors, self-funded shops and pre-revenue startups across the United States.

Mariam, who is based in Washington DC, is the founder of GRID (Gaming Revolution for International Development) and she leads a team of Pakistan-based game developers and designers.

She founded GRID in 2013 to create video games to educate, engage and empower people.

Mariam said: “Having grown up playing games such as Sim City, I knew games leave an impression on our brains that transcends the boundaries of the virtual world.

“I always thought if games related to building cities could teach urban planning, then why can’t they be used to promote awareness about issues such as climate action, women’s rights and equality, education, and animal welfare?”

According to Mariam, GRID is about changing how video games are created and used.

She says they are powerful communication tools so there is an opportunity to leverage this tool for a purpose beyond entertainment.

Mariam went on to say that video games that go beyond entertainment have the potential to influence other industries like education and marketing.

However, it does not happen very often.

“That’s because making video games is costly, complicated, and clunky.

“But for the last seven years, GRID has been building low-cost mobile games to inspire positive behavioural change.”

“Some of our games are in the pipeline to raise awareness about child abuse, financial literacy, and skills for the future.”

GRID is currently developing Breshna, a platform that creates video games with “no-code, at low cost and lightning speed”.

On Breshna, the entrepreneur said: “Breshna empowers anyone, with no coding or design experience, to create their video games for educational, marketing, and training purposes.

“Whether it is a teacher making a history quiz, a not-for-profit leader making a brochure on animal compassion, or a founder making a pitch deck, everyone could leverage Breshna to create fun and interactive video games to engage their audience.

“Say goodbye to that quiz, brochure, or slide deck and say hello to purposeful video games!”

On the importance of equal representation in STEM fields, Mariam said she would like to see more women.

“Women belong in all walks of life and it breaks my heart to see many of them self-selecting themselves out of STEM fields.

“We have to address our imposter syndrome upfront.

“Questions like ‘Am I good enough?’ or ‘Do I belong in this industry?’ espouse feelings of self-doubt, which compels women to shy away from unleashing their full potential in their professional careers.

“For all such women, I have two words: You belong!” 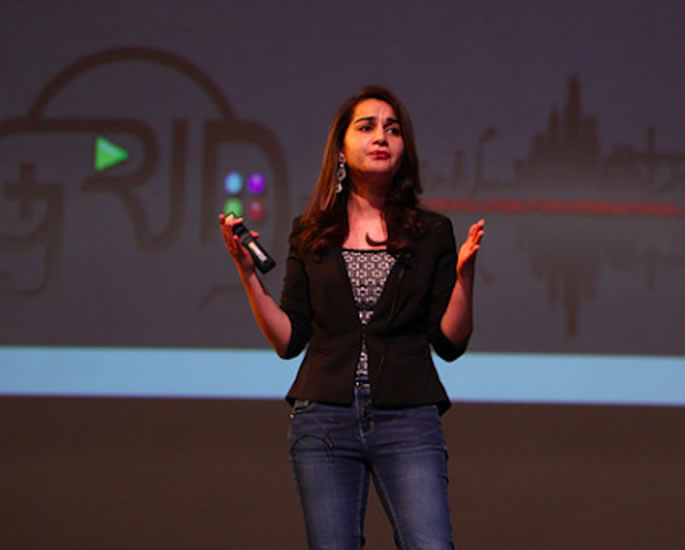 On her own challenges, Mariam said:

“As a woman of colour with a non-tech background and being a solo founder trying to enter the video games industry, I had the odds stacked against me.

“And while these odds are significant, they don’t disqualify me from the race and that’s what matters!”

“As long as I’m in the arena, I believe passion, purpose, and perseverance will get me closer to my goals.”

The entrepreneur says her success is down to the help from her family, friends, collaborators, investors, and the GRID team.

“[I am] especially grateful to my brother and the company’s Chief Operating Officer, Rizwan Nusrat.”

But she says her father has been her biggest inspiration.

She recalled: “I was 10 when my baba came back from work and sat me down for a little talk.

“He wrapped his fingers around mine, made a fist, and told me… the world is in your hands.

“While I have received (and forgotten) my fair share of parental advice, there was something about the certainty in his tone that stuck with me.

“Throughout my life, I have truly believed that if I put my entire passion, effort, creativity, and existence behind something, there is no goal that I cannot reach (Insha Allah).”

Mariam’s inclusion in Forbes’ Next 1000 List has left her feeling “immensely grateful”.

She added: “Moments like these are a testament to the passion, purpose, and perseverance that my team and I have poured into GRID but they also serve as the perfect refuelling stations along the entrepreneurial journey.

“It’s a time to pause, celebrate the win, and then return to our mission, with renewed commitment and conviction.

“This is just the beginning and we are thrilled about the potential of our journey.”

For the future, Mariam hopes to bring about positive change. She also had advice for Pakistani women who aspire to become tech entrepreneurs.

“Ideas are plenty, execution is what sets apart the doers from the thinkers!

“If you have an idea to solve a pain point that you see in the world, the only scenario where you ‘fail’ is the one where you do nothing about it.”

She also said that women should stop allowing their gender, educational background, income status and skin colour to hold them back.

The entrepreneur added: “All successful entrepreneurial journeys boil down to passion, purpose, and perseverance!”

Dhiren is a journalism graduate with a passion for gaming, watching films and sports. He also enjoys cooking from time to time. His motto is to “Live life one day at a time.”
Indian Mechanic transforms old Maruti into replica Lamborghini
9 Popular Music Streaming Apps in India