Does The Conservative Party have a ‘Muslimness’ Problem?

Boris Johnson announcing an inquiry into Nusrat Ghani’s allegations has raised the question. Do the Tories have a ‘Muslimness’ problem?

“I raised it several more times"

Questions have been raised about the alleged Islamophobia within the Conservative Party after politician Nusrat Ghani claimed that her ‘Muslimness’ was a reason for her sacking.

Ms Ghani claimed that her Muslim faith was raised by a government whip as a reason why she was sacked as a minister in 2020.

In 2018, Ms Ghani was appointed to a post at the Department for Transport, becoming the first female Muslim minister to speak in the Commons.

But she lost the job during a mini-reshuffle of Boris Johnson’s government in February 2020.

Speaking to the Sunday Times, Ms Ghani claimed that when she asked for an explanation, a government whip said her “Muslimness was raised as an issue” during discussions about the reshuffle and her status as a “Muslim woman… was making colleagues uncomfortable”.

She said: “It was like being punched in the stomach.

“I felt humiliated and powerless.

“I was told that at the reshuffle meeting in Downing Street that ‘Muslimness’ was raised as an ‘issue’, that my ‘Muslim women minister’ status was making colleagues uncomfortable and that there were concerns that I wasn’t loyal to the party as I didn’t do enough to defend the party against Islamophobia allegations.

“When I challenged whether this was in any way acceptable and made clear there was little I could do about my identity, I had to listen to a monologue on how hard it was to define when people are being racist and that the party doesn’t have a problem and I needed to do more to defend it.

“It was very clear to me that the whips and No 10 were holding me to a higher threshold of loyalty than others because of my background and faith.”

Ms Ghani went on to say that she dropped the allegations after being told that if she “persisted”, she “would be ostracised and her career and reputation would be destroyed”.

“I was extremely careful to follow procedure, and when the procedure ran out of road, I had no choice but to get on with my career.”

In a series of tweets, Mr Spencer identified himself as the person Ms Ghani accused but stated her allegations were “completely false” and “defamatory”.

The allegations have led to Prime Minister Boris Johnson ordering a formal inquiry.

In a brief statement, a Downing Street spokesperson said:

“The Prime Minister has asked the Cabinet Office to conduct an inquiry into the allegations made by Nusrat Ghani MP.

“At the time these allegations were first made, the prime minister recommended to her that she make a formal complaint to CCHQ [Conservative campaign headquarters]. She did not take up this offer.

My response to No10 announcement pic.twitter.com/Y3NOqQAk5G

Mr Zahawi tweeted: “There is no place for Islamophobia or any form of racism in our Conservative party.

“Nus Ghani is a friend, a colleague and a brilliant parliamentarian. This has to be investigated properly and racism routed.”

Mr Javid said: “Nus Ghani is a friend and a credit to the Conservative Party.

“This is a very serious matter which needs a proper investigation. I would strongly support her in making a formal complaint – she must be heard.”

Despite the PM’s announcement, it has raised questions as to why no action was taken.

Journalist Kevin Maguire questioned why Mr Johnson did not take action in 2020 when Ms Ghani told him about the allegations.

This has led to questions as to whether the Conservative Party has a ‘Muslimness’ problem.

Racism towards Pakistani-origin and Muslim people is one of the biggest topics that has become a concern for the Tories, especially since there are many MPs within the party that fall under the demographics.

Ms Ghani’s allegations have attracted a lot of attention but would it be the same case if a minister was from another faith that is not so much in the spotlight.

Would he/she be sacked in this manner?

Islamophobia is defined as the “intense dislike or fear of Islam, especially as a political force” as well as “hostility or prejudice towards Muslims”.

And while the definition has been adopted by the Labour Party, Liberal Democrats, Plaid Cymru and the London mayor’s office, it has been rejected by the Tories.

In 2019, the Conservatives said it would appoint two expert advisers to work on their own definition of Islamophobia. This is yet to be published.

Why it took so Long? 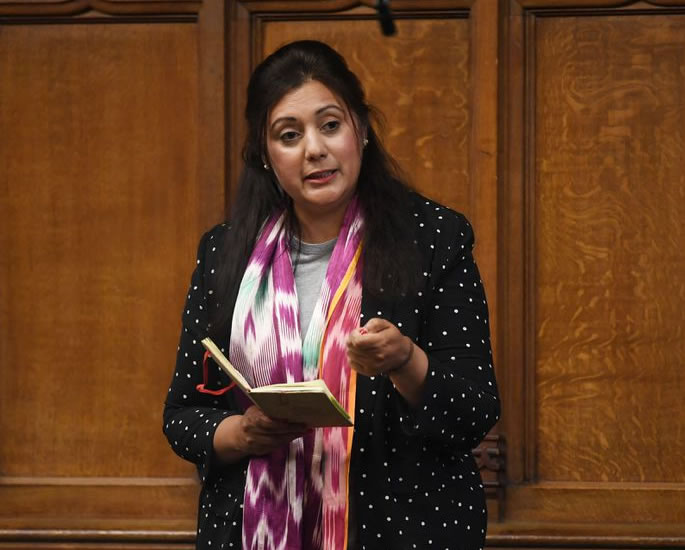 While Ms Ghani has come forward with her allegations, she waited almost two years to bring this to the public attention.

She also spoke to a journalist rather than the police. Social media users have wondered why it took two years for her to come forward.

One said: “Yes. She needs to raise a complaint using the correct procedures so it can be thoroughly investigated, rather than running to the press.”

One possibility is that she was scared at the time.

According to Ms Ghani, she said she was told her reputation would be destroyed if she persisted with the allegations.

Another is that she has come out during a time when the PM is under fire for Downing Street parties during the Covid-19 lockdown.

“#Partygate and allegations of Islamophobia stories converge at a single point.”

One person said Ms Ghani’s timing has come at the wrong time, but agreed that other issues were in the limelight.

“This sounds the right thing to do – but at the wrong time – it should have been done as soon as the issue was first raised.

“One can only assume it is being done now because of all the other issues needing to be investigated.” 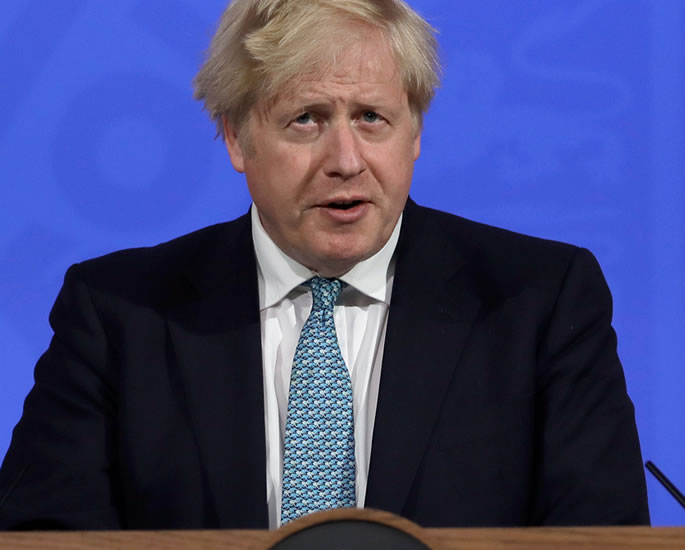 Mr Javid had also pledged an investigation into anti-Muslim prejudice within the party, something Tory peer Sayeeda Warsi revealed in 2019.

Lady Warsi was elated as she believed that “we’ve finally broken through”.

However, it later appeared that commitment had been watered down, prompting Lady Warsi to call her association with the Conservatives “an abusive relationship”.

She had said: “There is a lot of emotional attachment here.

“It’s like a really painful divorce. It does feel like I’m in an abusive relationship at the moment, where I’m with somebody that I really shouldn’t be with.

“It’s not healthy for me to be there anymore with the Conservative party.”

Mr Javid’s pledge was followed by a series of Islamophobic incidents within the party.

But an investigation by the Guardian found that they had their memberships quietly reinstated.

In April 2019, two Tory local election candidates and a female MBE recipient were among 40 new self-professed Tory members who shared or endorsed racist and inflammatory Facebook posts, including Islamophobic material.

Muslims had been described as “bin bag-wearing individuals” as well as being called out for other things.

It is not just councillors and candidates, Boris Johnson has also been accused of “Islamophobia and racism” following several comments he previously made.

This included a remark in 2005 where he claimed that Islamophobia was only “natural” for the public.

One high-profile incident came in a 2018 Daily Telegraph column where he compared burqa-wearing women to “letterboxes and bank robbers.”

The comment did not sit well and in Parliament, Labour MP for Slough Tanmanjeet Singh Dhesi condemned the PM’s remarks.

Mr Dhesi stated that the comments resulted in a spike in hate crime.

This was evidenced in a report that revealed a 375% increase in Islamophobia-related incidents.

According to the report, 42% of offline Islamophobia incidents reported directly referenced Mr Johnson or his comments.

But while a lot of attention is centred on the Conservatives, allegations of Islamophobia is also prevalent in the Labour Party.

Writer and broadcaster Trevor Phillips was suspended from Labour after making comments that UK Muslims are a “nation within a nation” and that a Muslim family fostering a non-Muslim girl would be “akin to child abuse”.

He was quietly readmitted in June 2021 even though the investigation had not concluded.

It was also found that Labour were not trusted to tackle Islamophobia.

In a survey of 422 Muslim party members or supporters, 59% did not feel “well represented by the leadership of the Labour party” and 44% did not believe the party takes the issue of Islamophobia seriously.

Nusrat Ghani’s allegations have certainly raised questions about Islamophobia within the Conservative Party and there are calls for the wider issue to be investigated.

However, the inquiry into Ms Ghani’s is yet to conclude.

So it will be interesting to see if her allegations were indeed true and if it exposes the wider issue of Islamophobia.

Dhiren is a journalism graduate with a passion for gaming, watching films and sports. He also enjoys cooking from time to time. His motto is to “Live life one day at a time.”
8 Best LGBTQ+ Organisations for British Asians
Sex Pest Demanded Sex after Creeping into Woman’s Home