Deepika Padukone among 10 Most Beautiful Women

According to a scientific formula, Deepika Padukone has been named among the 10 most beautiful women in the world.

"what it is that makes someone physically beautiful"

Deepika Padukone is among the 10 most beautiful women in the world, according to science.

The Bollywood star is the only Indian on the list, being placed ninth by a plastic surgeon who had reportedly used the latest computerised mapping strategy to apply an ancient technique called the ‘Golden Ratio of Beauty’.

The likes of Zendaya and Bella Hadid were in second and third place, respectively, having met the physical qualifications to be marked as the world’s most beautiful women.

Dr De Silva said: “Jodie Comer was the clear winner when all elements of the face were measured for physical perfection.

“She had the highest overall reading for the positioning of her nose and lips, with a score of 98.7%, which is only 1.3% away from being the perfect shape.

“Jodie also had the highest score for her nose width and length and she was near the top for the shape of her lips and the position of her eyes.

“The only element she was marked down for was her eyebrows which achieved an average score of 88%.”

The Golden Ratio of Beauty, also known as Phi, is a mathematical equation where formulas are applied to determine physical perfection.

It was first devised by the Greeks in a bid to measure beauty.

The premise is that the closer the ratios of a face or body are to the number 1.618 (Phi), the more beautiful they become.

Dr De Silva added: “These brand new computer mapping techniques allow us to solve some of the mysteries of what it is that makes someone physically beautiful and the technology is useful when planning patients’ surgery.” 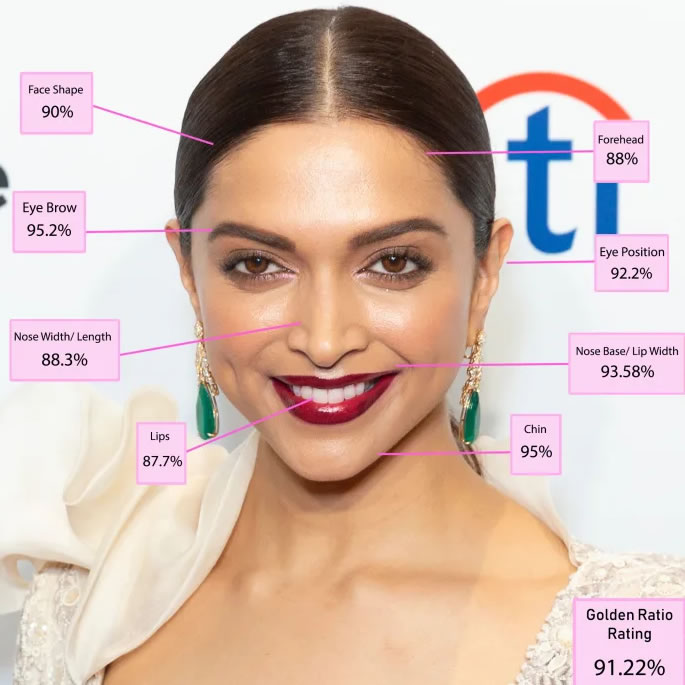 Dhiren is a journalism graduate with a passion for gaming, watching films and sports. He also enjoys cooking from time to time. His motto is to “Live life one day at a time.”
Which Cities are Popular for Affairs in the UK?
How to Nail the ‘Siren Eyes’ Trend