Crane Crash Kills Three Men on the set of ‘Indian 2’

A devastating incident on the set of the Kamal Haasan’s upcoming film, Indian 2, has caused the untimely death of three crew members.

“The accident is cruel. I lost three colleagues."

A tragic incident occurred on the sets of Kamal Haasan’s upcoming film Indian 2 (2020) causing the death of three crew members on Wednesday, February 19, 2020, in Chennai.

In the freak accident which took place on the set of the film, the three crew members were sitting on the crane when it came crashing down.

The crane fell on a group of nine men leaving them with injuries. The cast and crew of Indian 2 (2020) were filming at EVP Film City when the incident took place.

The heartbreaking incident pulls into question the need for safety on the sets of films.

At the time of the incident, Kamal was “inside the structure” while the director Shankar was inches away from the crane crash. 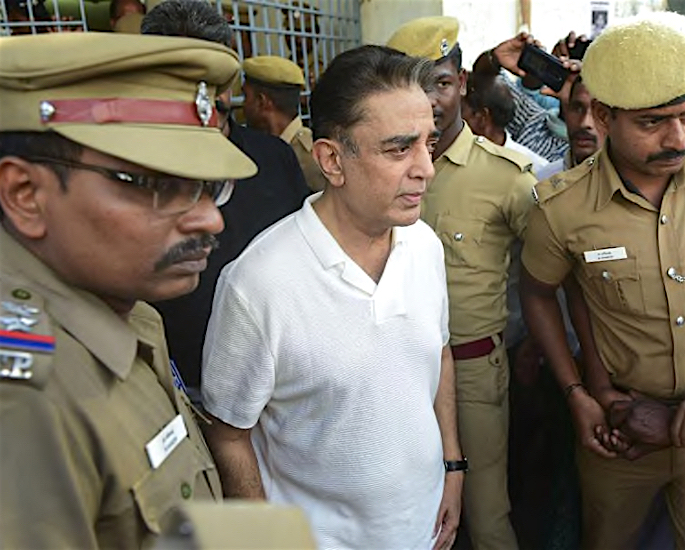 Kamal spoke to reporters outside the hospital where the injured were admitted. He said:

“I shouldn’t be telling this today. But I could have been in this room today (the hospital where the injured were admitted).

“The director moved away from the spot four seconds and so was the cameraman.

“The heroine and I were standing inside the structure. If I had moved two inches here or there, someone else would have been speaking to you here.”

This is certainly not the first time an incident like this has occurred on film sets.

Previously, at EVP Film City, a man was electrocuted during the shooting of the 2017 film Kaala starring Rajinikanth.

In another incident, legendary actor Amitabh Bachchan was injured during the filming of Coolie (1983).

Big B was filming an action sequence with Puneet Issar when he met with a horrific incident which ruptured his intestine.

Kamal Haasan took to Twitter to share his condolences with the family of the victims. He wrote in Tamil:

“The accident is cruel. I lost three colleagues. More than my pain, the grief of their families would be immense.

“I share their sorrow. My deep condolences to them.”

A police official, who spoke to NDTV, explained how the crane crash incident occurred. He said:

“The men were inside the box-like structure on top of the crane when it crashed. It appears they were working on lighting for the shoot. The incident happened at 9.30pm on Wednesday.”

The three men have been identified as assistant director, Krishna and production assistants Madhu and Chandran.

The Indian film industry must take serious precautionary measures to ensure such tragic incidents are prevented as much as possible.

Our condolences are with the families of the unfortunate victims and we hope the injured crew members recover soon.

Ayesha is an English graduate with an aesthetic eye. Her fascination lies in sports, fashion and beauty. Also, she does not shy away from controversial subjects. Her motto is: “no two days are the same, that is what makes life worth living.”
Sara Ali Khan to romance Akshay & Dhanush in ‘Atrangi Re’
Taapsee Pannu questions Disclaimers with a ‘Thappad’