"The bill of material value for a product like this cost around Rs 2,700."

The unveiling ceremony was held in New Delhi on February 17, 2016, where Union Defence Minister Manohar Parrikar was the Chief Guest.

A media invite states: “The phone will be popularly priced at under Rs 500…this event and launch stands as a true testimony of success of the latest initiatives taken by the Government of India.”

Ringing Bells originally said the smartphone would cost under Rs 500 (£5), but revealed an even cheaper price at the launch ceremony.

On February 18, 2016, the smartphone went on sale and attracted an extremely high demand within hours.

But chaos soon kicked in, as online orders had to be declined after the company website crashed having 600,000 hits per second. 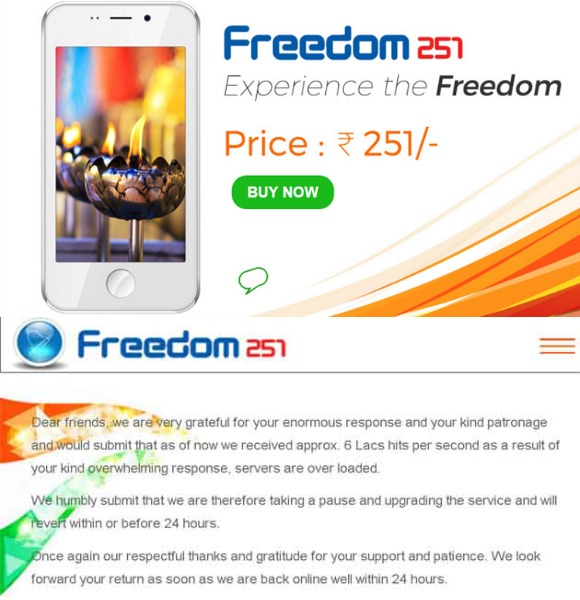 Furthermore, a delivery charge of Rs 40 and delivery timeline of four months have upset numerous customers.

Some customers were lucky enough and got in early before the site went down.

Kashi Nath Nandi says: “I kept on trying for about an hour to book the smartphone.

“I had to refresh multiple times, fill in my details over and over again. Finally I got it booked but I am yet to make a payment.”

But that’s not all. The mobile company is suspected of infringing copyrights, sharing a similar interface to Apple’s iPhone, and rebranding a Chinese smartphone called the Adcom Ikon 4.

The Freedom 251 has a 1450 mAh battery, a 4-inch WVGA resolution display, a 1.3 Ghz quad-core processor, 1GB RAM, 8GB total storage space and features a camera at the front and back.

A spokeswoman said: “This is our flagship model and we think it will bring a revolution in the industry.” But Twitter disagrees:

Reports say that the Indian Cellular Association (ICA) has requested Telecom Minister Ravi Shankar Prasad to look into the matter as a potential scam that could affect millions of customers.

The ICA’s National President Pankaj Mohindroo writes: “The bill of material value for a product like this when sourced from the cheapest supply chain cost approximately $40 (Rs 2,700).

“And this, when translated into retail price after addition of applicable duties, taxes and with distribution and retail margins would be at least Rs. 4,100 while the product is being sold at Rs. 251.”

Mohindroo adds: “We are bringing this to your kind notice, so that a scenario does not arise in the future, where the nation, the government of India, industry and trade are seen in a poor light.” 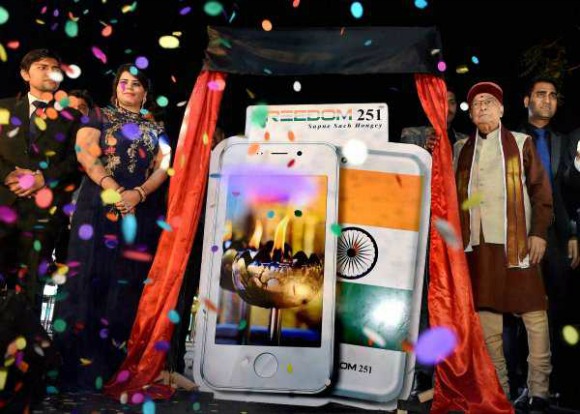 India is the world’s second-largest mobile market with one billion mobile phone subscribers. However, Freedom 251 is expected to target a market dominated by low-cost handsets.