Hasan Suroor, a British Indian journalist, was arrested on November 9, 2015 for charges relating to paedophilia, after being caught in a sting operation.

“It doesn't matter if you’re sorry – the whole point is that you’re here to have sex with a child.”

Hasan Suroor, a British-Indian journalist, has been arrested on charges relating to paedophilia.

The 65-year-old was arrested at Deptford Bridge DLR Station by the British Transport Police on November 9, 2015.

“A 65-year-old man has been charged with meeting a child following sexual grooming and is due to appear at Westminster Magistrates’ Court today, Wednesday November 12. 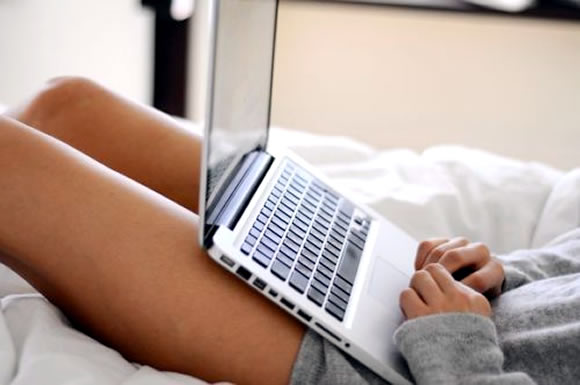 Hasan was caught on camera by an anti-paedophile group, named Unknown TV, in a sting operation.

A member of this vigilante group posed as a 14-year-old schoolgirl and contacted him on Facebook.

He reportedly spoke with her online in a sexual way, before grooming her for sex on November 9, 2015.

Hasan then travelled from Kensington and Chelsea to meet with her.

Awaiting the undercover girl’s arrival, Hasan was confronted by Unknown TV who posed as ‘policemen’ and filmed the sting operation.

Members of the group could be heard recalling parts of Hasan’s conversation with the girl, which indicated he had arranged this meeting purely for a sexual encounter.

Hasan said in the video:

“Look, I tried to tell her that… I’m very old. I didn’t say I wanted to have sex, I said I’d leave it up to her entirely.”

He repeatedly asked the members to forgive him and expressed that he was sorry.

Members of Unknown TV responded: “It don’t matter if you’re sorry – the whole point is that you’re here to have sex with a child.”

Hasan was taken into custody that evening and is currently awaiting his trial.

Christine Beddoe, an activist dedicated to fighting child sex abuse in the UK, comments: “Quite extraordinary that anyone of his experience of journalism should just keep talking to them and not ask for their ID or for a lawyer.”

You can watch the video of the sting operation here: 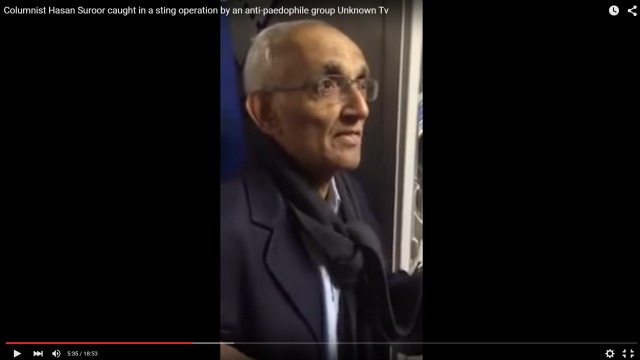 Unknown TV, launched by demolition worker Charlie Gaines, equips themselves with the purpose of combatting paedophiles.

This group predominantly poses as minors on social media websites and attempts to catch adult men who elicit sex with these ‘young girls’.

They claim to hold evidence of Hasan’s conversations in screenshots, but reportedly would not publish it as investigation is ongoing.

Hasan is an established journalist who reportedly writes for well-known publications in the UK and India, such as The Guardian and The Indian Express.

He has not denied his conversations with the young girl. The group stresses in the video that he could face up to ten years in prison.