Results reveal almost 7 out of 10 men they cannot go two weeks without having an Indian takeaway. DESIblitz explores Britain’s craze for curry.

Money spent on curries in a lifetime is equivalent to the cost of an Aston Martin DB9.

A study conducted by Nationwide Building Society to mark National Curry Week reports the British are massive fans of curry.

A typical household of four spends an average of £1,355 on takeaway curry every year.

Nationwide estimates this equates to £109,755 spent on curries in a lifetime – ‘equivalent to the cost of an Aston Martin DB9’.

While the survey finds 66 per cent of its 2,000 respondents cannot ‘last a fortnight without ordering their favourite dish’, men mainly contribute to this figure.

Seven out of 10 male respondents order takeaway at least once every two weeks, compared with 42 per cent of women.

It is also a favourite among those in the Midlands and London.

A spokesperson from M&S comments: “Brits love a curry and, although there is an ever increasing menu of dishes to choose from, chicken tikka masala remains a firm favourite.”

Interestingly, your location can also determine which dish you crave the most.

Prawn makhani is a popular choice amongst South Westerners in Britain, while the North Westerners like a good lamb rogan josh.

Capitalising on the Brits’ love affair with curry, supermarket chains could be putting curry houses out of business.

According to global information company The NPD Group, total visits to ethnic restaurants and takeaways in the UK have declined by 123 million between 2009 and 2012.

It also highlights a notable rise in ‘sales of spicy foods in supermarkets’, pointing to the impact of recession on consumer spending habits. 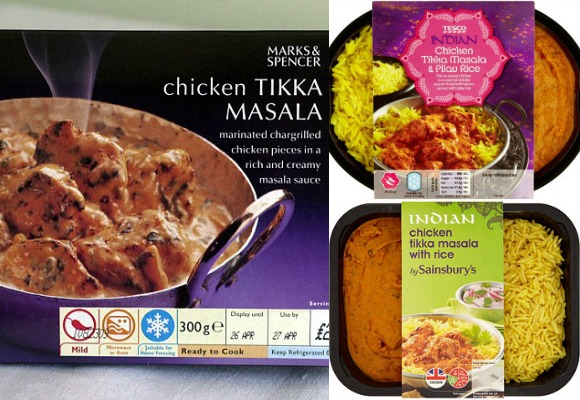 Supermarkets giants, like Tesco, offer a meal set for two for as little as £6.

Sainsbury’s have taken it to another level by supplying hot curries ready to eat, as if you are at a restaurant.

Ranging from chicken and lamb to vegetarian curries, they have it covered with these delicious dishes to spice up your lunch hour.

M&S have also brought out a very unique style of chicken tikka masala – by wrapping it in a pie, topped with potatoes!

Caroline Crumby, spokesperson for M&S, says: “It will have gentle heat, but also feel like a warm comforting dish.” 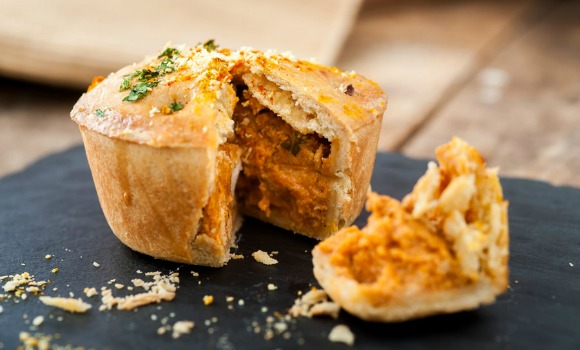 As a cheaper alternative, it is easy to see why people choose to shop for ready-made curries instead of cooking or dining out.

“It is argued curry houses are coasting, churning out the same oily, interchangeable Anglo-Indian dishes that they were in the 1980s, whilst the supermarkets have radically improved their product.”

But even if the price is more appealing, the overall taste may not be. 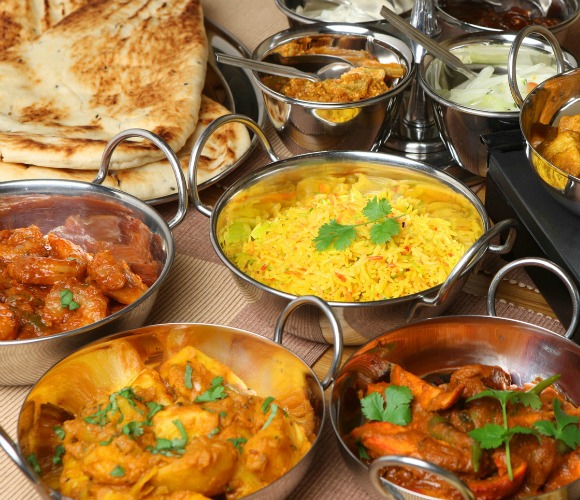 Pre-made curries can lack a freshly-cooked taste to them, leaving the naan bread dry, rice sticky and spice inexistent.

The Guardian‘s ‘Word of Mouth’ blog has taste-tested supermarket curries and reports many of them to be ‘bland’, ‘over-fried’ and ‘over-spiced’.

But with more variety of delicious curries filling the shelves, it is only harder for us to resist the temptaion of a quick and easy meal!