Mohammed Ismail was convicted of sexually assaulting two women on separate occasions after they boarded trains from Manchester.

"I moved his hand away and he put his hand back on it again."

Manchester Magistrates’ Court heard that on both occasions, Ismail sat next to the women even though there were other seats available.

One victim was 17-years-old when Ismail assaulted her on a train between Manchester and Bolton in 2018.

It was during the summer and the girl had been wearing shorts when Ismail sat next to her before he began stroking her thigh.

On another occasion, Ismail spoke to a young woman on a train from Manchester to Preston. The conversation made the woman feel “uncomfortable”.

Ismail had got so close to her that when he began stroking his own thigh, she could feel it rubbing against her own.

The 17-year-old victim explained that the assault has caused her to suffer flashbacks and feels scared every time a stranger sits next to her.

She had been sitting on a three-seated row when Ismail boarded the train at Manchester Oxford Road and sat next to her.

She said: “He sat quite close to me which I thought was quite strange as both the other two seats were free and if there is space, people usually tend to distance themselves.”

Ismail gradually moved closer to her until the two “made contact”.

“He was so close he was touching me.

“He touched my thigh and rubbed it up and down from the top of knee to the pelvis area – so, the full length of it.

“I moved his hand away and he put his hand back on it again.

“I felt so vulnerable and trapped. I was in disbelief really, you don’t think this kind of thing is going to happen to you.”

The assault ended when the victim moved away from Ismail before seeking help from a female passenger. 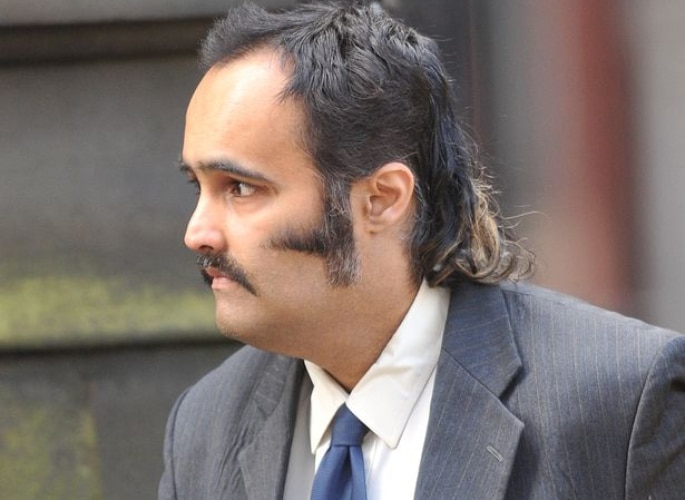 The second victim travelled from Piccadilly and was sitting on a two-seat row next to the window when Ismail sat next to her.

She explained: “He [Ismail] asked me for the time which I thought was quite weird as when you board a train you tend to know the time.

“After that, he didn’t speak but after a while, he started asking questions like where I had been and where I was going.

“I tried to keep my answers fairly abrupt but he then asked me a few times if I was getting off at Bolton.

“The questions were actually more unsettling than the touching because it almost felt like a script.”

Ismail moved closer to her during the journey before the two were touching.

“His thigh was touching mine and he was moving his hand up and down his trouser pocket which I could feel.”

“I thought, is he actually doing what I think he is? I moved and he pulled his hand away but he did it again, moving his hand up and down his jeans next to my leg.

“I felt vulnerable because I was trapped sitting by the window.”

The assault stopped when the woman asked Ismail to let her past. She went to the train conductor to report what had happened.

Both women reported the assaults to the British Transport Police. They identified Ismail from an identity parade and he was arrested.

Ismail denied the allegations and claimed that both women had made a mistake.

He admitted boarding both trains but denied claims that he sexually assaulted the women. He said he had been arrested as a result of mistaken identity.

However, magistrates rejected his claims and he was found guilty of two counts of sexual assault. He has also been banned from travelling on trains without police authorisation.

It was later revealed that Ismail has three previous convictions for historical sexual offences including assault on a female under 16.

Mohammed Ismail will appear for sentence on Monday, May 27, 2019.