Asim Azhar is a pop sensation who went from doing Urdu remixes to working with some of the biggest names in music. We spotlight his career and lots more.

“When you listen to that song, you can feel it."

Asim Azhar is a contemporary pop and rock singer who has a well-established career under his belt.

In a very short space of time, Azhar has built a diversified audience in Pakistan, India and across the west.

Working with the likes of Momena Mustehsan and Mickey Singh, Asim has sung some hit songs and singles. He has been dubbed as the Pakistani Justin Bieber.

Continuing to dominate the Pakistani music charts, acting in television serials and having a huge presence on YouTube, Azhar has reserved himself a comfortable position in the industry.

Asim not only has a great voice but his image as a whole is very appealing. He is a very well dressed and groomed individual. 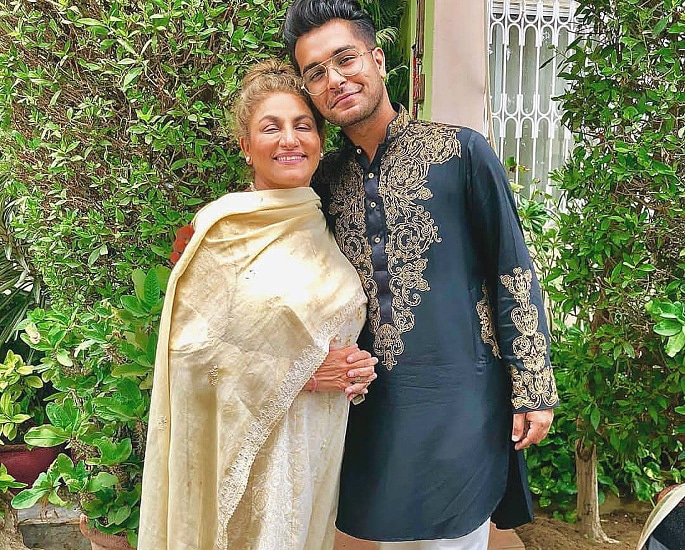 Hailing from a creative family, Asim is the son of an eminent pianist, Azhar Hussain, and TV actress Gul-e-Rana.

Growing up in a household that encouraged music, Azhar always considered singing an option. But he only started singing just before reaching his teenage years.

From then onwards, he would sing as a hobby and later began uploading covers on the video sharing platform, YouTube. It was here he first built a small yet staunch following.

The Karachi born star first shot to fame after releasing his iconic Thinking About You, Urdu remix in 2012.

His career continued to skyrocket with his unique Urdu remixes of English hits. These include The A Team (2011) by Ed Sheeran and the summer hit of Flo Rida, Whistle (2011).

His Urdu remix of The A-Team was even retweeted by Ed Sheeran himself.

According to Azhar, his prime influences were Sajjad Ali, Vital Signs, Mohammad Rafi and Kishore Kumar. 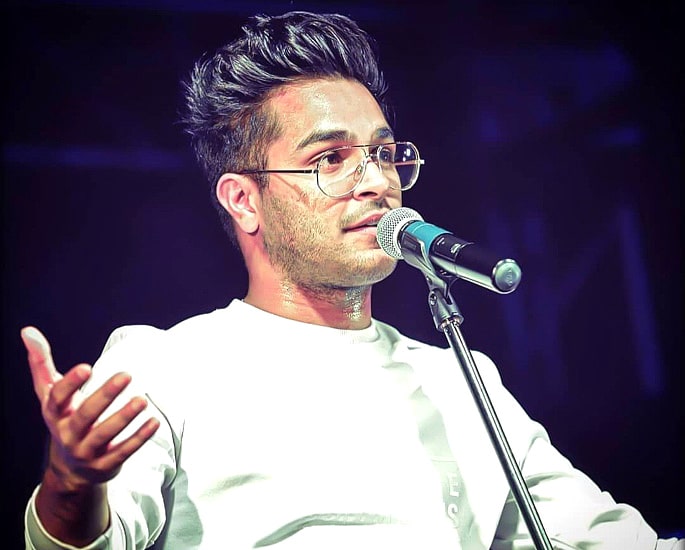 Though his online fanbase remained loyal to him, Azhar stumbled upon some troubles during the early days.

Following controversial comments made by YouTube, there was a prohibition of the site in Pakistan, stunting the careers of many up and coming artists.

“YouTube got banned in Pakistan for about 4 years – but I still kept going. If there are other artists trying to make it and listening to me now, what I learned was it’s all about not giving up.”

Following the lifting of the YouTube ban in 2015, the fan base of Azhar multiplied, along with his platform expanding.

Contrary to popular belief, his journey was far from easy.

He was regularly bombarded with hate comments for frivolous reasons. He tells Dawn:

“I could understand if someone had different tastes and didn’t enjoy my music but the attacks were often so personal, slamming everything from the way I looked to the way I dressed.” 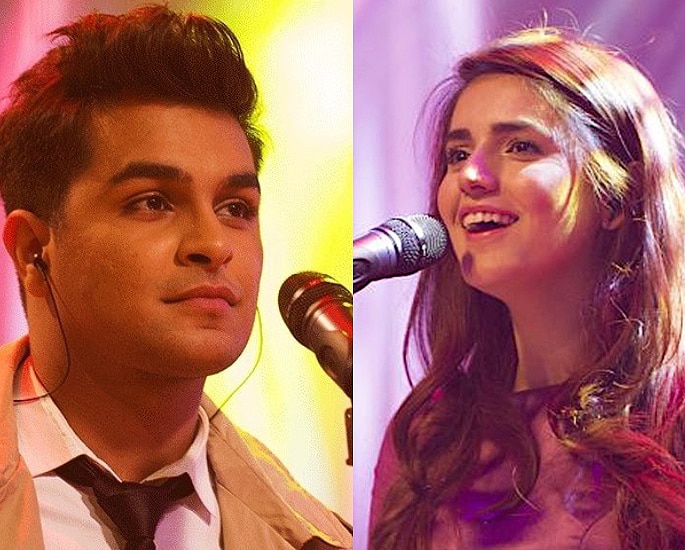 His live performances at Coke Studio catapulted his career even further. As a youthful artist, Asim Azhar made his entry to Coke Studio during Season 8 in 2015.

Along with Samra Khan, he sang  ‘Hina Ki Khushbu’ during Season 8.

But it was during season 9 in 2016 that he made the most impact. Together with singer Momina Mustehsan, the duo offered a heartfelt rendition of Shuja Haider’s ‘Tera Woh Pyar‘

The earnest adaptation became an instant hit, garnering over 121 million views on YouTube. Azhar describes the spontaneity of the cover, stating that he “wasn’t supposed to be a part of it.”

“They called me in to see how it would sound. I sang it and I was the last person to be booked onto Coke Studio for that season.”

Considering Momina a close friend, the chemistry on screen came quite naturally: 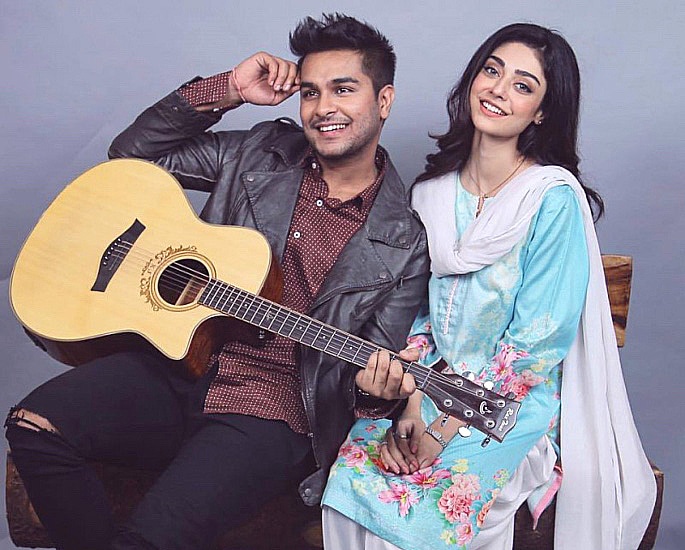 Following in his mother’s footsteps, Azhar also dabbled in the performing arts, scooping up a lead role in the 2017 telefilm, Noor.

Whilst he garnered a solid fanbase through acting, Asim states he will always prioritise singing.

“Acting I did mainly for fun. But singing will always be my favourite.”

He also mentions how common it is for musicians in Pakistan to shift their way into the acting world – but stresses not wanting to delve into acting simply ‘for the sake of it.’

“I want to make my mark and venture into something new. But I would never want to be the ‘jack of all and master of none.'”

Meanwhile, staying close to his roots, he sang the official soundtracks for various hit TV serials, including Dil Banjara (2016) and Haasil (2016-2017). 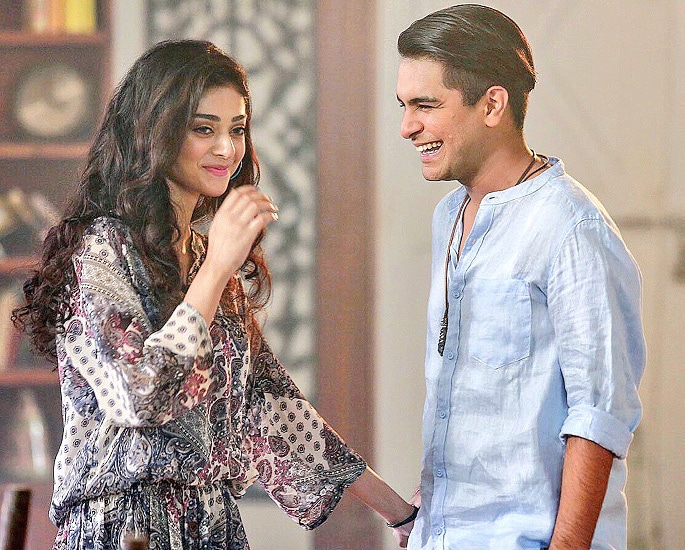 The multitalented artist has honed the art of songwriting, drawing inspiration from his surroundings.

One song in particular, ‘Khuwahish’ (2017), tugged at the heartstrings of listeners worldwide, which he released when he was barely 20 years old. He says:

“I don’t have as much experience that say a 40-year-old would have.

“Most of my writing is based on my imagination. But that particular song came from my heart, word to word.”

“When you listen to that song, you can feel it. It’ll always remain one of my closest songs.”

Azhar was also the composer of ‘Khuwaish,’ whilst Ahsan Ali came on board as the director to the song. 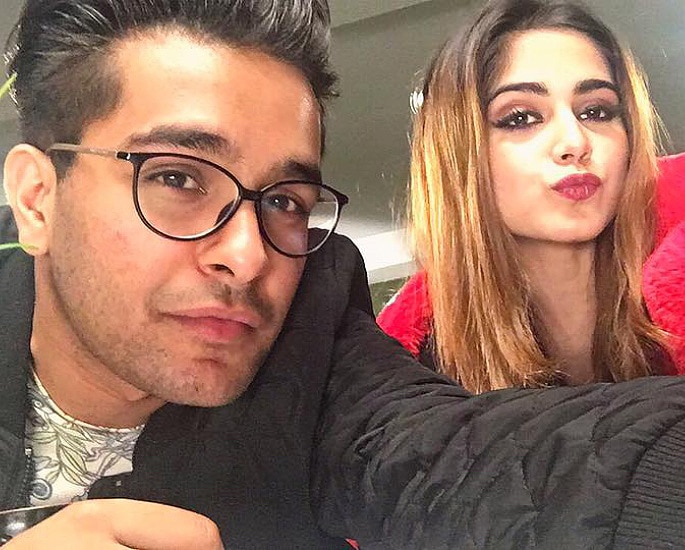 Aside from Momena, he speaks of other close friends in the industry.

He collaborated on the hit In Love (2013) with Punjabi American artist, Mickey Singh. He also teamed up with singer-scriptwriter Aima Baig for the sentimental hit, Teriyaan (2018) – Asim considers both as very good friends.

When asked on any future collaborations, he jokingly said:

“There are definitely some very cool collaborations. I don’t think I can tell too much though because I think they might sue me.”

Whilst having reached the superstar status, his friends and loved ones keep him grounded.

Azhar stunned audiences at the 2019 BBC Asian Network Live, as he sang Tera Woh Pyar and Ariana Grande’s super hit, Thank u, Next (2018).

He had fans exhilarated, all of whom were singing along to the lyrics. Asim Azhar is certainly a mature, sophisticated and eloquent singer

With a bright future ahead, his accomplishments are only just the beginning. We look forward to all of his future endeavours.