Designers with South Asian roots are now making head way in the world of fashion. Creating unique designs using their Eastern and Western influences is attracting interest in mainstream fashion. We look at some of this talent making an impact on fashion.

They have all broken down many stereotypical notions

Most of us love fashion, but are afraid or find it hard to be accepted in the industry. We may even question which South Asians have made it big in the fashion industry that we can admire and adopt as role models. Are we intrigued by which Asians are a superior name in fashion? Have any Asian designers made an impact that most of us may be unaware of? Do we wonder if the clothes we wear maybe designed by Asian designers?

Over the years more and more Asian fashion designers are making a mark in the fashion industry. Their progress is carving the way for new generations of Asians to be more actively involved in the creative industry. Not only are they opening doors but they are also being recognised for their contribution to fashion. With popular fashion weeks full in swing, there have been many South Asian designers showcasing their collections in New York, London and Paris.

Here are some of the top fashion designers of South Asian roots who should definitely be recognised for their work and contribution. 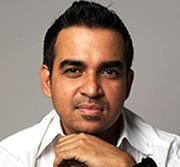 Born in Rourkela, Orissa and a graduate in economics from Utha State University, Bibhu moved to New York and enrolled into the Fashion Institute of Technology.

After leaving FIT he was hired at Holston as an assistant fashion designer. He later became the creative director of J Mendel. With his contribution and change to J Mendel brand he gained recognition throughout the fashion industry. He has been mentioned and been in many of the fashion magazines from In Style to Vogue.

In 2008, he resigned from his post at J Mendel in order to start up his own label. Since the launch of his own line he has had great reviews and great amount of recognition for his designs and collections.

Bibhu shows not only can he design but he can be the face of his own label and still draw in an audience.

He uses rich fabrics with beautiful finishings. He delivers luxury through his collections. His clothes are sharp tailored and form fitted. The executions of the garments are beautiful and simple. He designs to reach a very wide audience. His designs are simple and classy. He really epitomises that Asians can deliver and design in the fashion industry and also shows that his name and face can equally be successful. 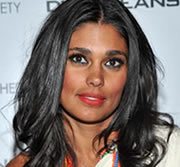 Rachel Roy is an Indian-American fashion designer of South Asian roots. After graduating with a Liberal’s Art degree, she soon after moved to New York and started to style for magazines and music videos.

Roy’s fashion career started at the age of 14 with the Contempo Casuals clothing outlet. She interned for Roca-wear, where she rose up the rank to become the creative director for the women’s’ and children’s wear division.

In order for Asian women to succeed in the fashion industry, she started young to get ahead. She worked hard and paid her dues for years before she was able to get her own label.

Before Rachel made it big, there were mainly Asian men in fashion but not many females. Her impact has really helped put Asian female designers on the map and she has received major recognition. She now gives back to help newcomers break into fashion. 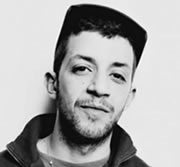 Nasir, a 25 year head-wear Asian designer, started in the industry as a hair-stylist at Vidal Sassoon. After doing a stint in theatre as a theatrical designer, he reverted to headwear design and has showcased his collections in London Fashion Week. Inspired by the city he lives in and also by weave pieces, he has worked with the likes of Madonna, Thierry Mugler and Viktor and Rolf.

So what impact does this 25 year old milliner have on the fashion industry? Well, firstly, he sure proves that age is not a problem to make a mark in fashion. At this young age he has been involved in many projects and worked with a lot of high calibre designers, theatre shows and musicians. His hard work and dedication has left him with a long list of admirers of his work. He also breaks the typical mould that males being associated with clothes and fabrics is frowned upon, judged or criticised. 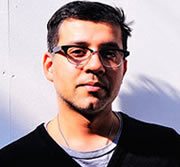 Born in Delhi to two doctors, Ashish Gupta moved to the UK to attend one of the UK’s prestigious fashion schools, Central Saint Martins. After graduation he started to design clothes for his friends, until he was discovered by Yeda Yum of Browns focus.

Ashish broke into the industry in 2004. He cites his designs are fusion of both Eastern and Western cultures with an eccentric twist. He designs for singers, promotional ads and Top Shop to name a few. He has a celebrity following from the likes of Victoria Beckham, Kelly Osborne, Lilly Allen and Madonna.

Ashish makes sure that he remains true to his roots by combining his Western influences with Eastern in his designs. His embroidery, beads and fabrics depict many of these influences.

Gupta still helps promote Asian designers, singers and brands through his work. He spends much of his time in India especially at his design studio there.

The firmly believes that being expressive in fashion is what makes you unique and that you should never hide away from your roots and go all Hollywood. 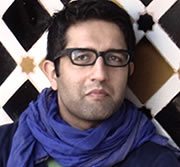 This is another Asian designer who is showcased his designs at the London Fashion Week 2012. Like other designers, education and hard work has gained Osman Yousefzada respect and recognition.

Born and raised in Birmingham to a couture dress maker, Osman started to make dresses at a very young age. Years later he graduated from Central Saint Martins, where he won several accolades and recognition for his designs.

In 2008, Osman launched the most successful collaborations of that year with Mango. Unlike most designers, Osman didn’t introduce his own fashion line first but designed the collection for Mango, which allowed him to target a wider audience.

He then went to launch is own fashion jewellery line on his own label and then subsequently, launched his ready to wear collection.

He is very detailed orientated and strongly believes in promoting his ethnic roots. He designs using draping, wrapping and tying fabric. His creations are simple yet detailed with embroidery.

This designer’s influence lies in the fact that he keeps the Asian essence in fashion. This is mostly seen through his designs, craftsmanship and concepts. With his belief in his work and perseverance, he has actually added many accolades to his growing collection.

So, all of these Asian designers have contributed one way or another to opening the doors for new up and coming Asian fashion designers. They have all broken down many stereotypical notions that were once associated with Asian designers.

The industry offers opportunity for new talent to shine. Asian designers can showcase their new designs, fabric, creations and ideas by mixing both the western and eastern influences or creating their own unique pieces in a much more accessible sector.

With cultural barriers broken, only time will tell what the new generations of Asian designers will do to impact future fashion.

Nazhat is an ambitious 'Desi' woman with interests in news and lifestyle. As a writer with a determined journalistic flair, she firmly believes in the motto "an investment in knowledge pays the best interest," by Benjamin Franklin.
Yes London and John Peter at LFW 2012
Lakmé Fashion Summer Resort 2012