The trailer of Zoya Akhtar’s much anticipated Dil Dhadakne Do is out! Starring Anil Kapoor, Priyanka Chopra, Ranveer Singh, Anushka Sharma and Farhan Akhtar, this family drama is unmissable!

"I just saw the best trailer I have seen in a while. [DDD] is the film to really watch out for!"

Having mesmerised us with Zindagi Na Milegi Dobara in 2011, director Zoya Akhtar is a breath of fresh nouveau Bollywood air.

And her latest venture, Dil Dhadakne Do promises to be no different. The romantic drama deals with dysfunctional family relationships.

The Punjabi Mehra family are a dissatisfied bunch; husband and wife, Anil Kapoor and Shefali Shah are trying to get their reckless son, Kabir (played by Ranveer Singh), married off. 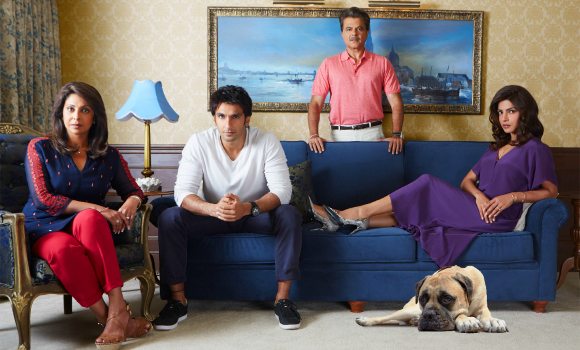 At the same time, they try to convince their unhappy daughter Ayesha (played by Priyanka Chopra) not to get a divorce from her husband (played by Rahul Bose).

To cool tensions, the family take a holiday – a 10 day luxury cruise of Turkey and Greece. In the sunny Mediterranean, Kabir and Ayesha find new entanglements as Kabir falls for Farah Ali (played by Anushka Sharma) and Ayesha reunites with an old flame Sunny Gill (played by Farhan Akhtar).

Watch the trailer for Dil Dhadakne Do here:

It seems the rest of Bollywood are as excited about the film as we are! While each of the cast members tweeted out their character posters, positive reactions flew in over the trailer.

Ok! I just saw the best trailer I have seen in a while…#DilDhadakneDo is the film to really watch out for!!!!!! I love you Zoya!!!!!!

With its stunning backdrop of exotic locations and great cast and storyline, Dil Dhadakne Do is certain to be another blockbuster hit, with drama on the high-seas.

The film which will be specially delivered at the 2015 IIFA Awards in Kuala Lumpur, releases from June 5, 2015.

Check out the all the character posters in the gallery below:

Aisha an English literature graduate, is a keen editorial writer. She adores reading, theatre, and anything arts related. She is a creative soul and is always reinventing herself. Her motto is: “Life is too short, so eat dessert first!”
Relationships begin to crack in Indian Summers
An Emotional Season Finale for Indian Summers