Zahra Haider has revealed her premarital sexual experiences as a Pakistani woman for VICE and it has gone viral with support and backlash from all sides.

"Looking back I realise my sexuality was still pretty deeply repressed"

Zahra Haider, an unmarried Pakistani woman has become the center of the most recent social media backlash as she’s written an in depth article on VICE about her premarital sex life.

In the article, Haider wrote about the deep sexual repression that she experienced growing up and living in Pakistan.

Naturally this has sparked many heated debates about sexual culture in Pakistan and it’s affects on young women.

She exposed the different ways each gender experiences sex culture, as men who have sex before marriage ‘generally aren’t judged for it’:

“Even though I had engaged in sexual relations with almost a dozen people before coming to Canada for college in 2012, it wasn’t something I was open about, and looking back I realise my sexuality was still pretty deeply repressed.”

She then went on to recount the many different ways she sneaked around in order to have sex.

From using cars with tinted windows to  sneaking into her partners home. 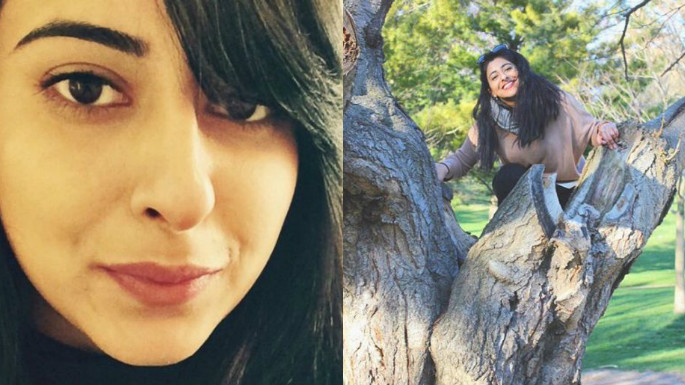 Once she moved she experienced a shock to how different the culture of sex is in Canada.

“Eventually, I was introduced to a completely different environment, surrounded by different people with different cultures, values, and mindsets, which made me realise there is no reason I should be ashamed of being who I want to be, but that’s what happens when you’ve been living in a highly judgmental bubble of society.”

As one would expect with the Internet, the article has received thousands of responses. Some have praised Zahra on her bravery in speaking out about such a taboo topic, while others have criticised her for shaming Pakistan and being ‘too promiscuous’.

@zarahaider the whole piece was ridiculous. You don't represent Pakistanis entirely. And if you're so proud of your stunt, shame on you!

@zarahaider what a liberating article. Our lives. Our choices. Summed it up perfectly. *standing ovation*

Finally read Zahra Haider's oh so stupid article. For her feminism & freedom equals sleeping with a dozen of men. Absurd.

Journalist, Ali Moeen Nawazish, even wrote an open letter to Zahra Haider on Facebook which criticised her heavily for making sweeping judgements and a lack of evidence to prove many of her claims.

He said: “We are not a diseased nation which ignores its sexuality.

“I have no issues with you having sex with 12 or even 100 people. That is your life and your decision. But, how many people can afford Marriott that you argue, you need $200 for a quickie, it just doesn’t happen.”

Nawazish’s post has circulated Facebook with it being shared over 6,000 times and as a result has sparked even more conversation about this topic.

“One of the things I was hoping to be was relatable. I wanted to be a voice for those who’ve been victims to guilt and shame due to the harsh judgements and restrictive nature of our society.

“I was prepared for backlash and criticism but I definitely did not expect the piece to go viral or blow up as much as it has.”

Alot of responses have pointed out that she can not be the voice for ‘every Pakistani woman’ as she comes from a wealthy socioeconomic background. Not many can afford to go to hotels and in some villages the punishment for sneaking around is very severe.

Although Zahra Haider had good intentions when writing this article, it’s clear to say that this has caused some serious backlash.

While the Internet has opened access to debates and education about sex, many people in the country have very limited experiences of sex depending on the areas they live in.

But whether sex is repressed or made liberal, this conversation is clearly an important one.