Why Has Vape Culture Risen in the UK?

Vaping is a modern craze, consuming society. DESIblitz looks at the rise of vape culture and its popularity, especially among young adults.

"Vaping has helped in calming my anxiety"

Vaping and vape culture among adults and young adults have consistently been on the rise.

Whilst vapes were originally marketed as e-cigarettes, the name slowly started to drop out of fashion with more individuals choosing to call them vapes.

They have become a widespread fad, with a mass interest in the types of disposable vapes that can come in different flavours and hold nearly 600 puffs (or more).

DESIblitz looks at this new craze, considering attitudes towards vaping and the extent to which this culture has risen to extreme prominence among the younger generation. 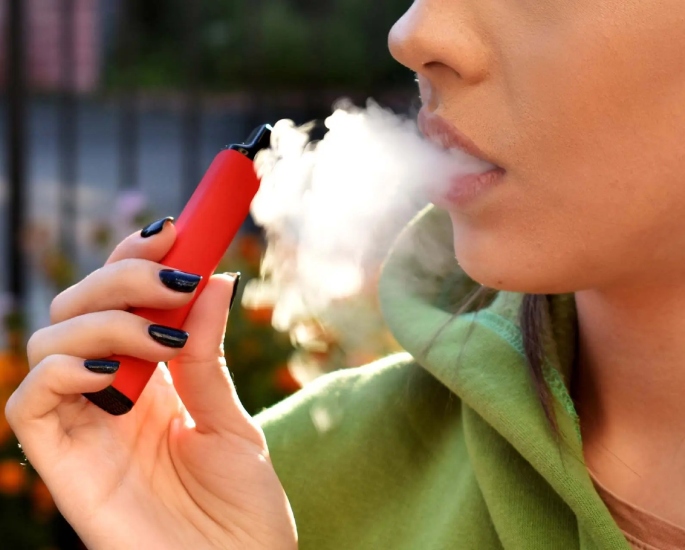 Vaping has become a popular way for people to consume nicotine, marijuana, and other drugs through an electronic device

A vape itself can vary in shape, size and colour depending on the type and brand.

Most vape devices work with an atomiser or aerosol byproduct which heats up a liquid that can consist of different flavourings. It also contains one of the previously mentioned substances.

Once heated up within the vaping device, the liquid turns into a vapour which can be easily inhaled through the mouthpiece.

Unlike a cigarette, no combustion is involved with vaping. There is no filter, paper or burning involved as vapour is produced from the product as opposed to smoke.

Therefore, a vaping culture has emerged through this process which comprises a united community who have a collective appreciation for vaping.

This collective gratitude brings people together who may have similar reasons for vaping or they simply enjoy the discussions on the various flavours and models.

For instance, a well-known and popular disposable vape brand, ELFBAR, has over 30 different flavours.

These include strawberry ice cream, blue razz lemonade and banana ice, to name a few examples. But why is vaping becoming such a formidable trend?

Why Are People Choosing Vapes over Cigarettes? 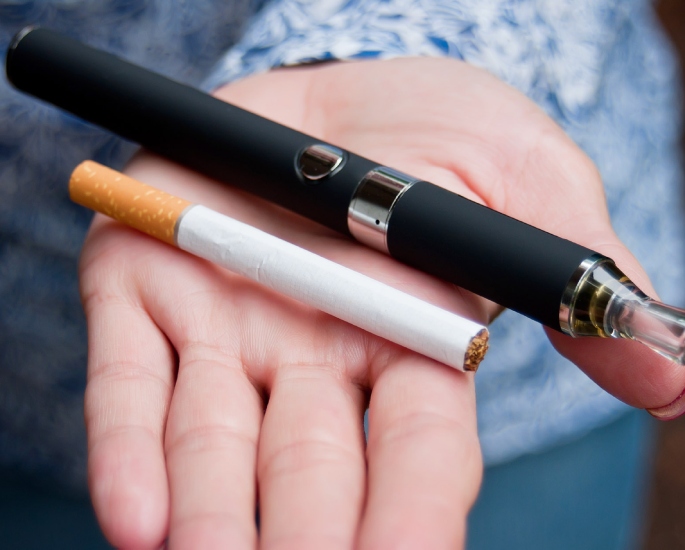 One of the main reasons people have chosen to take up vaping is to quit smoking.

Smoking cigarettes has proven to be a hard and addictive vice for many individuals. This is where e-cigarettes and vapes have come in to absolve smoking habits and nicotine usage.

Whilst vaping isn’t exactly healthy, it has proven to be a healthier alternative to smoking cigarettes.

Vapes can either contain no nicotine or have different strengths of nicotine, meaning there is a level of control over its consumption.

Interestingly, UK Government research has found that the use of disposable vaping products has increased substantially among young adults.

However, young adults believe that the addiction to vapes lies in their attractive appearance and packaging. Speaking to Northumbria University student, Grace Pearson, she says:

“I don’t think they should be colourful because it promotes them.”

“If they were ugly colours and people could see what was inside them then I don’t think people would buy them at all.”

Clearly, students agree that vapes are used for more than a smoking replacement. Talking to a 20-year-old business student Daisy Evans, she said:

“I think people use them for what they’re not designed to be used for since initially they were designed to reduce nicotine use.

“But now, they are considered trendy and not at all reducing nicotine use.

“People think they look cool carrying around vapes, but they actually don’t”

There is clearly a common consensus that vape usage has risen due to fashionable trends and attractive packaging as opposed to smoking alternatives.

Are There Any Benefits to Vaping? 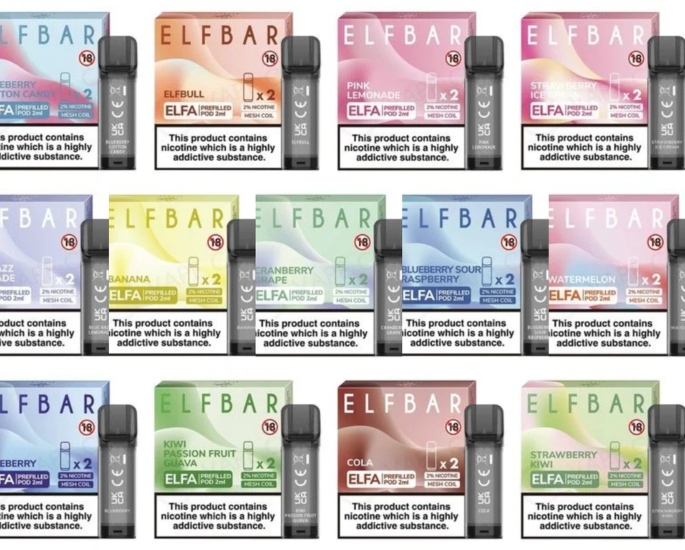 Whilst some users have hopped on to vape culture due to peer pressure and public appearance, others have chosen to take up vaping due to certain health and environmental benefits.

Vaping may seem like a more environmentally friendly approach due to a decrease in cigarette butts and recyclable packaging.

For example, the ELFBAR packaging is recyclable. However, some research has shown vapes do more harm than good for the environment.

Brands like JUUL Pods aren’t recyclable and many disposable vapes often contain lithium batteries which end up in landfills and are classed as e-waste.

The single-use JUUL Pods are similar to plastic straws as they contain materials that are harder to break down.

Likewise, streets are increasingly getting littered with vape wrappers and boxes which adds to the impact they are having on the environment.

In contrast, despite certain environmental risks that vapes pose, they have proven to benefit individuals’ mental health.

“For me personally the act of vaping has helped in calming my anxiety.

“Although it might not be the best coping mechanism and I wouldn’t recommend it to others, in my case the benefits outweigh the risks.”

Even though there is work to be done on the sustainability of certain vapes, brands like ELFBAR are already starting to make steps towards delivering a healthier and eco-friendly vaping experience.

With increased attention to designing “green” products, ELFBAR has already released versions of their product like the ELFBAR Elfa Pod System, which is rechargeable.

Therefore, improvements have already been made to reduce the amount of waste created by vape devices and will hopefully continue.

How Has Vaping Become Normalised? 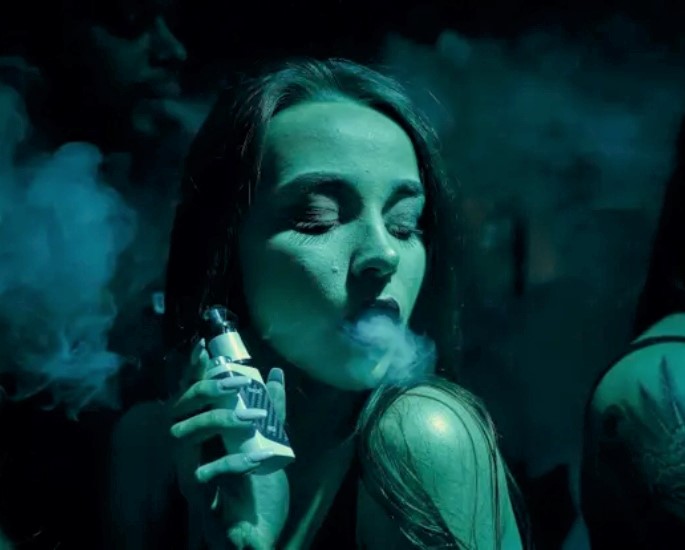 With increased reliance on and addiction to vapes in society, the act of vaping has in fact become a normalised recreational activity.

More people are meeting and talking whilst vaping with topics of the conversation turning towards brands, vape models and favourite flavours.

Likewise, there have been more instances of vapes being used consistently in everyday settings.

The current prevalence of vaping is increasing (including occasional and regular vaping) from 8.6% in 2022, compared to 4% in 2021.

Whilst you cannot light up a cigarette inside a club, you are allowed to freely vape within some clubs, bars and even restaurants.

This means vaping is greatly accessible in indoor situations where smoking cigarettes fail to be.

Vape users themselves have noted issues with this accessibility and the rising normality of vapes in social settings. Speaking to 20-year-old law student Amy Palker, she expressed:

“I think they should put warnings on them as they do with cigarettes because they are so accessible and used everywhere.

“You can even buy vapes in the pharmacy now!”

At the crux of it, vaping still replicates habitual smoking behaviours with users becoming easily addicted and reliant on having a vape in hand.

Though there are still improvements to make regarding durability, sustainability, and certain health aspects of vapes, these developments are clearly on the way.

With their cheap, accessible, and addictive nature, vapes are only sure to amass popularity across various demographics within society.

So clearly the benefits of vaping aren’t all bad when partaken in moderation.

However, it is still pertinent to note that in the long-term vaping may cause a similar addiction pattern to smoking cigarettes.

If the developments towards vapes continue with brands making changes to packaging and reducing certain harmful substances then vape culture will only continue to rise.

The flashy appearance of vapes, their accessible nature and their extensive variety have without a doubt attracted communities and changed the face of nicotine consumption.