"so full of enthusiasm and capability to take on the world"

The ceremony was hosted at the Jio World Convention Centre in Mumbai.

Aspirants from across the country battled for the national title as the 30 state winners descended on Mumbai.

The pageant had launched a nationwide hunt to find prospective talents from all over the country through virtual auditions.

In a statement, the organisers said:

“These shortlisted finalists arrived in Mumbai and underwent rigorous training and grooming sessions, mentored by the best in the industry, to compete for the coveted Femina Miss India World 2022.” 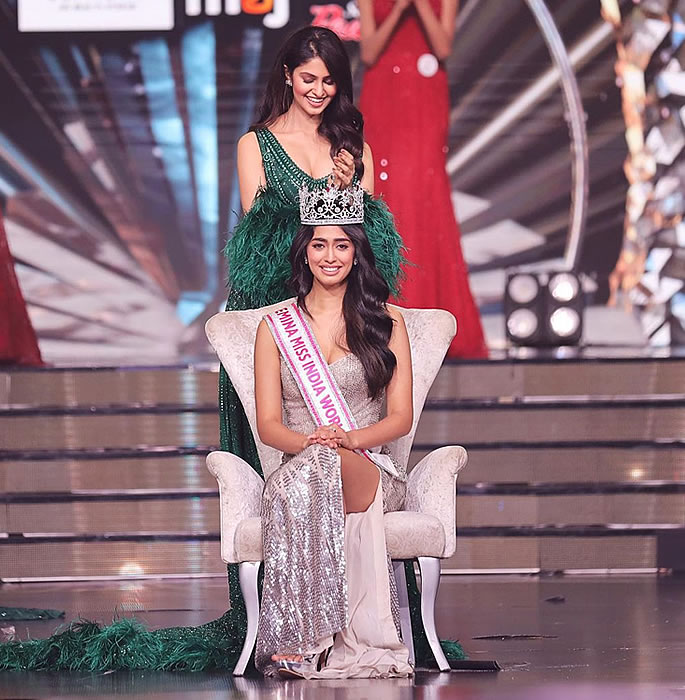 The event was hosted by Maniesh Paul while sensational performances added some extra glamour.

Former Miss India and Femina Miss India 2022 mentor Neha Dhupia was honoured at the event on her 20th crowning anniversary.

Later in the evening, the state winners walked the ramp wearing gorgeous lehengas by Mohey.

They later changed into a resort wear collection by Abhishek Sharma.

The event concluded with Manasa crowning 21-year-old Sini Shetty as the winner of Femina Miss India World 2022. She will now represent India at the 71st Miss World pageant. 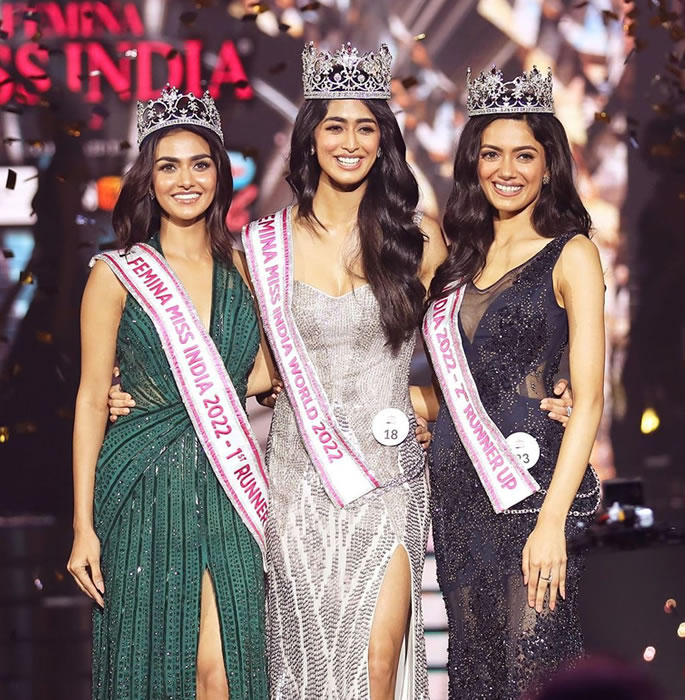 Neha Dhupia said Femina Miss India brings back “memories of the priceless experiences I’ve had with this pageant”.

She said: “It’s almost like reliving every moment of my journey with these young glamorous girls who are so full of enthusiasm and capability to take on the world with power and elegance.

“Certainly, there are challenges with the digital process in the wake of the pandemic, however, I’m confident it will be as exciting and worthwhile irrespective of the layout.”

Who is Sini Shetty? 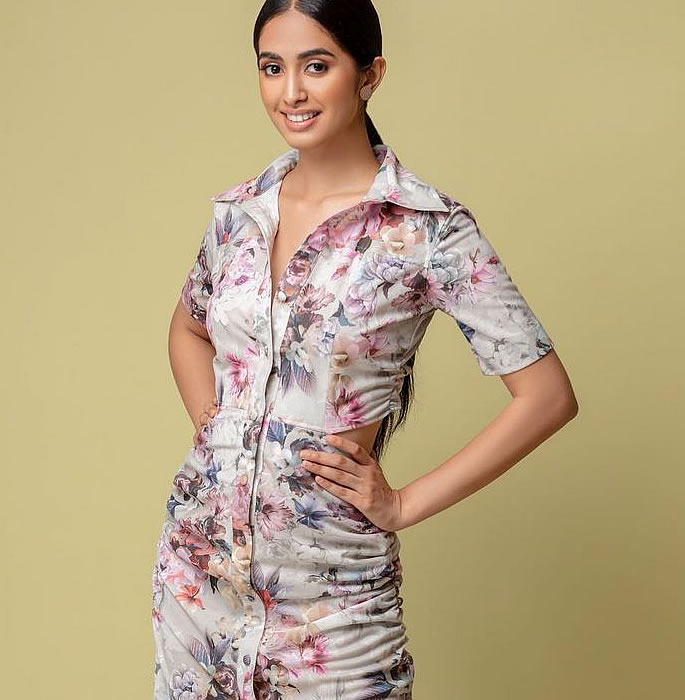 Sini was born in Mumbai but represented Karnataka during the pageant.

She has a degree in accounting and finance and completed her Arangetram in Bharatanatyam when she was just 14 years old.

Speaking about her life motto, the beauty queen said:

“You can’t just jump to the end. The journey is the best part. Know what the achievement means to you, respect it.”

Sini went on to say that every woman should strive to become “tenacious, industrious, and compassionate”.

As for her own qualities, Sini described herself as both “industrious and tenacious”, with the ability to be “empathetic and a hustler”.

Sini Shetty revealed that one of her biggest inspirations is Priyanka Chopra, who won Miss World in 2000.

She said: “Miss World 2000 Priyanka Chopra [is the beauty queen who inspires me the most] when you look up to a person some of their words get stuck by you.

“The aspiration value increases, I remember hearing an interview of hers where she stated, ‘Don’t try to squeeze into a glass slipper. Instead, shatter the glass ceiling’. I have been a fan ever since.”

Another inspiration is her grandmother. Sini added:

“There’s a long list and counting for the people who have influenced me.

“My parents for shaping me who I am, my mentors for guiding me with their intellect and expertise.

“But the most influential person in my life is my grandmother.

“She’s someone with compassion, values, intellect and respect. Her guidance and offerings are what I am today.”

Dhiren is a journalism graduate with a passion for gaming, watching films and sports. He also enjoys cooking from time to time. His motto is to “Live life one day at a time.”
5 Ultimate Workout Routines for Fat Loss
World’s first ‘Hangover Cure Pill’ launched in the UK