Sindhu Rajasekaran discusses her third book ‘Smashing the Patriarchy – A Guide for the 21st-century Indian Woman’ and feminism in India.

"The lesson I learned is not to pigeonhole every woman"

In India, identifying as a feminist is still deemed controversial. However, Sindhu Rajasekaran is working to dismantle the negative connotation hidden behind the term.

Sindhu regularly explores the themes of love, loss of individuality, gender and sexuality through her books.

With her book, Smashing the Patriarchy – A Guide for the 21st-century Indian Woman (2021), Sindhu surveys the different feminisms in India, working to dismantle everyday patriarchy.

Sindhu Rajasekaran’s third book is also a no-nonsense guide for the Indian woman who is trying to navigate her way through a male-dominated world. Alongside her literary work, Sindhu is also a filmmaker.

In 2012, Sindhu entered the world of screenwriting, with the critically-acclaimed Indo-British feature film Ramanujan, and set up the production house, Camphor Cinema, with her husband.

Following in the footsteps of Kaleidoscope Reflections (2015) and So I Let It Be 2019, with Smashing the Patriarchy, Sindhu explores how young Indian women overcome the patriarchy in their day to day lives.

The book also centres around the bold voices of millennials and Gen Z’s, amplifying their desires and the barriers they work hard to overcome.

In an exclusive interview with DESIblitz, Sindhu Rajasekaran talks about Smashing the Patriarchy, the themes within the book and the barriers Indian women face.

Can you tell us a little about yourself? 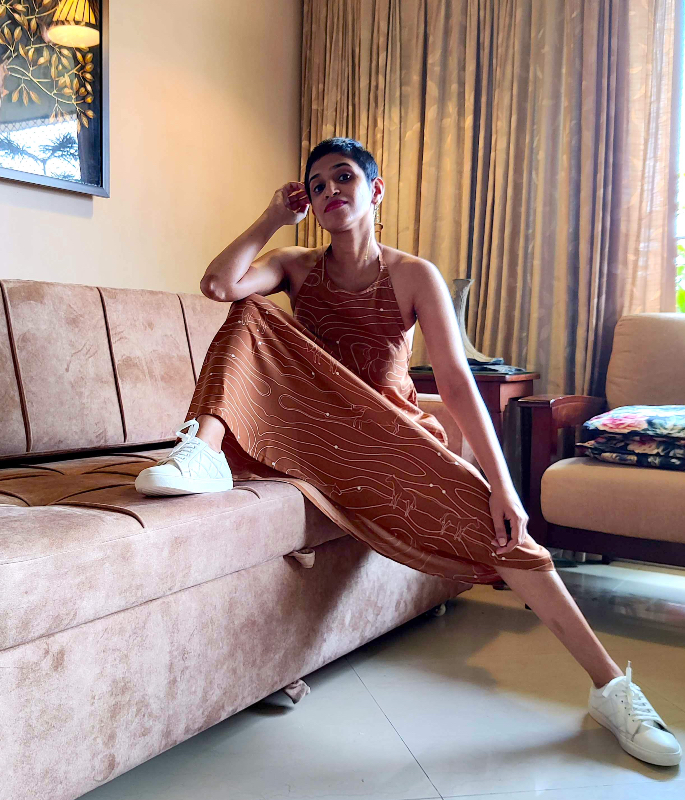 I’m a literary nomad and transgressor of genres. Over the years, I’ve called India, Canada and the UK home. Each of these places has influenced me in unique ways and inspired my writing.

I think of myself as a transgressor of genres because I like to experiment with the written word.

My debut book was a novel titled Kaleidoscopic Reflections. It told the tale of an inter-caste Tamil family and was nominated for the Crossword Book Award.

My second book was a collection of short stories, So I Let It Be. This explored love, loss and female sexuality.

My latest book is non-fiction. Titled Smashing the Patriarchy – A Guide for the 21st-century Indian Woman, the book explores Indian feminisms.

Originally trained as an electronics and communications engineer in India, I graduated with a master’s in creative writing from the University of Edinburgh.

Currently, I’m a PhD researcher at the University of Strathclyde and a recipient of the Dean’s Global Research Studentship Award, where I’m researching queer South Asian pasts.

“My poetry, creative nonfiction, stories and essays have been published by several international magazines.”

What kind of research did you conduct before beginning the book? 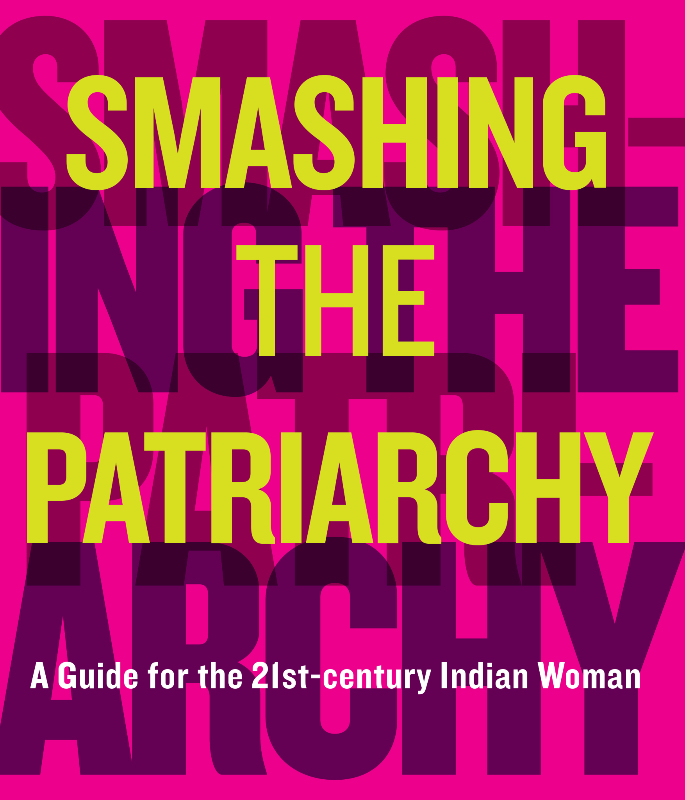 I’ve worked on writing this book for four long years. In this time, I interviewed hundreds of Indian women to understand how the patriarchy affected their lives.

More importantly, I explored how these women smashed the patriarchy in their everyday lives.

I also conducted research in transdisciplinary theories including queer studies, feminism, gender and sexuality, as well as women’s history.

“I spoke to knowledge experts from various fields to feminise every canon.”

What inspired you to write Smashing the Patriarchy?

I’ve always loved to write about women. What amazes me most is women’s grit and resilience – how they resist and survive the patriarchy.

Previously I’ve explored that aspect in my fiction, in my novel and in short stories.

With this book, I felt the urge to tell real stories of real women.

What is the importance of the title and the themes of the book? 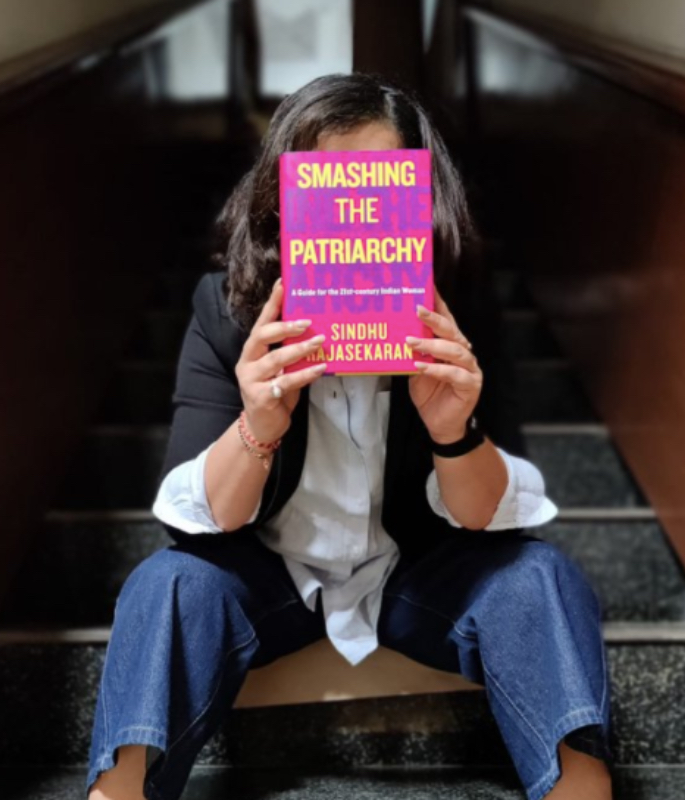 The title Smashing the Patriarchy reflects what the book is about.

Centred around the bold voices of millennials and Gen Z’s, this book explores how young Indian women from diverse backgrounds ingeniously overcome the patriarchy in their everyday lives.

It isn’t a story of their victimhood, it’s the story of women’s power.

From beauty, body politics, and sexuality, to caste, power, and the paradox of choice, the book explores a wide range of women’s issues and draws important connections between these.

In the chapter ‘On Beauty,’ I examine why women pursue or reject mainstream beauty standards and the real-life repercussions of their choices.

‘Ishq in the Times of Tinder’ considers the conundrum that is love and what women want (and don’t want) from partnerships.

The chapter ‘Women at Work’ focuses on how young hyper-informed (and tech-savvy) women have shifted work culture across industries.

“‘Demystifying the Feminine’ examines how women across the socio-cultural spectrum define and express femininity.”

‘Society, Sanskar, and Choice’ dives into society’s conception of honour and the backlash dissenting women face when they go against the norm.

What did you learn when writing the book?

As I wrote the book, I constantly learned to see the multiple ways of being a feminist. Indian women amaze me with how badass they are.

Speaking to diverse women, I realised how modernity and tradition are interchangeable. They aren’t mutually exclusive.

The lesson I learned is not to pigeonhole every woman as “modern” or “traditional,” “feminist” or “unfeminist” because each woman is unique and her choices are strategic.

We have seen why she has made the choices she made and how they have helped her achieve her goals. Basically, there is a lesson to it – do not judge other women.

What stigmas or barriers are you hoping to break down with the book? 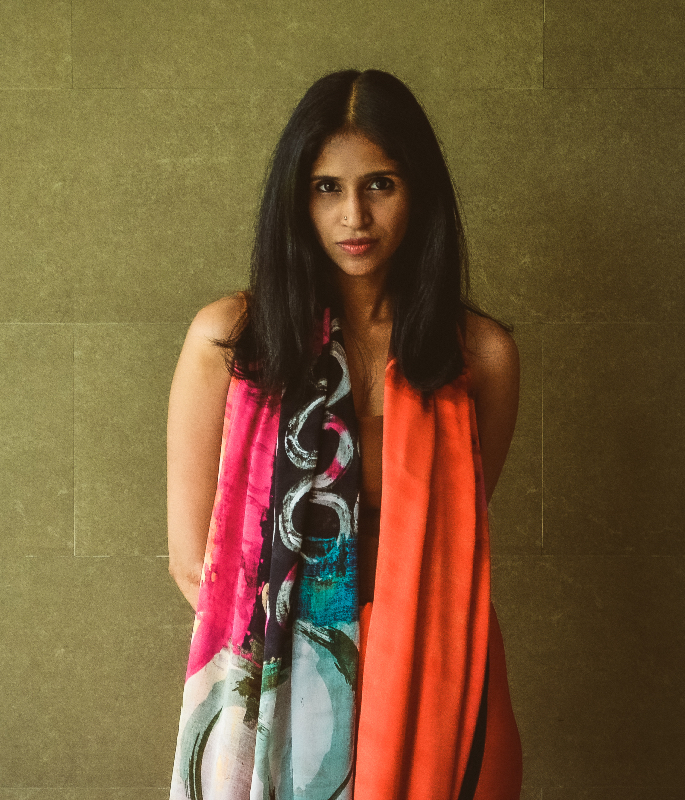 Thanks to colonialism, we see Indian women collectively as victims. This is an idea that British imperialists perpetuated to legitimise their intervention into native affairs.

But the thing is, our foremothers resisted the patriarchy all through history and lived illustrious lives.

They were artists, architects, dancers, poets, farmers, thinkers, queens, saints and warriors. We’ve forgotten all that.

I take inspiration from our foremothers in my book and seek to understand Indian women and Indian feminism through a different lens – not that of white feminism.

“I want to look at Indian communities and see the barriers Indian women face and how they overcome them.”

The way they do that may not always align with western feminism’s idea of empowerment. I think it’s important to explore that, and that’s what I do.

How did the first book change your writing process and who influenced you?

It made me feel like a “real” writer! But after Kaleidoscopic Reflections was published, it took me eight years to write my next book.

This is because I became increasingly critical of my own work and wanted to develop a new, better style of writing. That took time.

“Reading other writers. I get immense pleasure from reading.”

I think that’s what has influenced me most as a writer – other writers.

Having grown up in Kerala and Tamil Nadu, Sindhu has a first-hand account of what it means to be a young woman in India.

The author also continually works to break barriers with her amazing literacy talent.

From writing books about women’s history to redefine feminism, Sindhu Rajasekaran poses as a great beginning point. This is important when learning about women’s rights and equality.

She also takes inspiration from interviews with women from diverse backgrounds, In doing so, Smashing the Patriarchy is an in-depth exploration of the psyche of Indian women living in the 21st-century.

Additionally, working to redefine the notion of feminism, Sindhu Rajasekaran challenges readers and starts a much-needed conversation in regards to femininity and identifying as a modern woman, free of gender norms.

You can find out more about Smashing the Patriarchy – A Guide for the 21st-century Indian Woman here.

Ravinder is a Journalism BA graduate. She has a strong passion for all things fashion, beauty, and lifestyle. She also likes to watch films, read books and travel.
5 Top Contemporary British Asian Artists to Explore
Jemima Goldsmith shares her Love of Pakistani Truck Art