Filmmaker Ahmed Jamal’s cinematic take on the Shakespearean play, Measure to Measure, has released in the UK after opening to mixed reviews in Pakistani cinema houses in November 2016.

Jamal’s film Rahm is a story of a distraught, loving sister (Sanam Saeed) who is struggling to save her brother from a death sentence, forced upon by an authoritarian governor (Sunil Shankar) on grounds of adultery.

In her efforts to save him, she is faced with a moral dilemma whereby she can only save his brother if she agrees to sleep with the governor.

The makers have hardly taken any cinematic liberties with the source material, other than setting it in Lahore and therefore making minor but justifiable social and cultural adjustments.

This is a feat in itself for such experiments don’t necessarily work in a film’s favour.

But director Ahmed Jamal feels that the play and its themes of corruption and injustice couldn’t be more relevant to modern-day Pakistan. In an interview with DESIblitz, Jamal points out:

“We both (Ahmed Jamal and writer/producer Mahmood Jamal) felt that of all of Shakespeare’s plays this one could actually be transported to a completely different cultural and geographical environment and still be as relevant to its new setting as it was in Elizabethan England.

“That is the whole point of the film that the situation in Pakistan is very similar to what was happening here 400 years ago,” he adds.

“The puritans were trying to impose their strict ‘purifying’ view of the world and morality which is happening today in parts of the Muslim world and we have seen the imposition of religious laws and increase in public religiosity in Pakistan over the last 20 or 30 years.”

Talking more about the socio-political situation in the country and how the film not only relates to it but also offers a way of resolve, Jamal says:

“The themes of corruption of power and injustice are a daily experience for many people in Pakistan as in many other countries and societies.

“But we also show that the resolution to these problems is also possible from within that society as long as we have individuals who stand up against the odds and rulers who believe in dispensing justice with mercy.”

The film is courageous not only in literally transposing Shakespearean school of thought to 21st century, but also in taking a strong stance on treachery, social injustice and religious hypocrisy – issues that continue to plague Pakistani society’s development.

However, Rahm is not without its flaws. It occasionally struggles to engage its audience who may grapple with understanding the complexities of the plot that Jamal intends to resonate.

The cast however remains true to its strength and capabilities. Sanam Saeed does complete justice to the role of the brave, young Sameena. And it’s no surprise for the actress seems to have a penchant for empowering roles:

“Sameena is the hero of the story. She is a brave woman who faces things head on and it is her story. She has to fight for justice,” Sanam shares why to she took on the role.

“The characters, I play on television are also strong women. If she had been a ‘damsel in distress’ I wouldn’t have done the role. In Pakistani society women often struggle to be heard and given justice and Sameena is a voice for women.”

“I am grateful that I have not experienced any prejudice or trouble either growing up or in the workplace but I do see it around me,” Sanam talks about what pushes her to do roles that focus on the state of women and their daily challenges.

“In Pakistan women of a certain background who have to work – such as the nurse, cleaning lady or women working in the beauty parlours – often have to struggle against bigotry and chauvinism.

“As an actor, I am always observing people, talking to them and trying to understand nuances and personalities of people which enables me to bring authenticity to the characters I portray on television.”

Rahm does, however, open doors for more such experiments, needed desperately in times when formulas prevail over originality.

Pakistani cinema’s revival, though a welcome change, has been marked by masala potboilers that feed off of their Bollywood counterparts or simply underwhelming, often-patriotic storylines. And so, the industry could really use some original, hard-hitting content. Director Jamal agrees:

“I totally endorse that idea Pakistan should try to ‘invent’ or explore new ways of telling stories rather than emulating Bollywood which has far bigger resources with its star-based system,” Ahmed Jamal emphasises. 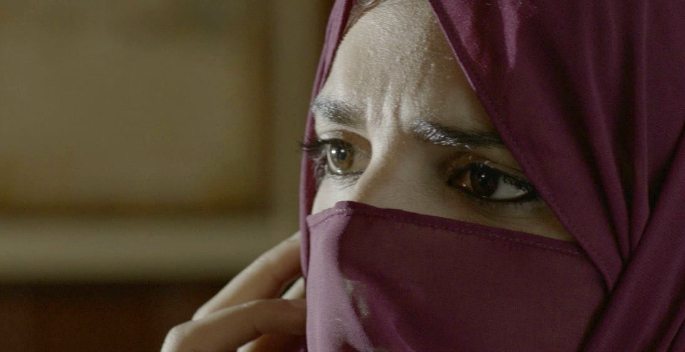 “We don’t have the luxury of big budgets so our films should be story led rather than star led and we should look towards Iranian films for inspiration.”

“This is the sort of thing we are trying to do with Rahm. I feel there should be choice for film going audiences to be able to see things which are not just made for commercial exploitation and films that entertain but also make people think of the bigger issues around them,” he concludes.

Old Lahore offers a perfect backdrop for the film, and audiences will fall in love with the winding streets and the culturally rich architecture:

“The experience of shooting in Lahore was marvellous as I am very familiar with the locations the action was set in and I had the support of friends and the people in general who are considered one of the most hospitable anywhere in the world. I had earlier shot a documentary for the BBC called the Dancing Girls of Lahore which is mostly set in the same backstreets and locality,” Jamal says.

The film Rahm is a British-Pakistani production and has been doing the rounds at international film festivals. Jono Smith is the Director of Photography while Kant Pan has done the editing.

The film has garnered a positive response in the UK. Rahm won the award for ‘Best Adapted Screenplay’ at the London Asian Film Festival.

Pakistani journalist living in the UK, committed towards promoting positive news and stories. A free-spirited soul, she enjoys writing on complicated topics that bust taboos. Her motto in life: "Live and let live."
Shibani Dandekar is the ‘Noor’ in her Sizzling Photoshoot
Manje Bistre makes Punjabi Film History as Highest Opener at Box Office