“King of auctioneers” Raj Bisram is a renowned dealer and antiques expert. The TV personality talks to DESIblitz about his life and the business of antiques.

"I acquired my first antique purely by accident"

The charismatic dealer is known for his instinctive tact to make the best deals on rare and sought after antiques.

On Four Rooms, presenter Anita Rani describes Raj Bisram as the “King of auctioneers for 30 years”, who “uses charm and tact to lull the seller into a false sense of security before playing his ace card.”

Raj’s journey into antiques, however, is an interesting one. He began his career as a Physical Training Instructor for the British Army, before becoming an army ski-racer, and finally a ski instructor in Austria.

He is also the co-owner of Bentley’s Fine Art Auctioneers which attracts high-quality fine art, antique furniture, and jewellery.

In an exclusive Gupshup with DESIblitz, Raj Bisram tells us about his journey into TV, scoring the perfect deal, and his passion for antiques. 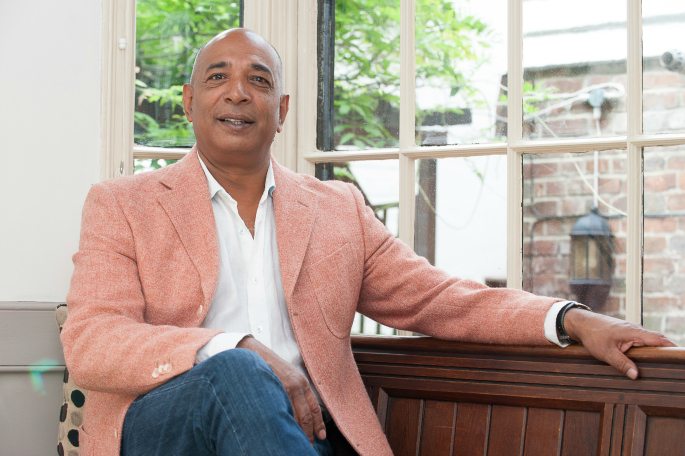 Tell us about your childhood. What was life like?

I was brought up in London in a traditional Indian family home of the day with my parents and two sisters. One of my enduring memories of childhood is of family Sunday outings in the car with a picnic to the English countryside.

I enjoyed these times so much that in later life I have lived most of my adult life in the countryside at home and abroad.

On Sundays when not going out for a drive we would be taken to the Curzon Cinema in Turnpike Lane to watch the big Sunday Indian movie and where my parents would catch up with their friends.

I was educated for most of my school life at Highgate School in North London where my passion for sport blossomed and I gained my school colours for most sports.

You bought your first antique at the age of ten. What was it and how did that happen?

I acquired my first antique purely by accident.

On some days I used to walk to school and would pass a pawnbroker’s shop and was fascinated by the objects in the window, which at that time appeared to me wonderfully exciting.

I had seen three old pottery stoneware jars advertising J. Sainsburys with a price ticket of what would have been today, 50p.

“I used all my pocket money to buy these items and still have them today on my office shelf. That was the start of my love affair with the antiques trade.”

You were in the Army and also became a ski instructor in Austria – tell us about that time.

I joined the army on leaving school and after basic training I was sent on a Physical Training Instructors course eventually becoming a PTI in the REME.

As I was also a good sportsman and as I had never skied before I was sent on an army exercise called Snow Queen to teach me to ski in Bavaria. I found myself straight away at home in the mountains, in the snow on a pair of wooden skis.

I spent the next 3 and half years improving my skiing and eventually becoming an army ski racer.

After leaving the army I travelled and skied in as many places around the world as I could afford. After a spell as road manager to the world aerial stunt team, Flying Skiis, I moved to Austria after the team was disbanded.

My love for skiing and the pretty town of Ellmau goes on to this day and I try and visit at least once a year. 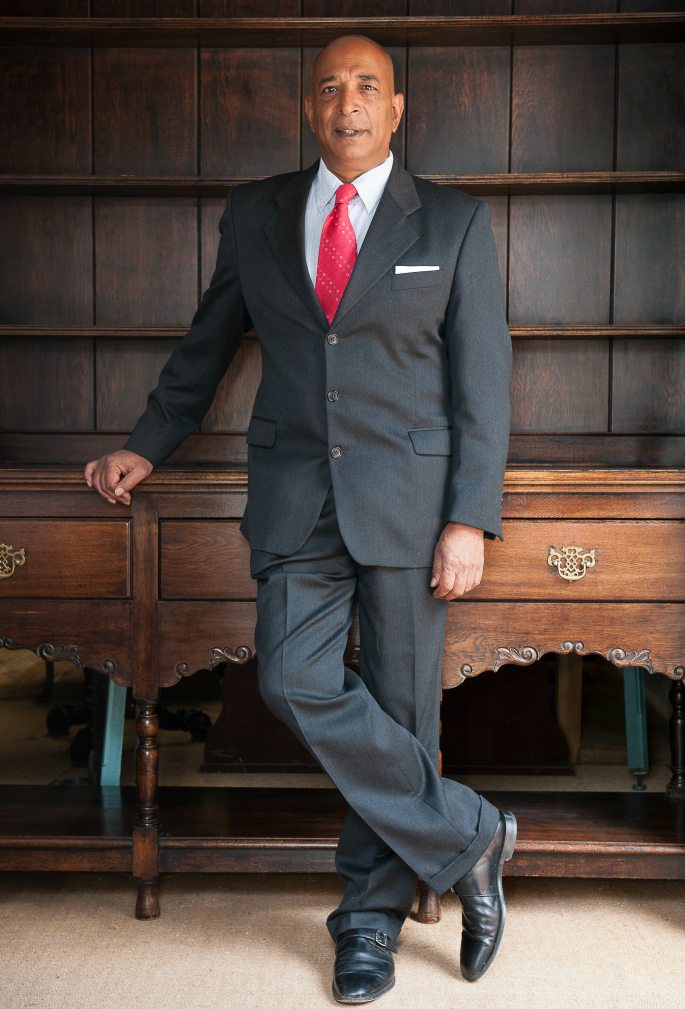 Antiques is not an obvious career or business choice for Asians. What did your family think? Were they supportive? What would’ve you done if you didn’t choose this career?

By the time I choose to go into the antiques world full time my parents had pretty much given up commenting on my career choices as I had already joined the army, been a professional skier so moving into the antiques trade seemed fairly tame.

If I had not gone into the antiques world I would have chosen a job in sports management.

Antiques are a very specialist area. What kind of qualities do you need to be an expert?

“I believe an inquiring mind is essential. Once you are curious about an item or an area of antiques the knowledge and therefore expertise with follow through research and discovery.”

You have appeared on many TV shows. Any unique or special stories related to an item?

In my professional career I have had the honour of many wonderful, historical and one off items going through my hands.

One of the most memorable items was one I bought on Channel 4’s Four Rooms award winning programme.

It was one of the wills of Admiral Lord Nelson and the lovely gentleman who sold it to me told me later that he had wanted to sell it to me from the very beginning because of my enthusiasm for the history of the item.

I think one of the most exciting stories I have been involved in was on an Antiques Road Trip with my friend Anita Manning where she achieved an antiques road trip record for buying and selling an antique bronze Chinese Buddha. Bought for £50 and sold at auction for over £3000.

These are just two of many stories. 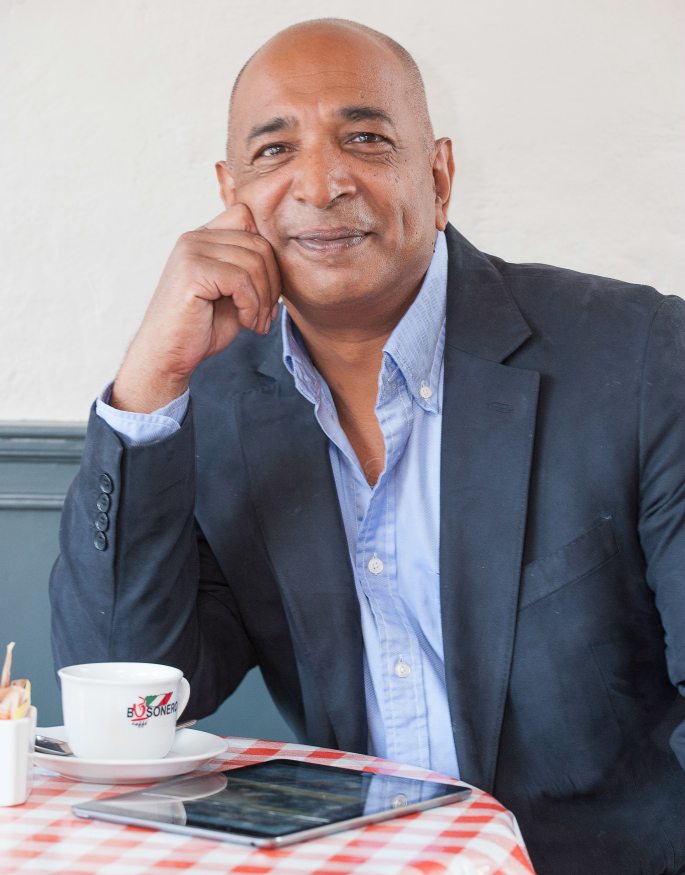 Have you come across any South Asian antiques?

I have not dealt in any South Asian antiques recently but a few years ago I was involved in selling an antique figure of Shiva made of marble from Rajasthan, India for a large 5 figure sum.

How do you spot a really good antique? Is there a formula?

Spotting a good antique comes with years of practice through reading, handling items, talking and listening to people who know more than you.

The best advice I can give is to visit as many auctions, shops and fairs as you can and don’t be afraid to ask questions.

You enjoy cooking – any favourite Desi dishes you like to make?

I really enjoy cooking – it helps me relax and is a welcome distraction. My favourite Desi dish is the Punjabi masala chicken. What I particularly like about this curry is that the masala is dry.

It is a versatile dish and can be served at barbecues, family meals or even for a Sunday lunch.

If someone wanted to get into the business of antiques, what should they do?

There are now various antiques and fine art courses available throughout the UK. Perhaps try and find a position as a trainee cataloguer at an auction house. Possibly invest some money in things you think you can sell at Antique Fairs.

“It is not an easy profession to join but with determination and hard work everything is possible.”

Raj Bisram is undoubtedly a man of many talents with a fascinating life story to share.

His knowledge and intuition make him a respected dealer and expert in the business of antiques, while his quick wit and charm make him an unforgettable TV personality!

Aisha is an editor and a creative writer. Her passions include music, theatre, art and reading. Her motto is “Life is too short, so eat dessert first!”
Vogue model Raudha Athif took her own life?
Australian-Indian gets a $30,000 Fine for Impersonating a UK Doctor