Bollywood beauty Priyanka Chopra really can do no wrong; former Miss World, one of the top Indian actresses of our generation and a singing sensation. She is now the new face of American brand Guess.

"I'm their first brown model. For me it's an honour."

Attending school in the US since the age of 12, Priyanka Chopra admits having a tough time with racism and pinpoints one particular girl who was hell-bent on making her life a misery:

“She was just really evil to me. She hated me and she had a coterie of 10 girls who were these bad ass girls who would throw people in the lockers when they walked.”

After this encounter, Priyanka probably didn’t think that years down the line she would be back in the US as the new Guess girl, shooting the ‘Holiday 2013’ campaign by photographer and singer Bryan Adams. 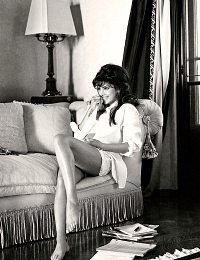 Her desire to become a Guess girl began one day at an airport lounge in London when she was with her manager Anjula Acharia Bath, flicking through fashion magazines.

As she stopped to admire the Guess ads, she never thought it was possible for her to become a Guess model as the brand constantly depicted a flurry of blonde bombshells such as Claudia Schiffer and Kate Upton.

Now, in light of Bath managing to land her the coveted gig, Priyanka realises that as the first Indian woman for Guess, it’s a major breakthrough:

“I’m their first brown model. For a global fashion brand, for them to move their campaign into a global space, for me it’s an honour,” she says.

It’s clear that the face of the girl next door has changed. The images themselves are nothing short of stunning; featuring Priyanka nestled in a Mediterranean villa coyly smiling into the distance sporting cat eyeliner, sexy tousled hair and gorgeous dresses. 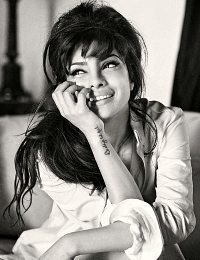 It’s also been revealed that Guess’s President, Paul Mariano, hand-selected her to be the face of the campaign and it really isn’t difficult to see why. The 31 year old is now showing the West what the East has known since she was 17 years old.

Winning the Miss World crown in 2000 as a teenager was just the first accolade of her beauty and star-power. Since the beginning of the noughties she has gone on to become one of the biggest Bollywood actresses of our time, with men swooning over her every move and women idolising her every action.

Now with her rising music career, which has been in the works since 2011, her album is set to feature collaborations with Will.I.Am, and the sexy smash hit ‘Exotic’ features Pitbull — Priyanka is a hot commodity.

It’s also revealed that Interscope head Jimmy Lovine presented her with a record deal within three seconds of meeting her. Priyanka recalls:

“Jimmy had a stereotype of me, which most people do. You expect someone a little more traditional. When I met Jimmy, he was like ‘Oh you’re easy! I thought you’d come in a sari!'”

With these ideals of what people associate with her, Priyanka still finds it tricky to describe her place in the market:

Her yet to be named music album is set to be released by the end of 2013 or in early 2014 on Interscope, Desi Hits, and producer RedOne’s label 2101 Records. 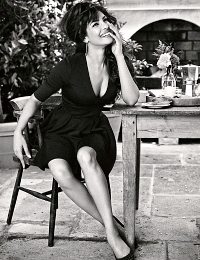 Priyanka has also seemed to convey enough charisma in the States to nab traditional American spots such as being featured in the opening line-up of NFL’s Thursday Night Football, in which NFL’s executives were vowed by her vocals. And let’s not forget her voice-over for Disney’s 3D animated film, Planes which premiered in August 2013.

Voice-over roles are typically reserved for well-known US stars, but for Priyanka it was a chance to add yet another string to her bow, by lending her voice to the character ‘Ishani’.

She was actually approached for this role two years ago and since then has mentioned a slight difficulty in terms of voice-overs: “It was a very different experience. Creating a character in a booth is very different than being on set.”

As far as her initial claims of racism, Priyanka is quick to stick up for Nina Davuluri, Miss America 2013, who received racial criticism in light of her defining win: 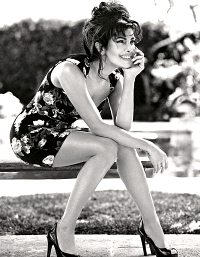 “What is Miss America? America is a melting point of every culture. I think I’ve been a famous person for long enough to know you can’t please everyone.

Her realism to this viewpoint still leaves her undeterred and reminds her why she came back to the US: “Well they say America is a land of dreams and I’ve come here with wanting to be the best that I can be.”

In light of all her golden opportunities, Priyanka hasn’t neglected her supportive Indian audience, as she will be seen in Yash Raj Films’ new project Gunday (2014) with Arjun Kapoor and Ranveer Singh alongside a Sanjay Leela Bhansali biopic of world boxing champion Mary Kom. The sky is most definitely the limit for Priyanka!

Jabeen is a journalist with an unrequited love for crime novels and paranormal documentaries. She's working towards her goal of becoming a presenter and lives by the motto of 'the greatest pleasure in life is doing what people say you cannot do.'
Autumn/Winter 2013 Trends for Women
Designer Amna Iqbal reinvents Pakistani Fashion