A policeman from Rochdale who was once called a hero led a double life as a spy for an organised crime group.

The conspiracy escalated as it went on

A policeman worked for Greater Manchester Police but at the same time, he was a spy for an organised crime group (OCG).

PC Mohammed Malik, aged 37, of Rochdale, was jailed for two years and four months after pleading guilty to spying for an OCG.

He joined the force in 2009 and during his time as a policeman earned many commendations for tackling drug dealing in Manchester city centre.

In May 2017, he tried to save victims in the Manchester Arena bombing while off duty.

He attempted to help victims but alleged witnesses accused him of being involved because of his “skin colour and that he had a rucksack with him”.

This prevented Malik from entering the arena, though he remained outside to help.

However, he led a double life, sending police information to an OCG in exchange for money.

The pair then embarked on an “unhealthy relationship” until they were arrested in November 2018.

Anis would use Snapchat and WhatsApp to send images of cars and individuals he wanted Malik to look for.

Malik would check GMP’s intelligence database to find out if officers were planning on stopping and searching certain vehicles. 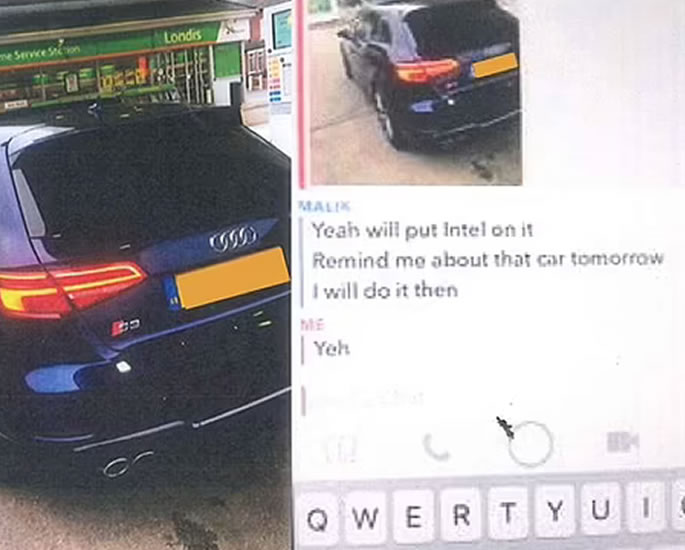 Anis would then pay hundreds of pounds to Malik for providing the results on a monthly basis.

The conspiracy escalated as it went on, with Malik providing help to Anis on how to keep one step ahead of the police, telling him “bro stop driving flashy cars, don’t give them a reason to pull you over”, and “no more private reg which turns heads”.

When Anis’ activities were suspected, Malik told him “don’t do business for a bit”, adding that he should “set up [business] under someone else, but not straight away”.

Malik also searched a Seat Leon after it was recovered by police with a bullet hole, before threatening to stop helping Anis when he was not being paid on time.

The conspiracy eventually reached a point where Malik tipped off Anis that police were outside his home in Bury.

Malik also helped Anis file a false report about a burglary at the address in order to claim insurance money.

Anis was caught after he collected just under a kilogram of cannabis, stashed in Asda carrier bags, from another man in Salford.

Following his arrest, police found the messages between Anis and Malik.

The policeman was subsequently arrested and was charged with three counts of conspiracy to commit misconduct in a public office.

Malik pleaded guilty while Anis was convicted following a trial.

Judge Andrew Menary QC told the corrupt policeman that he had undermined public trust in the force, adding:

“For a period of about 12 months from February 2017 and January 2018 you were involved in a corrupt relationship with your friend Mohammed Anis.

“At times throughout this period, you were each involved in the dishonest exchange of information and intelligence for money.

“Having a friendly police officer who could supply inside information was a potentially very useful resource.

“At GMP we expect the highest standards from all of our officers as part of their duty to serve the public, and it’s clear here that Malik failed to do this and is rightly being punished for his crimes.

“This is a good result that sends a strong message to anyone involved in corruption that we will investigate and will pursue prosecutions to bring those responsible to account.”

Dhiren is a journalism graduate with a passion for gaming, watching films and sports. He also enjoys cooking from time to time. His motto is to “Live life one day at a time.”
Boris Johnson announces End to Covid-19 Restrictions
Brothers who ran Indian Restaurants evaded £500k Tax