The art form of graffiti is quickly becoming legitimate around the world. We look at some of the top notable graffiti and street artists from India.

"I thought being the first graffiti girl in India was crazy."

Graffiti and street art is one of the newest art forms in India. It only came into prominence in the country a decade ago.

Many people considered it a nuisance and some even thought it was vandalism.

Now, the striking pieces created by the artists are capturing the imaginations of everyone who comes across them.

Artists are able to showcase their interpretations of the modern art form at events such as festivals.

Others campaign to get street art some sense of respect.

There are many graffiti and street artists across the world, including India making an impact.

Because graffiti is illegal in some countries, artists use pseudonyms to hide their identities.

As a result, their real identities and physical appearance are not known.

We look at some of the top street artists from India and the recognition they’re getting for their work. 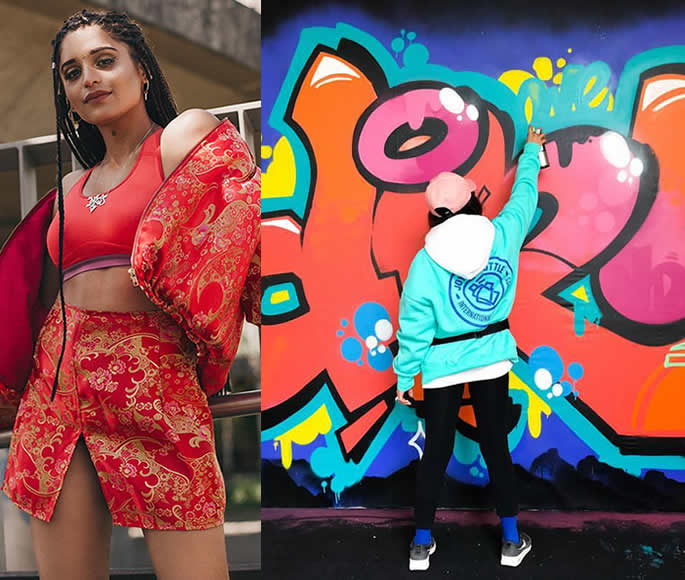 Kajal Singh, also known as ‘Dizy’ is recognised as being one of the first female street artists in India.

She is one of the few graffiti artists to reveal her actual name and has made an impact with her striking work.

Art has been a part of Kajal since childhood but it is her love of hip-hop which led to her current work.

When talking about her moniker, Kajal said:

“Actually dizzy means mad and I thought being the first graffiti girl in India was crazy, so I just kept it Dizy with a single ‘z’.”

The artist usually paints on abandoned spaces if she doesn’t get permission. 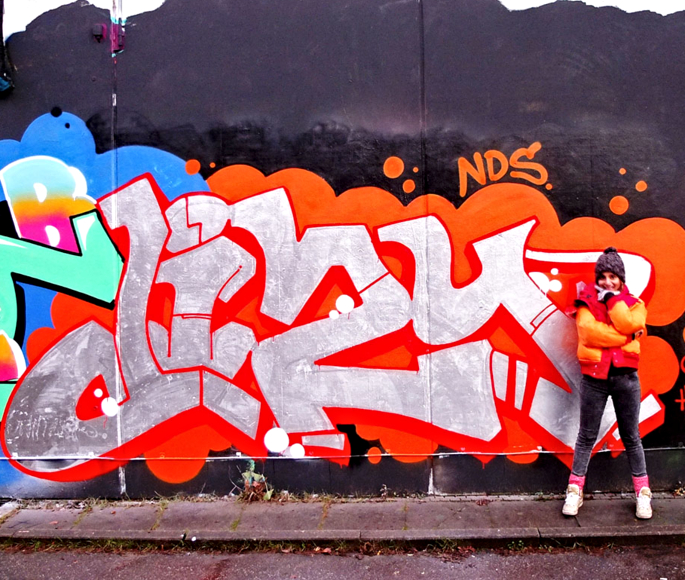 Because the art form is very new in India, people are willing to accept it.

Singh’s style of street art is quite old-school. She uses blocky, bubbly letters in bright colours, along with shine.

Kajal is internationally recognised having stamped her moniker all over the walls of Berlin.

She is also part of the underground graffiti scene in multiple European cities. 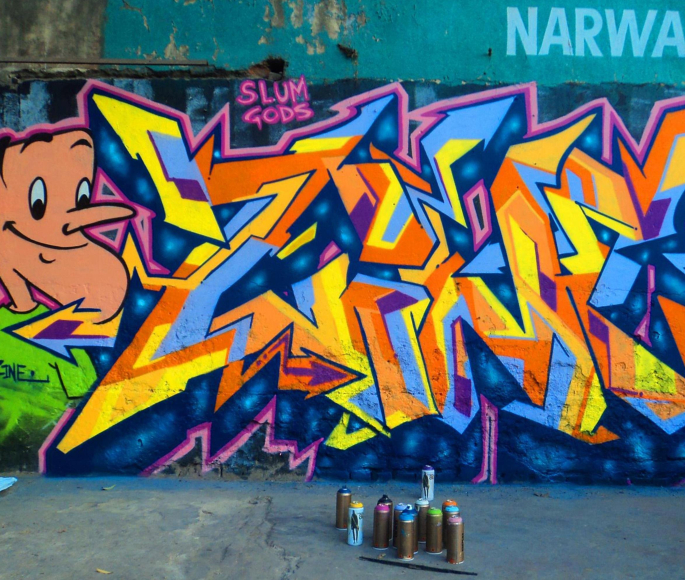 The New Delhi-based graffiti artist first ventured into the art form when he wrote his real name on an electrical post with a pencil.

As he grew older, Zine gradually moved towards rap music and graffiti.

Zine’s elder brother was a major influence as it was his rap cassette collection from the 1990s which drew him to the art form.

It is also down to his fascination with colour, which is seen in his works.

According to the artist, he considers his style to be “Wildstyle”.

Graffiti is Zine’s passion and usually paints just to have fun with his work as he does not want to limit himself.

His moniker is branding across the streets of Delhi in vibrant colours. 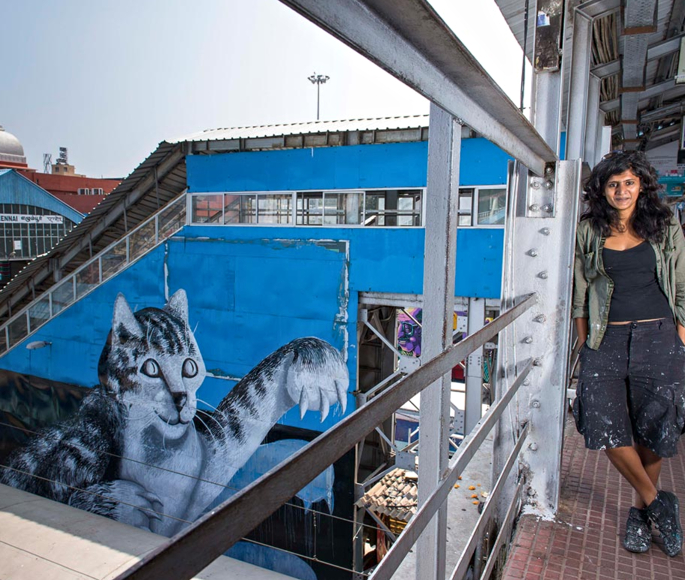 While she is one of India’s most successful street artists, Anpu Varkey is originally a painter.

Her start came when she was living in Germany and saw the street artists she lived with creating their art on the streets.

Working on the streets for Anpu was a liberating experience.

She realised that there were a number of ways to confront a space rather than just one inside a studio.

Since then, her work is scattered on the walls of Delhi, Pune, Rishikesh and Chennai. 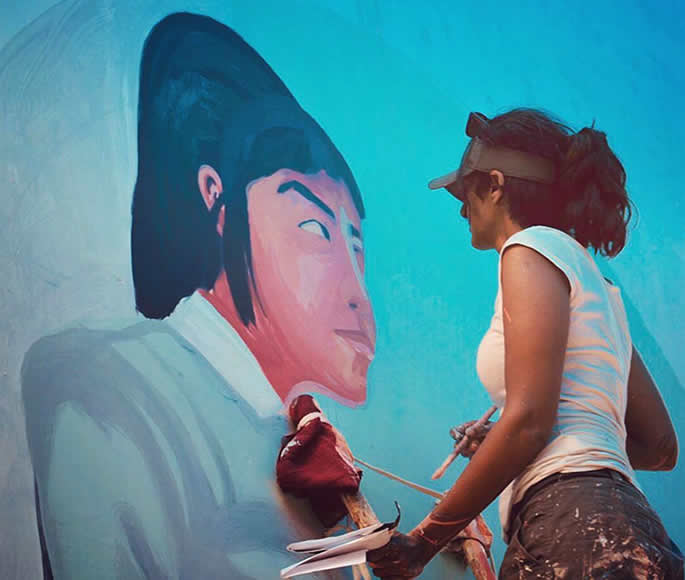 Anpu is known for her signature cat-themed murals, all of which, are of different sizes.

Some of her murals can take up the entire side of a building.

Since 2011, Anpu has been helping organise street art festivals for other Indian artists to showcase their work.

Anpu published her first graphic novel in 2014, titled Jaba, which looks into a day in the life of her cat. 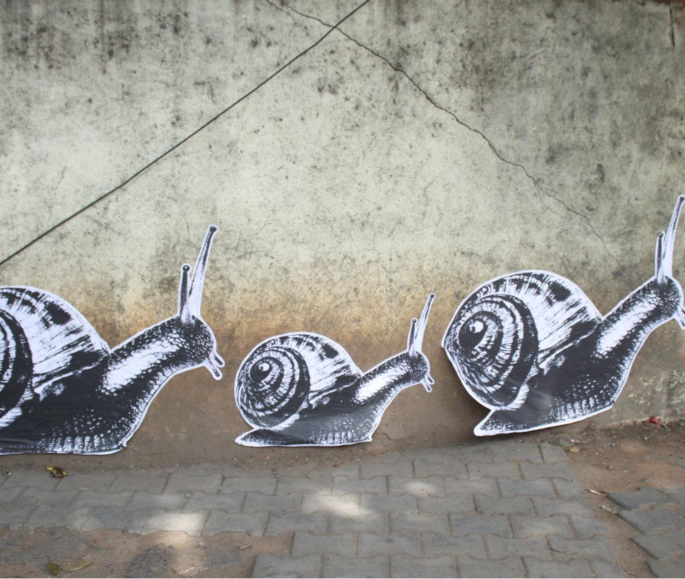 Daku is one the most famous Indian street artists even though not much is known about him.

His work appears all over India in a number of formats.

Daku, which translates to bandit in Hindi, adopted the name as a pun on the unlawful aspect of his art form.

He claims that the illegality of graffiti art only inspires him to create curiosity for his viewers.

One of Daku’s most famous street artworks are snails stuck to a wall.

It is to mock the slow traffic in Bengaluru.

Regarded as India’s Banksy, his name is tagged in many cities for several years in certain fonts and typography.

Daku is recognised as one of the pioneers of graffiti in India and organised the first ever street art festival in the country in 2013.

Throughout his time as an artist, Daku’s works have been showcased at major international venues.

This includes the Triennale Design Museum in Italy.

Daku’s work has also received the attention of Bollywood stars. In 2015, he designed a room in Hrithik Roshan’s flat.

As one of India’s first graffiti artists, Daku is well-versed in the art form. 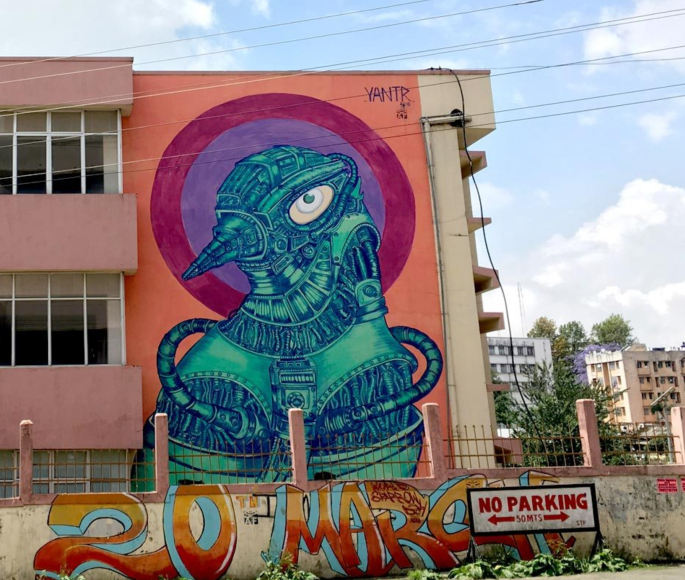 Yantr is responsible for introducing contemporary mural art as a street art in India.

His name, which is Sanskrit for ‘machine’, draws his influence from his childhood experiences in his father’s garage.

He is known for his biometric designs which address socio-political messages.

Yantr’s graffiti spans between Assam and Delhi, all of which are larger than life and captures people’s imaginations.

One of his most famous works is Parmanu Muskan, which depicts Buddha wearing a mechanical mask.

This is to highlight environmental issues which needs to be addressed in the country.

According to Yantr, art is what appeals to regular people.

Yantr’s style is evidence that he is an admirer of mechanics and tries to use these elements while creating art that is relatable to a large demographic. 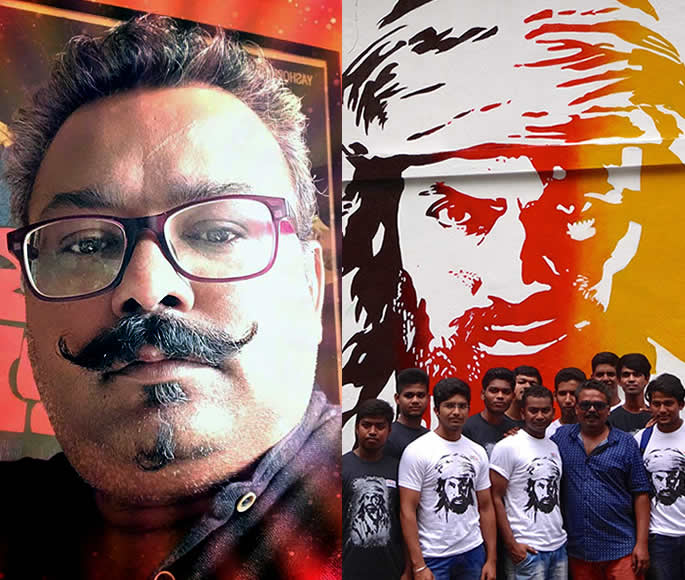 Ranjit Dahiya has always been fascinated with street art and hand painted Bollywood posters for over 18 years.

In 2012, Ranjit created the Bollywood Art Project (BAP) which is an urban art project.

It aims at portraying the cinematic history of Bollywood.

Despite Bollywood being synonymous with Mumbai, there is little visual presence apart from upcoming film banners.

Ranjit changes that with BAP. They revisit Bollywood’s rich culture and bring it out onto the streets.

Since then, various pieces of street art is all around and dedicated to Bollywood. 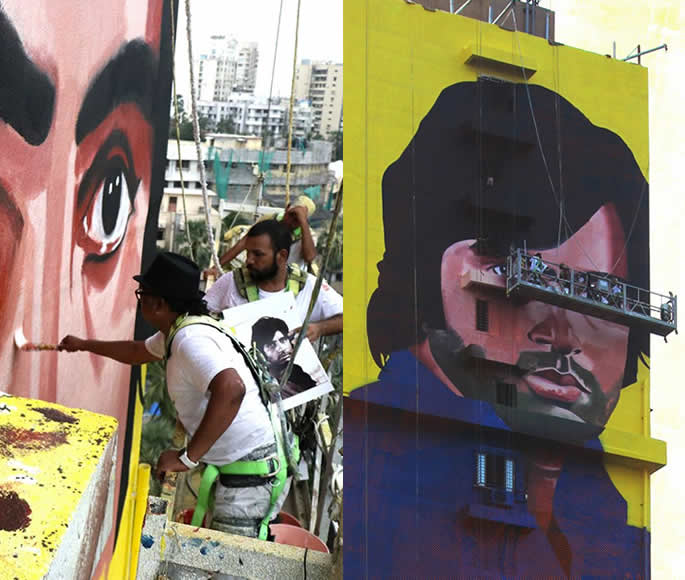 This includes pieces depicting Amitabh Bachchan from the 1975 film Deewar.

In 2014, he teamed with fellow graffiti artist Yantr to create India’s largest mural, a depiction of Dadasaheb Phalke.

His tributes to Bollywood make him one of India’s most notable street artists. 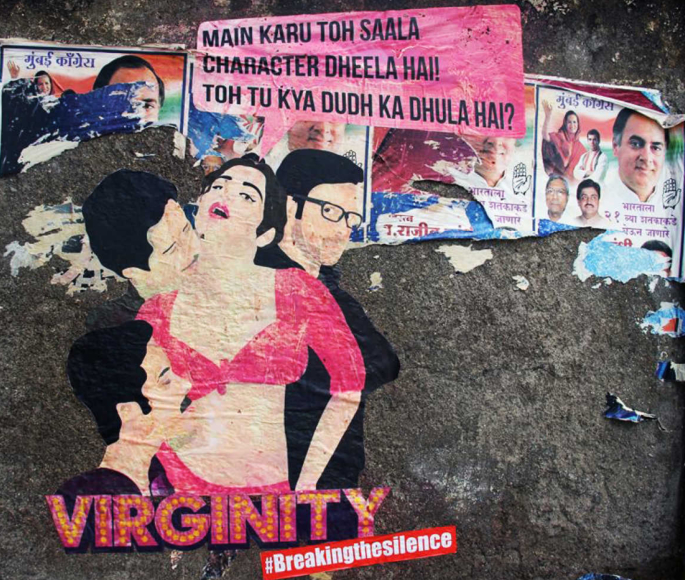 She uses popular Bollywood stereotypes to address gender injustice and the depiction of women in Indian cinema.

Each piece of work is unique to one another and all are part of her #BreakingTheSilence project.

It is to inspire people to speak up about the injustices women face in India.

Jheel highlights how Bollywood has portrayed women as secondary characters through her art.

Her project began as part of her final year project at college but it is something she has continued.

Jheel’s intention to use Bollywood iconography is to make underlying themes relatable to the youth.

Street art in India is always growing and these artists are the most notable.

All present a number of themes in what they create and how its created.

These artists have various influences which got them into graffiti and street art.

However, all their work is recognised and so are they.