Two Netflix officials have been booked by police in Madhya Pradesh following the controversy the kissing scenes in ‘A Suitable Boy’ caused.

"these scenes are hurting the sentiments of a particular religion."

The series depicted kissing scenes inside a temple and caused controversy.

However, collector of Khargone district Anugraha P has claimed that the kissing scenes were not filmed inside a temple.

Shergill and Khurana were booked by Rewa Police based on a complaint filed by BJP youth leader Gaurav Tiwari. He demanded an apology from Netflix and the series creators.

He also demanded the “objectionable scenes” to be removed.

In a statement, Mishra previously said: “I had asked officials to examine the series A Suitable Boy being streamed on Netflix to check if kissing scenes in it were filmed inside a temple and if it hurt religious sentiments.

“The examination prima facie found that these scenes are hurting the sentiments of a particular religion.

“On the basis of a complaint filed by Gaurav Tiwari, an FIR is being registered under section 295 (A) (malicious acts to outrage and insulting the religious feelings and beliefs) of the Indian Penal Code (IPC) in Rewa against Netflix officials – Monika Shergill and Ambika Khurana.”

Rewa Superintendent of Police Rakesh Kumar Singh confirmed that an FIR has been registered and further investigation is underway.

Tiwari had said: “Kissing scenes (filmed) inside a temple of Lord Maheshwar (a historic town located on the banks of Narmada in Madhya Pradesh) have hurt the sentiments of Hindus.” 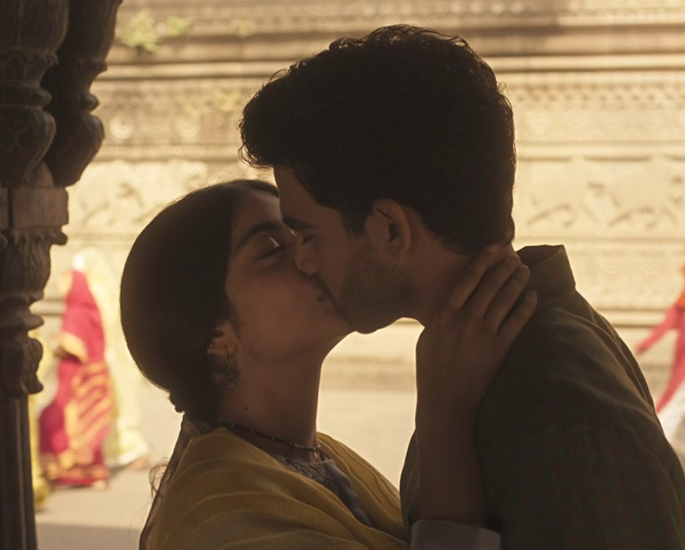 But Anugraha said:  “We have not received any formal complaint so far regarding the controversy surrounding the Netflix series.

“But taking cognisance of media reports, I sent a sub-divisional magistrate (SDM) and tehsildar to the spot at Maheshwar.

“We have inspected the fort complex where the web series (A Suitable Boy) was shot.”

“There are also temples in the huge fort complex on the banks of the Narmada River at Maheshwar.

“But according to the SDM report, at first glance, it seems the controversial kissing scenes were not filmed inside the temple. Probably these scenes were shot somewhere else in the fort complex.”

She went on to say that a committee will be constituted to look into the matter in detail if the government orders so.

Anugraha added: “As of now, the allegation has not been confirmed that the controversial kissing scenes of the web series were shot inside a temple in Maheshwar.

“However, if the state government orders us, we will constitute a committee to investigate the matter in detail and send a report.”

She concluded by saying that the district administration had given permission for the series to be filmed in Maheshwar in December 2019.

The six-part series is directed by Mira Nair and is based on Vikram Seth’s novel of the same name.

Dhiren is a journalism graduate with a passion for gaming, watching films and sports. He also enjoys cooking from time to time. His motto is to “Live life one day at a time.”
Kriti Sanon extends Support to Domestic Violence Victims
Vir Das Condemns Celebs Sharing Videos of Covid Tests