8 Most Anticipated Books of 2023 by British Asian Authors

2023 is gearing up to be a special year for British Asian authors who are releasing an array of exciting novels from thrillers to guidebooks.

"This is a truly excellent, important and insightful book"

2022 has been a great year for British Asian authors and that momentum won’t be slowing down in 2023.

The year already looks promising for new and established writers as the anticipation is rising for some books on the horizon.

Sathnam Sanghera returns with Stolen History: The Truth About the British Empire and there’s a debut for the Mayor of London, Sadiq Khan, with Breathe: Tackling the Climate Emergency.

However, the diversely themed books don’t stop there. There is also a spine-tingling mystery by Kia Abdullah and a bisexual ‘guidebook’ by Vaneet Mehta.

There’s plenty of fresh reading material for all audiences and highlights this exciting period within literature.

So, here are the top 8 books by British Asian authors that readers can’t wait to get their hands on in 2023.

Those People Next Door by Kia Abdullah 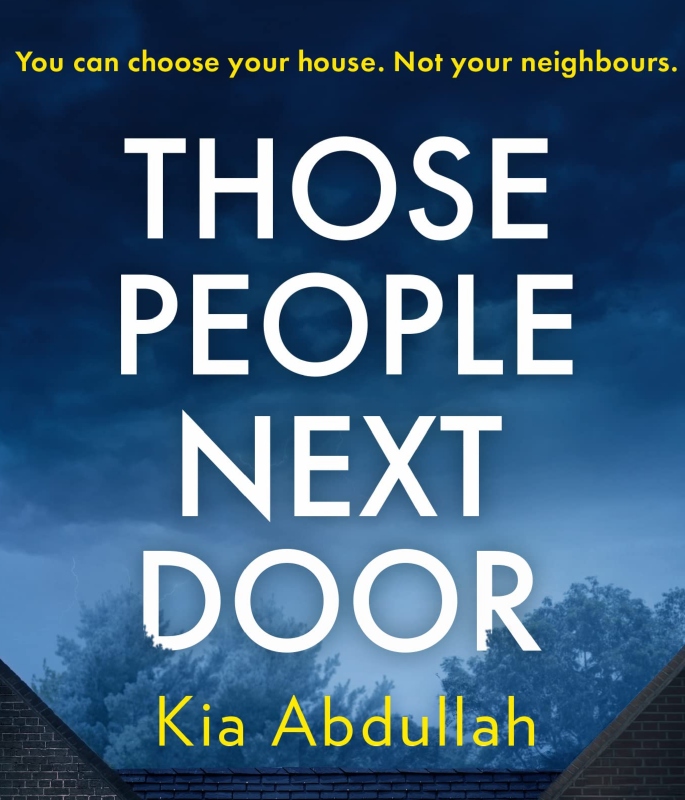 Best-selling author and travel writer, Kia Abdullah, brings a captivating thriller about nightmare neighbours in Those People Next Door.

The plot surrounds Salma Khatun, a hopeful mother who moves to a suburban area with her husband and son.

Desperate for a fresh start in life, Salma wants to fit into the community but things get weird when she spots her neighbour, Tom, ripping up her son’s anti-racist banner.

When she moves the banner inside and puts it in her window, she wakes up to see the window smeared with paint.

Now, a battle ensues between the two families and the stakes get higher as the novel unfolds.

Those People Next Door is thought-provoking in the way it explores innocence, discrimination, love, and protection. 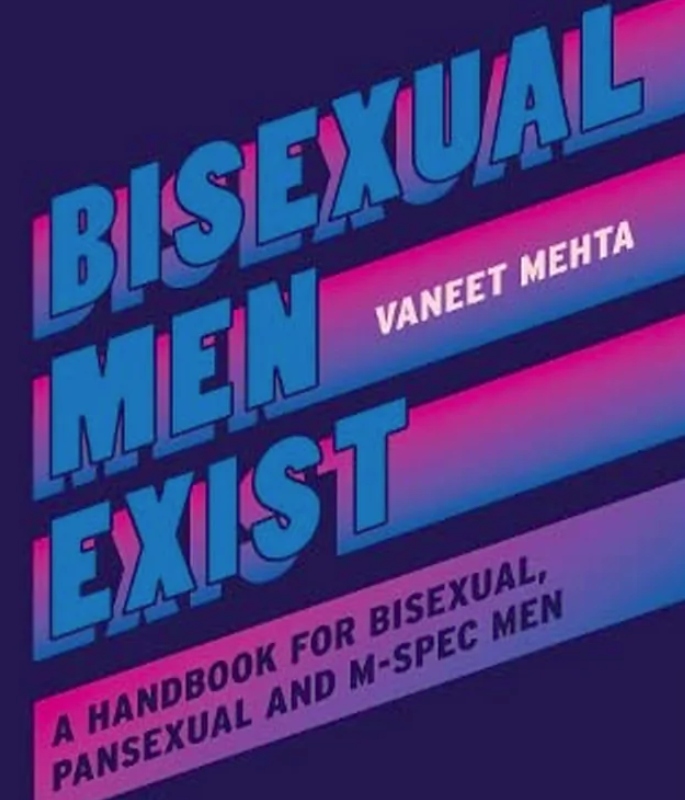 Vaneet Mehta is a British Indian from West London. He’s a software engineer, public speaker, and the founder of #BisexualMenExist, a campaign that went viral in 2020.

As a bisexual man himself, Vaneet knows all too well the difficulties that come with it.

For over a decade, the writer has explored his own identity, figuring out who he is and the unfortunate battles he needs to fight as a bisexual man.

When he came out, he was ridiculed and questioned to the point people began erasing his character.

The #BisexualMenExist campaign was inspired by these incidents to help combat the hate that m-spec (multi-gender attracted spectrum) men face.

Bisexual Men Exist is an extension of that fight and goes through topics such as dating, health, and relationships.

Vaneet also shares his own personal stories in order to validate and uplift other bisexual men. This book helps break down stereotypes and highlights the importance of representation.

The Patriarchs: How Men Came to Rule by Angela Saini 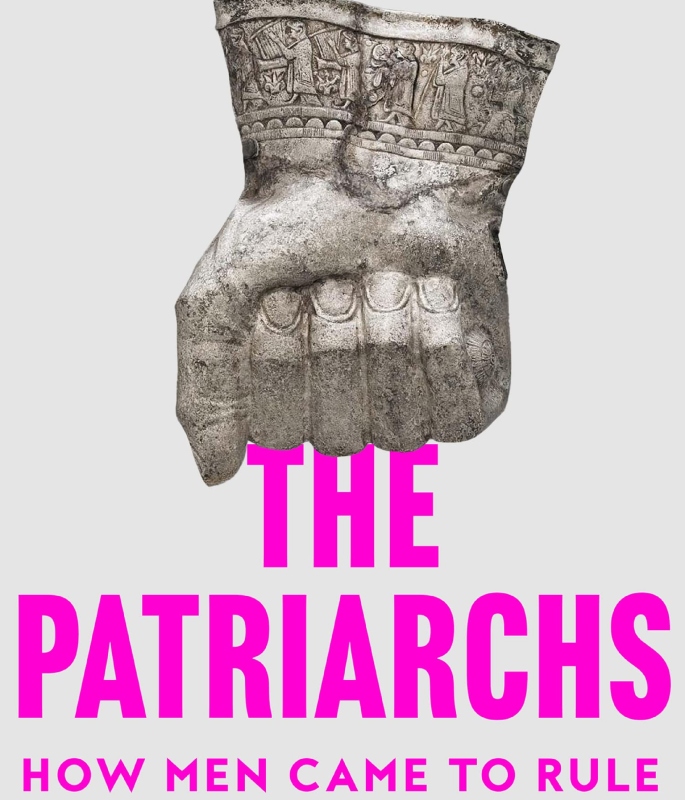 One of the most exciting British Asian authors is Angela Saini whose work has appeared in The Guardian, The New Humanist, and Wired.

The Patriarchs: How Men Came to Rule is a detailed look into gendered oppression.

Saini sets out to uncover the roots of patriarchy, looking at the world’s earliest human settlements and tracing political histories to see how far back this oppression really goes.

“This is a truly excellent, important and insightful book.

“By unpacking the terms ‘patriarchy’ and ‘feminism’, Saini reveals that the words themselves have complex histories.

“She reminds us to critique every piece of evidence and wade back through centuries of misunderstanding, misrepresentation and mistruths. A glorious work!”

Stand Up by Nikesh Shukla 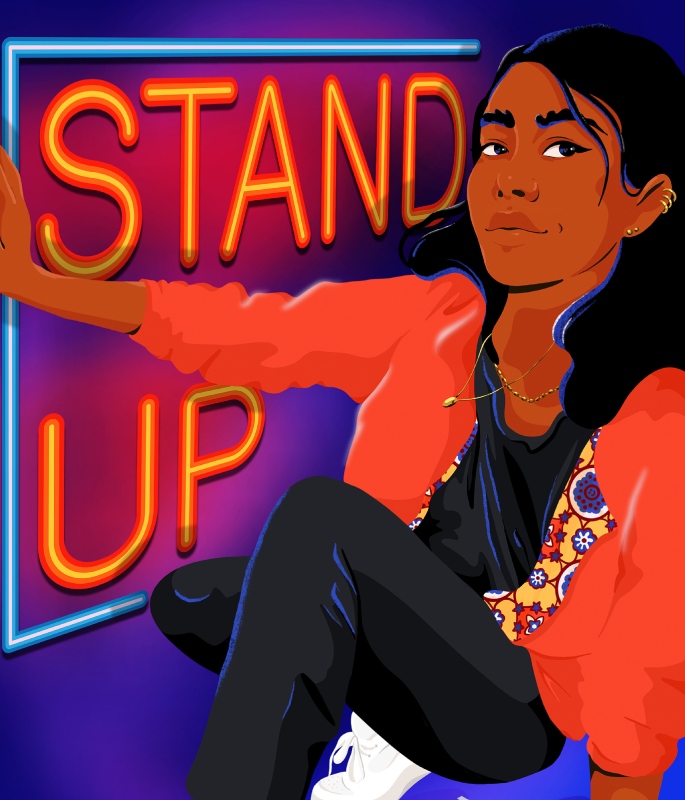 Author and screenwriter, Nikesh Shukla, is publishing a riveting book about chasing your dreams and the price of fame.

The novel follows Madhu, a young girl who aspires to be a world-famous comedian and semi-succeeds when a clip of her goes viral on YouTube.

Whilst juggling this newfound stardom, she struggles to keep up with family expectations and cultural pressures.

Hidden within the plot are sub-stories such as Madhu’s strict father and the forbidden contact between her and her sister.

Stand Up tries to piece together a fragile girl who is being pulled from multiple directions as she navigates the world in front of her.

A Pebble In The Throat by Aasmah Mir 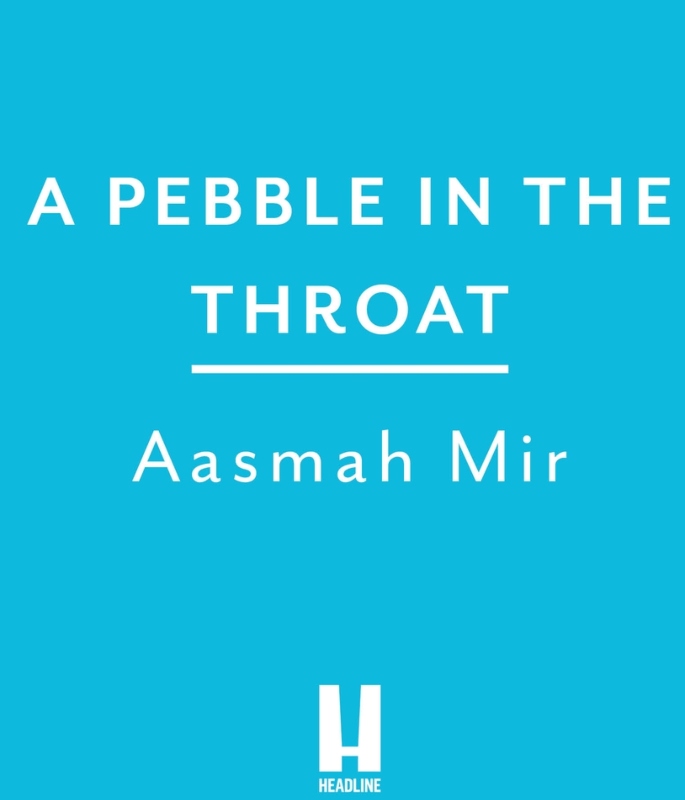 Her novel A Pebble In The Throat is a fascinating look at two stories where Aasmah describes growing up in Glasgow whilst simultaneously outlining the upbringing of her mother in Pakistan.

The emotional tale looks at what it’s like to live in two different cultures, trying to seek acceptance from both of them.

Likewise, it explores the issues of racism and stereotyping, where Aasmah tries to bridge the gap between cultural expectations and finding your own voice.

It’s moving, intricate, and relatable to all those struggling to find their place in the world.

Her by Mira V Shah 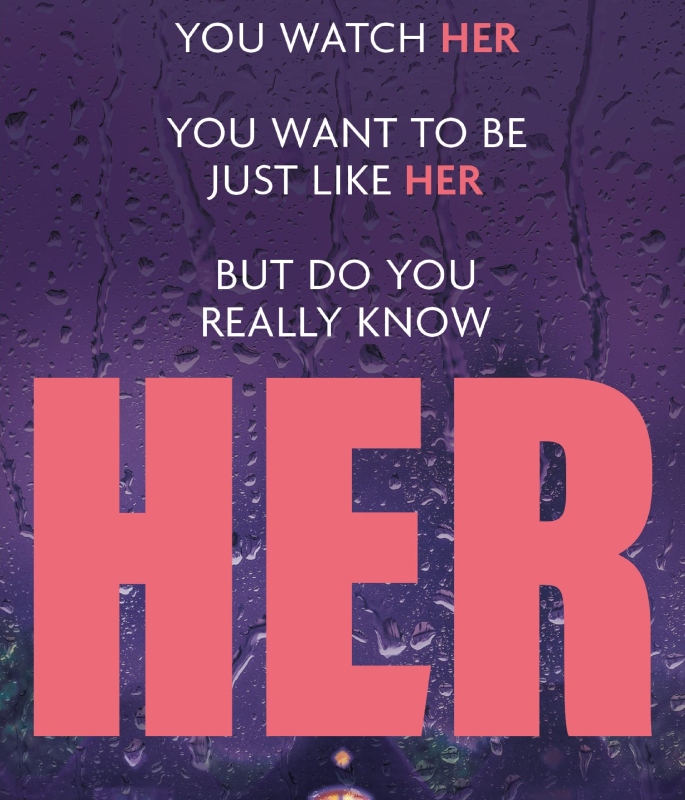 Her is an emotionally-driven tale of two women, Rani and Natalie, who get sucked into each other’s lives with disastrous consequences.

It comes from one of the most popular British Asian authors, Mira V Shah.

Rani lives in a tiny apartment with her two children and partner, wishing she could escape to somewhere that felt like home.

When Natalie moves into the giant house across the road, her luxurious life is stalked by Rani who is in awe.

However, as they get closer to each other, Rani soon figures out that everything is not as it seems on the surface.

Natalie has secrets, secrets that will change both of their lives forever. Author, Stacey Thomas, shared her feelings about the advanced copy of the book, stating:

“Mira V Shah’s Her scared me in the best possible way.”

“As much as I enjoy reading psychological thrillers, I’ve never had that sensation where I felt as though this could be me.” 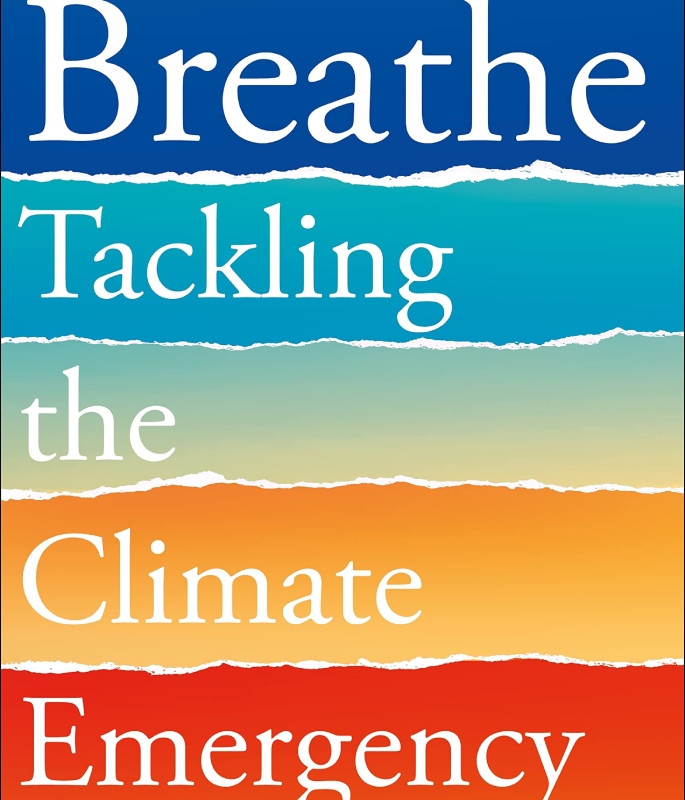 The book was inspired by an unfortunate incident where Khan was diagnosed with adult-onset asthma when he was 43.

The asthma was triggered by the polluted London air that he had been breathing for decades. Since then, he has revitalised the way the capital treats climate change.

Drawing on his own experiences, Khan identifies seven key ways to get environmental action back on track. He also tries to prove to skeptics that this crisis is very real.

The book is a harsh look at our deteriorating world. But it’s also a plea for others to recognise that climate change is affecting civilisation in ways we can and cannot see – which is frightening.

But, hopefully, Khan feels that this book will help shed a light on urgent issues and help create a world where we can all breathe again.

Stolen History: The Truth About the British Empire by Sathnam Sanghera 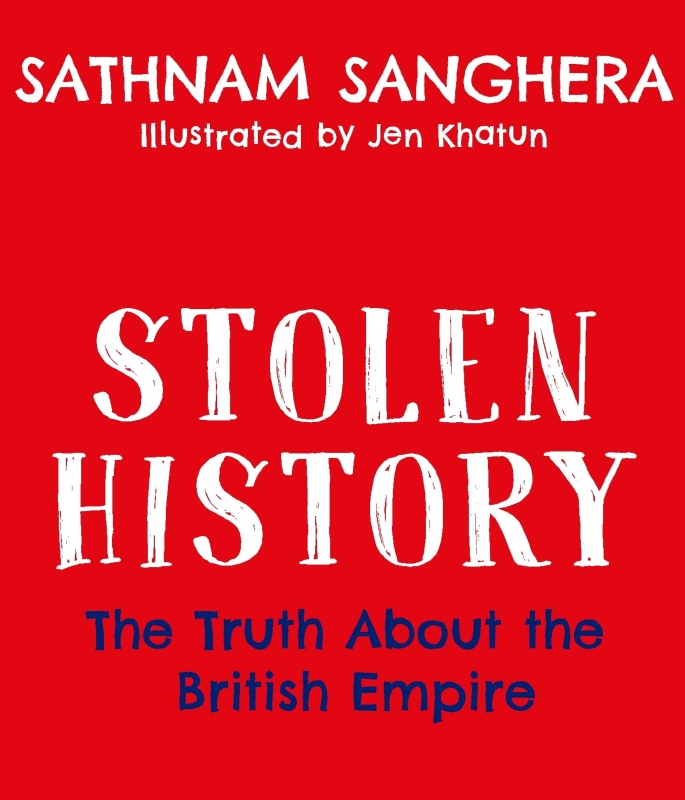 One of the most established British Asian authors on this list is Sathnam Sanghera, who lives in London.

Coming off the back of his successful books The Boy With The Topknot (2008), Marriage Material (2013), and Empireland (2021) comes his new adventure, Stolen History.

The essential and engaging introduction to Britain’s imperial history is suitable for those aged nine and above.

Looking at the rise of Britain’s power as a nation, Sanghera discusses the way it affects lives today from the food people eat to the sports that are played.

It’s a pressing matter to look toward the past in order to better understand the future. Talking about the book, Sanghera reveals:

“I’ve resisted suggestions that I write a kids’ book on empire on the grounds that I didn’t want to sanitise the history.

“But I think I’ve found a tone that allows me to be both honest and entertaining.”

“I’m really excited that kids might soon have access to knowledge about the British Empire that I only stumbled across at the age of 45.

“Becoming at ease with this history is essential to Britain becoming a saner country.”

2023 is promising to have some of the most creative and dynamic British Asian authors grace readers once again with their books.

What’s great to see is the diverse range of themes and topics these writers are addressing. From history to the environment to mystery, these publications are talking about it all.

It’s refreshing to see a shift in the literary landscape where British Asian authors can prosper.

Artist Shahina Jaffer: The Link between Health and Art
Chanchal Chowdhury to Return to Theatre