Menstrual Taboos and Myths in India

Menstrual taboos lead women to be the subject of social exclusion, ruling them out of contributing in religious activities and making them an outcast. Isn’t it high time we got rid of these taboos?

At least 23 per cent of girls in India quit schools when they start menstruating.

A menstrual taboo involves menstruation being professed as impure or awkward. It extends even to the mention of menstruation both in public and in private.

Our understanding of menstruation was vague prior to science clarifying it. Thus a lot of bizarre beliefs were twisted to explain periods in primeval communities and cultures.

Though now proven wrong by science, these beliefs are still practiced in current societies and by so-called modern communities, especially in India.

These myths put forward that menstruation is a sickness or a nuisance, that a female’s body is contaminated when she is going through her monthly period. It directs us to the customs of untouchability and outcasting of menstruating women from normal, healthy society. 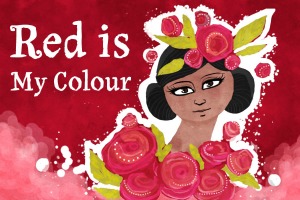 Even today in India and parts of South Asia, there are families, who treat a menstruating woman in a very humiliating way, and her attendance at the holy places in the house or in social functions is considered ill-fated.

Menstruation stigma gives justification for authoritative men to control women’s liberty and limit them from being considered equal to men.

Why is it that the lady of the house who prepares food and does all the family chores dutifully on all the other days of the month, abruptly become polluted and deficient only because she is going through a cycle in her body which is normal and natural?

Why are there temples in India which have put up boards not allowing menstruating woman from entering?

Why do educated chemists or shopkeepers wrap up sanitary napkins in paper or brown bag before discreetly handing them over to the customer? 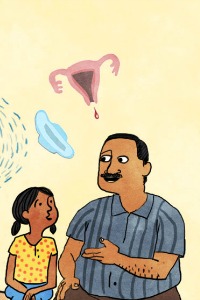 Often a girl’s first period is celebrated in Western countries as it welcomes her into womanhood.

However in rural as well as metropolitan India, menstruation is hardly ever conversed openly, and the silence saddles the youth by keeping them uninformed and confused.

As a result, these mythologies continue to live on and are not once questioned from the younger generation to the elders.

Both parents and teachers feel uncomfortable informing them about the physiological course and sanitation practices to follow.

At least 23 per cent of girls in India quit schools when they start menstruating and the rest miss at least five days during each monthly menstrual period between the ages of 12 and 18.

But it is not just the social systems and patriarchal hierarchies that are part of the problem. Women too have created these boundaries for themselves and their daughters.

They have passed it down from one generation to another without questioning the facts, thus making it even more complicated for the younger generation to understand it.

Why is the little girl getting her period for the first time, comforted by her mother and immediately instructed not to discuss this with her father?

Is it only the mother’s responsibility to help their daughters be introduced to this occurrence? If the father is the hero in a girl’s life, then why don’t they jointly do it? 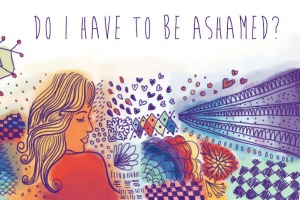 If fathers talk openly to daughters about menstruation, it would become less of a cloak-and-dagger topic and every girl will be extremely confident and not ashamed or nervous about being around male family members when they are menstruating.

Education also needs to be more level-headed, down to business and thoughtful about how to raise young girls to think about their bodies. Young girls should be encouraged to discuss and ask questions freely.

How about an environmental science class where the topic of puberty and menstruation is not hurried through with chuckles across the class?

While India struggles to fight away the menstrual taboos, there are a few Indians who are doing a remarkable job in spreading awareness about menstruation and its hygiene. 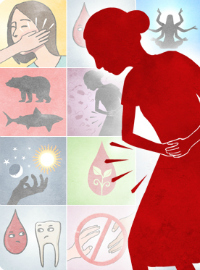 Aditi Gupta, the founder of the website ‘Menstrupedia.com’, which is a complete guide for menstruation, providing access to information, myths, FAQs, blogs, interactive videos and comic strips on the topic.

They plan on reaching 3 million girls with the help of various NGOs and schools. They also plan on translating their super hit comic book in 15 different Indian languages which would make it easier and wider to reach out.

Even celebrities like Parineeti Chopra, Mandira Bedi are coming forward to show their support for the promotional campaign ‘Touch the Pickle’ for the sanitary napkin brand ‘Whisper’ which is set to break the ‘periods’ taboo that is prominent among Indian women.

If the right awareness is created among society regarding menstruation, there will be a day when periods will no longer be a hush-hush topic.

When men will be aware when their wives or sisters are menstruating and not treat them as an outcast but encourage them to take proper rest instead.

When TV channels showing sanitary napkins advertisements won’t be muted or flipped uncomfortably. And when females can take proper hygienic measures to lead a healthy life.

Let’s hope that day comes sooner rather than later.

Komal is a cinéaste, who believes she was born to love films. Apart from working as assistant Director in Bollywood, she finds herself doing photography or watching Simpsons. “All I have in life is my imagination and I love it that way!”