Man burst into Girlfriend’s Office and Beat Up her Boss

Dev Sangha stormed into the office of his girlfriend’s workplace and beat up her boss. The incident happened on December 7, 2018.

"You took them in to frighten and threaten."

Dev Sangha, aged 48, of no fixed address, was jailed for 22 months on July 5, 2019, after he went into the office of his girlfriend’s workplace and beat up her boss over comments he made about her.

He received a further two months for an attack on a car in a separate incident.

Sangha stormed into the office at Marcus Transport on December 7, 2018, and punched logistics manager Steve Harrison. He then fought with him on a desk in a sustained assault.

After the struggle was broken up, Sangha went to his car and returned with two knives, attempting to enter the office again.

Bradford Crown Court heard he had drunk heavily and taken cocaine the night before.

The incidents at the company on Friars Industrial Estate, Bradford Road, Idle, were captured on CCTV.

Judge David Hatton QC said: “You behaved in a violent and threatening manner.

“Once in the premises, you conducted a purposeful repeated assault. Happily, it did not result in him receiving a serious injury.”

Sangha, who had previous convictions for violence and criminal damage, had been with his partner Joanne Jeffrey at her home on December 6 when she complained about belittling comments Mr Harrison had made.

The next morning, Sangha dropped her off at the haulage company and later made a call to the company. 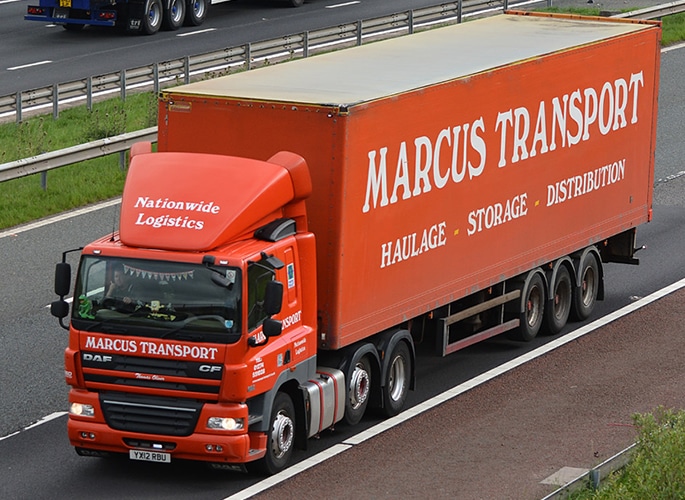 It soon became heated when he complained about what Mr Harrison had said to his girlfriend.

He went to the office unarmed and threw a punch at Mr Harrison, causing a cut above his eye.

Sangha then fought with him on a desk and on the floor shouting: “I’m having you.”

Staff members broke up the fight. Sangha went to his car and returned with two knives. Staff prevented him from getting back into the office.

Ms Jeffrey had gone to the warehouse when Sangha shouted: “Where is she, where the f*** is she.”

He drove off with a police officer chasing him after they arrived.

The knives had been in Sangha’s car because they had been used to cut a cake at a work birthday celebration.

One was discovered in the car footwell the next day and he was arrested.

Sangha had pulled out in front of a woman driving on Bradford Road causing her to slam on her brakes.

He got out of his car, walked towards her car and punched the windscreen, smashing it and causing £300 worth of damage.

Sangha shouted at the woman and attempted to grab her phone stating: “I’m a f***king gangster.”

Judge Hatton explained that Sangha got out of his car in a rage and confronted the woman.

She stated that Sangha apologised for his actions and had taken measures to get off drink and drugs while on remand in prison, taking part in programmes.

Sangha admitted that he beat up Mr Harrison occasioning actual bodily harm, possessing a knife in a public case, two assault charges, causing damage to the woman’s car and causing damage to a vehicle parked in the car park at Marcus Transport.

Dev Sangha was sentenced to 22 months in prison. The additional two months for the attack on the car will run concurrently.

The Telegraph and Argus reported that Sangha was also given an indefinite restraining order prohibiting him from attending the premises of Marcus Transport.

Dhiren is a journalism graduate with a passion for gaming, watching films and sports. He also enjoys cooking from time to time. His motto is to “Live life one day at a time.”
Indian Man uses Girl as Bait to kill other Boyfriend
Indian Man molesting Guest in Flat caught on CCTV