DESIblitz reviews the heartwarming Marathi film ‘Half Ticket,’ which celebrates its European premiere at the London Indian Film Festival 2017.

Half Ticket boasts of some terrific performances

As well as the spine-chilling Lapachhapi, the London Indian Film Festival 2017 also showcased the uplifting Marathi drama, Half Ticket.

The film is a realistic insight into life in the harsh slums of India. Explaining the significance of the movie, director Samit Kakkad explains:

“With over 11 million of its residents in slums, Maharashtra has the highest slum population. The slums and the hi-rises co-exist in every area of Mumbai.

“The kind of existence the slum dwellers have is something most of us are apathetic to. The rich and the poor are immediate neighbours.”

He adds: “Shooting this film in the real slums of Mumbai was an exciting challenge that allowed me to interact with my neighbours. The contrast is so stark; the filming in actual locations helped me bridge the ignorant gap by entering a child’s world.”

Kakkad’s statement is exactly what sets the premise for the film.

Two slum kids from Maharashtra crave nothing more than a slice of pizza, and when a pizza parlour opens near their playground, the boys are consumed by the desire to taste this new foreign dish.

Realising that one pizza costs more than their family’s monthly income, they begin to plot ways to earn money – inadvertently beginning an adventure that will involve the entire city. 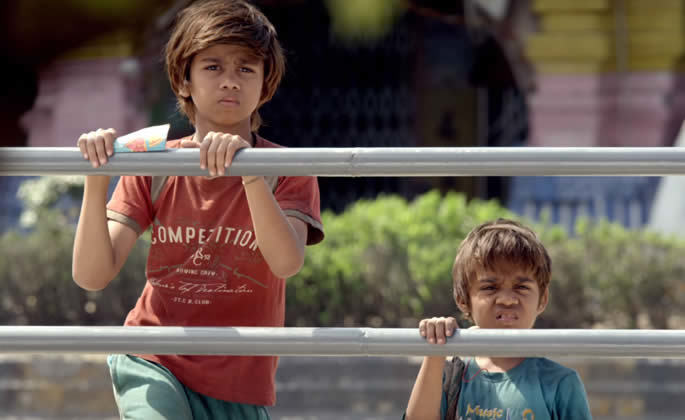 From the initial synopsis and trailer, Half Ticket sounds like a poignant feature. Whilst the film is an adaptation of Tamil flick Kakka Muttai, the story not only resonates with Maharashtrians, but also wider audiences.

Indian cinema, or most commonly Hindi cinema, has featured various narratives with the backdrop of slums.

Two popular films are Salaam Bombay and Slumdog Millionaire. Both of these films are gritty and exhibit the harsh realities of those living in poverty.

However, this is not the case for Half Ticket. In fact, the movie handles this gritty reality with maturity and positivity. Although we see setbacks in the lives of these two boys, the theme of hope is instrumental throughout the film.

The message that Half Ticket conveys is that we often take luxuries in our lives for granted.

In this Marathi movie, we are shown scenes where the two boys enjoy the simplest things in life. For instance, dancing in the rain, drinking water from a coconut and even purchasing a small television.

Samit Kakkad encapsulates the authentic, external shots of Mumbai. There is a wide-shot where the two brothers are sitting in the slum, but the camera points up at the building landscape in the city.

Particularly, this highlights the juxtaposition of India – in a sense that the nation is progressing, yet there is still a high amount of poverty. The film is certainly thought-provoking! 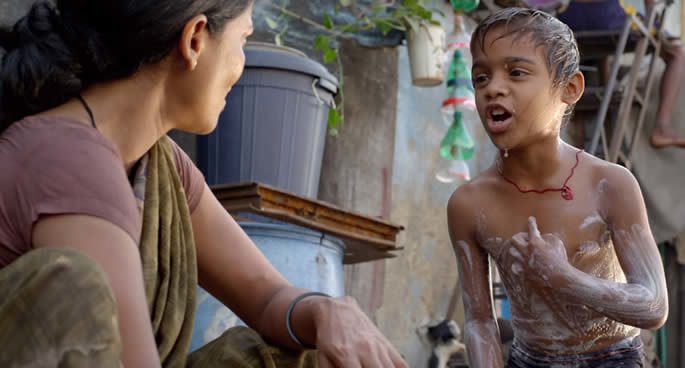 As for the narrative, M.Manikandan’s original story is terrific. The beauty of the narrative is in its simplicity. Kakkad makes a wonderful adaption, especially considering that there is a high population of people living in slums within Maharashtra.

It is impressive to see how two young children carry the entire film as the main protagonists. One cannot help but salute the children for their pursuit and dedication to earn money for pizza. At the same time, this concept also brings a tear to one’s eye.

Half Ticket boasts of some terrific performances.

Both Shubham More (the elder brother) and Vinayak Potdar (the younger brother) are exceptional. They perform their parts with such energy. Throughout the film, the pair are acknowledged as “little and big crow egg”.

The fact that their names are ambiguous demonstrates that there are many other children like these two brothers who undergo similar circumstances in real life too.

Whether it’s in the light-hearted or serious moments, More and Potdar execute every shade of these characters with ease and innocence.

Even in a film which is headlined by children, there are strong female characters too.

Priyanka Bose – who essayed Dev Patel’s biological mother in Lion – plays the mother of these two boys in Half Ticket. Her character name is also unknown.

The mother is the sole breadwinner of the household as her husband is in prison – for a crime not known to the audience. Although drawn by tragic circumstances, the character remains headstrong for her children.

Whether it is emotional moments or motherhood sequences, Bose is flawless. She captures your attention from the very first frame. Undoubtedly, she is the Mother India of Half Ticket. 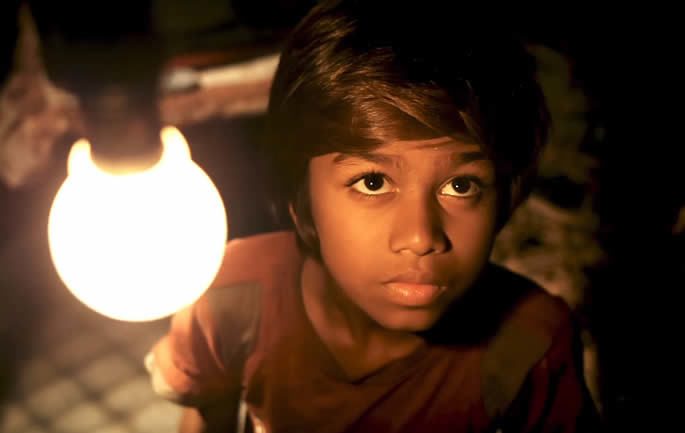 Unlike her sinister avatar in Lapachhapi, Usha Naik delivers a heart-warming performance as the grandmother.

Her support and love for the two children is certainly endearing to watch. Especially when she tries to make pizza on a roti by simply using onions and peppers.

Bhalchandra Kadam appears as Tutti Fruiti, who tries to help the brothers in getting their pizza – by selling coal. Throughout the film, his role supports the two children in their hardship – despite the fact that he is in a similar position of poverty.

Tutti Fruiti’s character reminds us of Uncle John from Raj Kapoor’s Boot Polish which is essayed by legendary actor David Abraham. Kadam, being a seasoned artist, does phenomenally well.

What doesn’t work? Well, even though the film’s running time is 100 minutes, the pace drops slightly in the second half. Furthermore, it can be also argued that the climax and ending are relatively larger-than-life. But nevertheless, Samit Kakkad does a great job as a storyteller.

Overall, Half Ticket is a winner all the way. The riveting storyline and sincere performances are what drives the film. It makes the well-off appreciate life for what it offers. Moreover, we guarantee that you’ll crave for pizza afterwards. So, come and grab a slice!

Anuj is a journalism graduate. His passion is in Film, Television, dancing, acting and presenting. His ambition is to become a movie critic and host his own talk show. His motto is: "Believe you can and you're halfway there."
LIFF 2017 Review ~ GARDAAB (WHIRLPOOL)
Channel 4’s Ackley Bridge to have Second Series