Juggun Kazim opens up about her Abusive Ex-Husband

Actress Juggun Kazim disclosed the ordeal she faced by her violent ex-husband, Ahmed Tajik, in an interview with Samina Peerzada.

Juggun Kazim a Pakistani Canadian actress, host and YouTube personality candidly revealed the abuse she faced at the hands of her ex-husband.

In December 2014, she married Ahmed Tajik who she met while attending a friend’s wedding.

Her marriage lasted just over a year, during which Ahmed physically and verbally abused her. Juggun left her then-husband along with their two-month-old son, Hamza.

Ahmed is not involved in their son’s upbringing and Juggun confirms that it was a mutual decision.

Juggun Kazim, herself was the child of divorced parents.

In an interview with Samina Peerzada, Juggun Kazim explained the ordeal she suffered while with her abusive ex-husband. She said:

“First I got ‘nikkahfied’ and then I tried to make my marriage work. After six months I left him, in that time he beat me up badly numerous times.”

Juggun went on to share how seeing other victims of domestic abuse remind her of her experience. She explained:

“It’s one of those things like now when I see pictures of battered women and their bruised faces literally their faces morph into my face.

“I used to get shocked after I was beaten. I wouldn’t look in the mirror and if I ever did accidentally I would see my bruised swollen eyes, I would have bruising over here (cheeks). Sometimes my head would be hurt.” 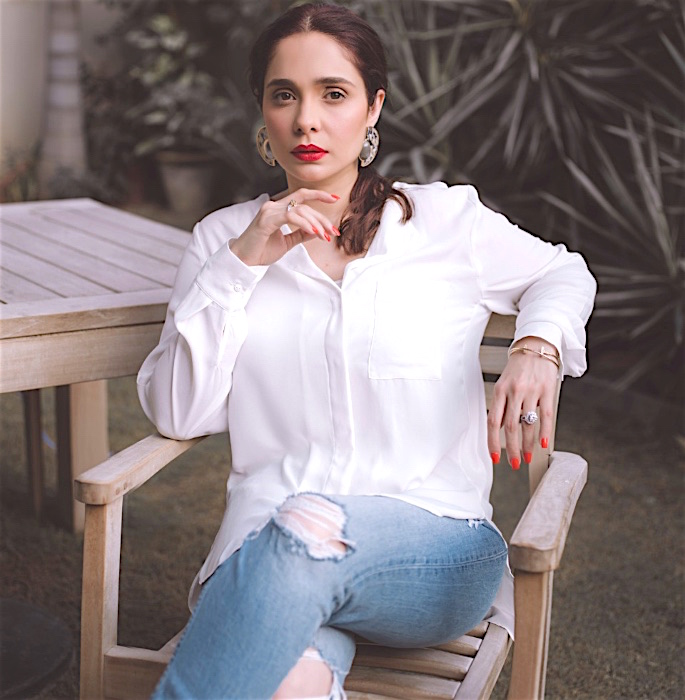 Samina asked why Juggun took the abuse when her ex-husband hurt her for the first time. She replied:

“I was going to leave, I picked up my belongings and I was about to go. But he stopped me.

“When a 6ft 4inch man holds your legs and stops you then your heart begins to melt.”

“I kept thinking he’s made a mistake and I thought even I’ve done stupid things in life, not at this level but still.”

“He’s saying he’s made a mistake then and he didn’t understand.”

Juggun Kazim continued to state that she is still unaware of why she would get beaten. She said:

“Even today I don’t know why I got beat up the first time and the last time. Because he would beat me up over random things.

“I would open the fridge and take out a carton of milk and behind me, the chef would be cooking.

“He would come from behind and grab me from my hair and would start beating me. He would say ‘you were flirting with him because you wanted to turn him on.’

She went to say how she thought:

“I was only taking out milk because you told me you wanted tea and if he wanted to eat or drink anything only I had to make it no one else could make it.” 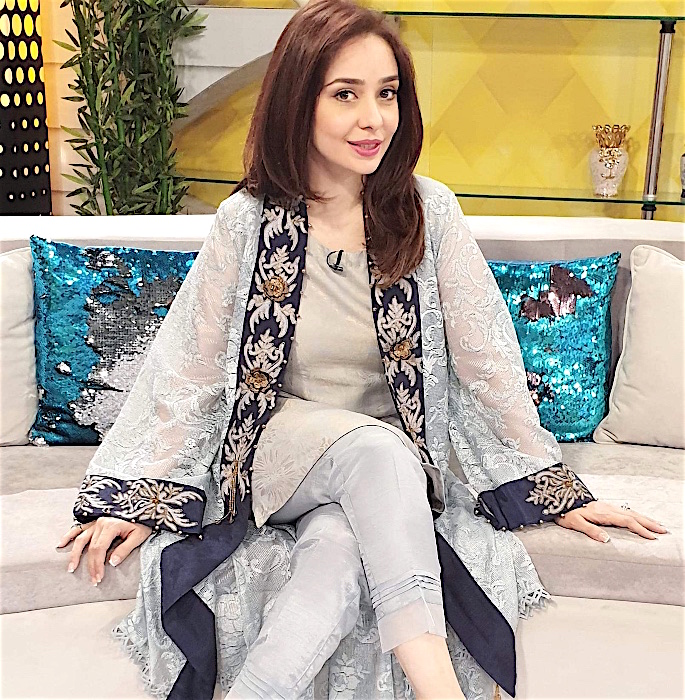 It was not only the physical abuse Juggun suffered. Ahmed would also verbally abuse her. She described instances where he would be verbally aggressive:

“Every time I would make him something he would make comments like ‘have you mixed poison in it? First taste it yourself.’”

“Also, he would say, ‘have you seen your face you are ugly, I am very handsome and very tall, you are short and fat.’”

“Even though back then I was really skinny, it was constant abuse.”

Despite the hatred and ill-treatment Juggun faced by her ex-husband, she wishes him well. She added:

“Even today when I think of it I get angry but I also feel sorry for him because he is a man who is ill and who no one can treat.”

“I hope God keeps him happy and gives him long life and that’s all I can say.”

Samina went on to ask Juggan why women stay in such marriages. She responded:

“Because if in our country (Pakistan) there wasn’t such a big stigma of divorce then women wouldn’t stay.

“But if you remove the stigma of divorce then it as though you are promoting divorce.”

Since the abuse faced by Juggun Kazim, she went on to marry Feisal H Naqvi on June 27 2013. The couple shares a son Hassan.

It is enlightening to see Juggun overcome such hardship and speak out about domestic abuse.