How did Falguni Pathak become a Queer Icon?

Falguni Pathak, who is known for crooning the hit song ‘Chudi’, was seen as a queer icon. DESIblitz explores her diverse discography.

"I was expected to be born as a boy."

Falguni Pathak and her melodious Indian voice lured her fans by singing songs with a theme of love.

She is from Gujarat and is based in Bombay.

Falguni started her career by singing Gujrati folk music and landed a debut in 1987 and then developed into an artist.

Though her work was undoubtedly great and reached great heights in the booming era of the 90s, one cannot deny her unconventional gender identity.

Her innate desire to explore the idea of non-confirmative love and relationships has even been explored by her in her songs.

Many are very well acquainted with Falguni’s sense of style.

She also sported a no-makeup look which was synonymous with her style in the 90s.

Often in her interviews, Falguni was questioned about her androgynous style to which she replied:

“I was expected to be born as a boy by my family but mistakenly I was born a girl.”

She also revealed how her three sisters used to play with her as a child and regularly dressed her up as a boy.

Falguni Pathak expressed herself through her gender fluidity.

On the professional front, she explored the theme of love between the two genders in her songs. 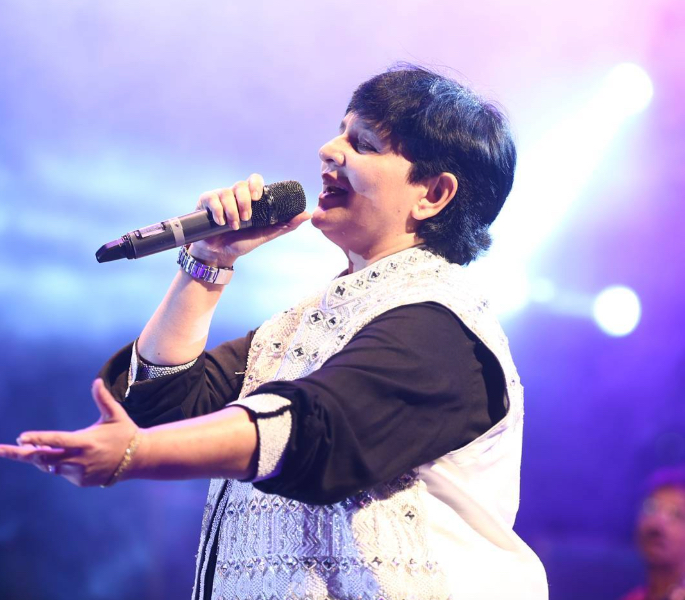 Falguni Pathak’s famous song ‘Meri Chunar Udd Jaye’, which was produced by Universal Distribution established her as a prominent singer.

This song was released exactly three years later after the filmmaker and activist, Deepa Mehta’s film Fire was released.

This fact prepped Falguni to release a song with a heterosexual normative with a hint of homosexuality wrapped in a sweet love affair.

A Twitter user, who seemed intrigued by this song, shared his thoughts online and delved into the depths of exploring sexuality.

He wrote: “Ok, big reveal!! This is a song about being Gay/Lesbian, Bi/Trans, but secretly.

“Caught you off guard, didn’t I/she?”

He concludes his interesting thread by writing: “But come to think of it, what a wave this must have created in the niche underground hush circles back then and what it meant for the LGBT community as a whole.

“This song was subtle enough to avoid any outrage and powerful enough.”

In the song, one can see a love-triangular theme being explored. Many elements point out that Falguni was exploring her sexuality.

Elements such as in scene one where the female lead Ayesha gets checked out by the man but she follows to discover a photo of two women together.

The second scene in this song is when she goes into her room and again comes across a large painting of an angel.

She then reminisces with a romantic photo, looking gloomy and the audience founds out that that photo showcases her partner, Falguni.

She is then transported into memory lane where she once enjoyed moments of love with her partner Falguni as they are shown in a secluded spot where they seem to be in a healthy relationship.

Falguni is yet again shown as a man. She carries the same style as she does in real life.

In the next scene, the woman in the painting comes alive and starts interacting with Ayesha’s character. Ayesha is seen telling the woman about her former lover Falguni.

She talks with a heavy heart and is seen with yet another photo of her and Falguni as a couple.

She is again seen with her beau when Falguni comes to rescue her sadness and gifts her tickets. They then pose for a photo together yet again as a couple.

The iconic song ends with Ayesha’s character trying to shush a man into keeping her and Falguni’s affair a secret.

Another song that explores hyper-femininity and sexuality by Falguni Pathak is ‘Indhana Winva’.

The music video includes a scene in which a wife seduces her husband and is being advised by Falguni who is seen as a drag queen.

The woman’s makeup and Falguni’s choice of outfit were inspired by the famous Lady Marmalade.

Transgender representation in her music videos meant that Falguni understood such subject matters well and expressed her views through her songs, all apt for the era that she emerged in too.

In the music video for her song ‘Saawan Mein’, Falguni Pathak is seen exploring the heteronormative behaviour of how women and men are expected to fall in love.

There is a façade of tempting and sexist love battles being offered by both genders but that doesn’t stop Falguni from maintaining her identity in the video.

In the video, she is shown as a mere spectator observing this heteronormative behaviour rather than partaking in it. 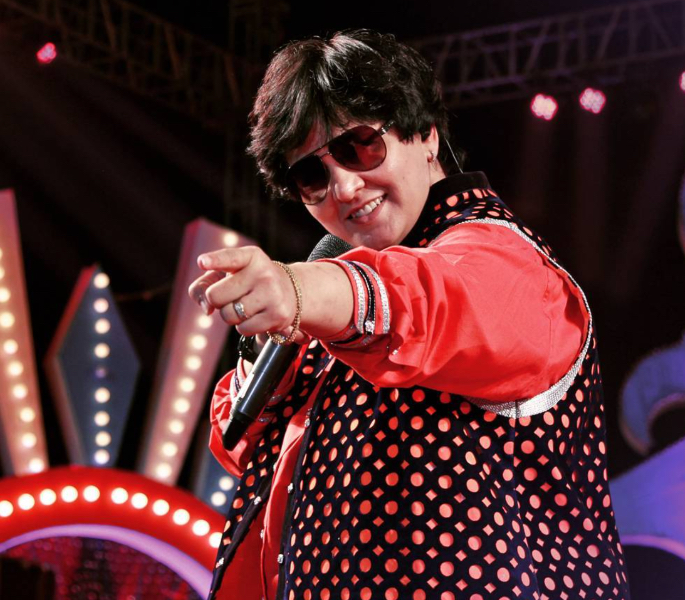 Another important song is ‘Maine Payal Hai Chhankai’ where Falguni Pathak is again shown as a lover who loves another woman and does everything in her effort to make her happy.

She is shown as a puppet-master who hangs out with her crush and her friends who also happen to be her crew in disguise similar to “damsels in distress”.

The damsels dance together and also face a huge end number of challenges.

This however is an indication of subtle homosexuality that Falguni wanted to portray in her songs and Falguni is seen being her true self in guiding them.

Taking into account all these tales and explorations of Falguni as a musician and a creator, one cannot deny that she was and is unique in terms of the way she thinks about sexuality.

She might not say it directly however in the 1990s and 2000s, it was the norm that things needed to be kept “in a closet”.

One cannot deny the various subtle hints she managed to pull off for people of her kin.

That era was glad and this generation is happily advocating for a freer society inside and out as Falguni Pathak always was.

Ankita is an Arts and Lifestyle Journalism student. She loves writing about culture, gender and sexual health. Her interests are art, books and documentaries. Her life motto is "what you seek is seeking you”.
Santoor Maestro Pandit Shivkumar Sharma passes away at 84
What does Mika Singh Look for in a Wife?