How 20 Minutes of Exercise can Save your Life

Inactivity kills twice as many people as obesity, according to a study at Cambridge University. A 20 minute walk each day reduces risk of premature death by a third.

"This study once again reinforces the importance of being physically active."

Inactivity or not getting enough exercise kills twice as many people as obesity according to researchers from Cambridge University.

The study found that even modest exercise, such as a brisk 20 minute walk each day, can reduce the risk of premature death by a third.

Academics from the University of Cambridge collected data and analysed the effects of exercise and obesity on 334,161 European men and women for a period of 12 years.

They concluded that found that subjects who participated in moderate levels of daily exercise, such as a vigorous 20-minute walk, were 16 per cent to 30 per cent less likely to die than those classified as inactive.

The study said that out of the 9.2 million deaths in Europe each year, 676,000 were due to inactivity. 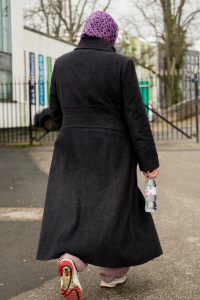 However, less than half of that number, 337,000, were deaths due to obesity or carrying too much weight.

Nevertheless, there is a direct correlation between inactivity and obesity. However, even people who are thin or do not look overweight, have higher risk of health issues if they are inactive.

The study was led by Professor Ulf Ecklund, who is from the Medical Research Council’s epidemiology unit at Cambridge.

He said: “The greatest risk [of an early death] was in those classed inactive, and that was consistent in normal weight, overweight and obese people.”

Prof Ecklund said that if inactivity amongst Europeans was eliminated, mortality rates would be cut by nearly 7.5 per cent, but eliminating obesity would only cut mortality rates by 3.6 per cent.

He added: “But I don’t think it’s a case of one or the other. We should also strive to reduce obesity, but I do think physical activity needs to be recognised as a very important public health strategy.

“Twenty minutes of physical activity, equivalent to a brisk walk, should be possible for most people to include on their way to or from work, or on lunch breaks, or in the evening instead of watching TV.”

The diseases caused by inactivity and obesity were largely the same, such as cardiovascular disease, However, type 2 diabetes was more common with obesity. These are very common in the British Asian community.

Barbara Dinsdale, from the charity Heart Research UK, said: “This study once again reinforces the importance of being physically active, even when carrying excess weight.” 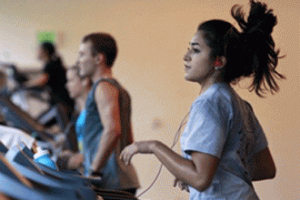 Dr Kam Singh, a GP from Birmingham, says that the many of his patients come to him with a familiar set of illnesses. He said: “High blood pressure, stress, heart disease, and diabetes are very common. This is a big problem in our community.”

He added: “My advice is always to get more exercise and to eat healthily. But my patients often say that they can’t find the time because they are too busy with work and looking after families.”

This is something that was said by Seema, a housewife, who said: “I know that I need to lose weight. I do not like being like this. But I do not have the time. I look after the kids, the house, all the cleaning.”

She added: “We have family functions all the time. You end up eating loads of food, especially sweet foods and fatty foods.”

However, there are more and more Asians who are incorporating exercise into their daily routines. 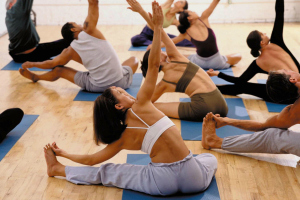 Rita, 54, said that her and her husband had many health problems a few years ago. She said: “We were so stressed. Our blood pressure was high. We were ready to pack it in.”

However, a holiday trip to an Ayurvedic retreat in India was the turning point. There they began a routine of yoga and pranayama breathing exercises, which they continue to this day.

Rita said: “We are very busy with our jobs and everything else in our lives. But every morning and evening, we do at least 10 minutes of yoga and breathing.”

Sanjay says that he finds it difficult to go to the gym. But he walks about an hour each day, which he fits into his daily routine.

He said: “I used to get two trains to work. However, now I only take one and I walk the rest of the way which is about 30 minutes. I wear trainers for the walking and take my work shoes in my bag.” 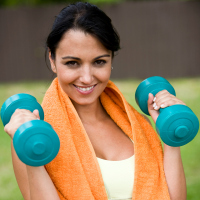 Laila, a woman in her fifties has had knee problems and finds walking long distances painful. She says that 20 minutes walking would be too much for her.

However, Laila said: “I go to the gym regularly. I do exercises which do not hurt my knees as much. My favourite classes are the cycling and aqua-aerobics. Exercise in the pool is good because it supports my joints.”

As well as the very real health issues which many in our community face, there are many inspiring stories out there from people who are trying to make a change in their lives.

What is good news is that all that is needed according to the experts is one brisk 20 minute walk per day. And the research says that the least fit have the most to gain.

Harvey is a Rock ‘N’ Roll Singh and sports geek who enjoys cooking and travelling. This crazy guy loves to do impressions of different accents. His motto is: “Life is precious, so embrace every moment!”
Bollywood Beauty Look ~ Deepika Padukone
5 Exercises for Fitness at Home