Has Skin Bleaching Gone Too Far?

Skin fairness has been a long established concern for people in South Asia where darker skin tones traditionally flourish. DESIblitz takes a look into the cultural politics behind skin bleaching.

Not so long ago, we were stunned to witness the release of an Indian advertisement for Clean and Dry, an intimate wash which apparently promises women a fairer bikini area.

The advertisement shows a woman who is neglected by her husband, as he seems more interested in reading a newspaper than spending time with her.

Then, by a miracle from up high she discovers the solution to all her problems – a vaginal wash! After using it, we see a remarkable difference in her confidence as she starts jumping on the sofa wearing tiny shorts whilst sexually beckoning her husband.

Finally the advert states in Hindi: “Life for women will now be fresher, cleaner and more importantly fairer and more intimate.” 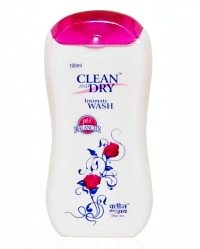 It seems that the cosmetic use of chemical agents to lighten the complexion of one’s skin, also referred to as skin whitening, skin lightening or skin bleaching is not just a South Asian social problem but in fact a widespread global phenomenon.

Skin bleaching represents a multi-faceted experience that is driven from a wide range of historical, cultural and psychological factors.

Historically, skin bleaching can be dated back to the ancient Egyptians where they used white lead on their skins. Captive Africans on sugar plantations in the colonial Caribbean also used cashew oil to lighten their skins.

The sale of skin bleaching products to African-Americans has been popular in the United States as early as the 20th century. Many South Asian girls have been raised to believe that fairness is the epitome of beauty and this has justified the rise of a $100 million a year skin-whitening industry.

International cosmetic companies exploit the racial and complexion norms and values in the global marketing of skin bleaching products.

Even Bollywood actors such as Shahrukh Khan have endorsed whitening products including Fair and Handsome cream, aftershave and facial wash for men. The question remains, where can we place British Asians in this current fairness obsession? 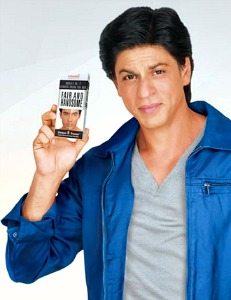 Rupa, business owner of Rupa’s Techniques (a hair and beauty salon) in Gants Hill and Leytonstone, East London talks about the misconceptions that many have about skin bleaching.

According to her, skin bleaching can only be treated by a medical professional and in fact no beauticians are authorised to change the skin pigments through chemical means. However, her salon like many others, offer a very popular skin whitening treatment that uses melanin that works with the skin’s pigments.

This treatment clears the facial complexion but does not damage or the harm the skin. She explains that certain products for skin bleaching have been banned in the UK as they have been stated to be harmful for the skin such as Hydroquinone treatments.

Rupa also explains that she has experienced a lot of her clients going to extremes to change the colour of their skin:

“It is the fault of our culture, the boys they want fairer girls. It is also their family’s mentality; they want to pick the girl who is fairer and good-looking. Girls have to go to the extreme to meet those expectations.”

However in either case, to bleach or to skin whiten shows a deeper issue within South Asian girls perception of beauty – it encourages the belief that we are only beautiful if we are similar to our white counterparts. 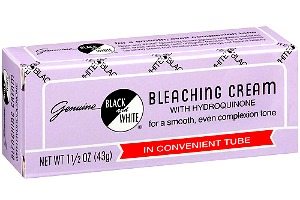 There seems to be no end to the feeling of insecurity and inferiority that so many people feel across the world.

We are all entranced by the glamour of Hollywood that constantly reminds us that beauty and fairness is something that we as ordinary people should aspire to. To be constantly attractive, sexy and appealing. To be looked at.

Whatever the West does, it is inevitable that the East will look on and attempt to emulate. India’s booming Bollywood industry relies on the idea that whiter beauty is everything.

Heroines are cast to represent a small elite that is more Western than Eastern because that is the only place that true beauty can be found. We just need to listen to musical numbers that accompany these actresses that emphasise gori-ness as opposed to it’s unmentioned other. 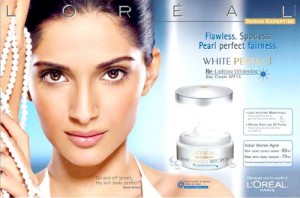 What is more disturbing is that most people are happy to believe the nonsensical dogma that to be whiter is to be better in every sense. Whiteness may hold connotations of purity and cleanliness but it is far from being something that we should all aspire to be.

A young student, Zara explains this sad obsession is more apparent with older generations: “In our generation this is changing fast with the focus is now more on your facial structure regardless of skin tone.”

It’s sad to think that society has been numbed in such a way, for it to be normalised into thinking what beauty is or should be. One thing is for sure though, like so many other things in this modern day, beauty has been manipulated and played on like a commodity by money-making machines.

It’s ironic that beauty can be bought and sold so instantly. That people can change every aspect of themselves to become something that someone else told them is better. And that to do so can bring them happiness.

The conception of beauty has in modern times been made to be base and cheap. So much so, that ironically it is no longer beautiful. But whatever your opinions on the subject, fairness is clearly a touchy subject for most. And it’s sad to think that this absurd and farcical bias won’t be leaving our heads anytime soon.

Natasha is an English Literature and History graduate. Her hobbies are singing and dancing. Her interests lie in the cultural experiences of British Asian women. Her motto is: "A good head and a good heart are always a formidable combination," Nelson Mandela.
Premature Ejaculation and the British Asian Man
What is the Perfect Diet?