A Bengali film that breaks all boundaries in every sense. This film has been shown world-wide, but has been banned in India. This film is very direct and explicit in sex, drugs and rapping.

Gandu, a sexually sensationalised Bengali film, was screened during the London Indian Film Festival June 2012. This film banned in India, is so controversial, that people have been arrested trying to screen this film. The first time ‘Gandu’ was screened internationally was at Yale University, USA November 2010. 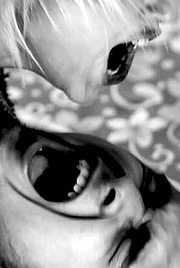 The film is primarily shot in black and white by controversial Bengali director Q. He takes the audience into Gandu’s life as if ‘you’ were living and breathing his day to day life. The turmoil in Gandu’s head could be felt and seen on screen. Not through the any ‘Big Bollywood Dialogue’ or ‘Big Bollywood Musical Numbers,’ but through the sheer rough and raw direction by Q.

The character ‘Gandu’ expresses his anger through his rapping. The audience can feel the chaos of pain and confusion. Gandu and his mother hardly converse in this film, as there is an unsaid acknowledgement of his mother being a ‘Whore.’

Gandu becomes more and more fascinated with sex. He wants to know why is it so special; why does his mother sell sex for money? Why does he think about it constantly? The rapping becomes very explicit about sex and how he would perform in a sexual way and be dominant.

Explicit scenes are also depicted with the mother having full intercourse with her client. The mother also in turmoil in the situation she is in. Scenes of the mother carrying out the act for money, and once the deed is completed the pain shown on her face and through humming of songs is heart-breaking. 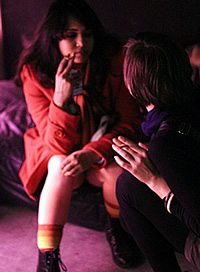 The one scene is shot in colour is purposely and cleverly done. Rickshaw (Gandu’s friend) taunts him that as he raps about sex constantly, he’s still a virgin and needs to experience sex first hand. Gandu goes to visit a rather interestingly dressed prostitute. First both are seen licking cream from a bowl making cat noises. Then both strip completely and some very explicit sex scenes (on the boarder of hard porn) takes place. If the director Q wanted to shock, horrify, turn on and entice his audience in one go, he did accomplish his mission. This scene left a lasting impression to many critics in the cinema.

The very graphic scenes of especially oral sex taking place between Gandu and the prostitute lead onto full blown sex. While the intercourse takes place Gandu see’s his mother’s face and jumps off. This made the audience feel Gandu’s turmoil.

Here’s the trailer to the film. 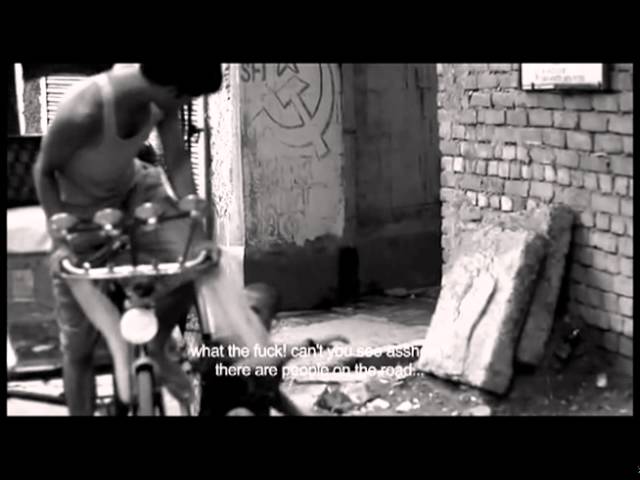 Questions were thrown at the director Q after the screening of the film. Q was challenged on the colourful sex scene. “I’m just really f****d up about sex,” replied the director and added:

“Sex is something that is on everyone’s mind, but Indians tend to hide this feeling and emotion. I wanted to bring this out in its raw form and shock the world, that yes we all think about sex, we all have sex, we all have different ways of expressing our sexuality.”

The rapping in the film is actually written and performed by Q. The content is very raw and many references to sex in a ‘hard core’ way, when compared to Western Rap pales in comparison.

Overall, an interesting film which achieves visualising the turmoil and inner pain on screen which is a difficult task within itself. The sex scenes are explicit crossing many boundaries and not for the faint hearted. Not a film to take your mum to watch but definitely a film which depicts the story in the exact raw form intended by the director.

Savita Kaye is a professional and hardworking independent woman. She thrives in the corporate world, aswell as the glitz and glam of the fashion industry. Always maintaining an enigma around her. Her motto is 'If you got it show it, if you like it buy it'!!!
Akshay hits back as Rowdy Rathore
Bol Bachchan a smash for Abhishek