After much speculation of who might be selected as the lead female for the forthcoming action filled DHOOM:3, the news from the Yash Raj camp is that they are going to select a completely new face for the role.

The heroine will be a completely new face

The hit series of the Bollywood Dhoom films is now working on its third installment. After the massive success of DHOOM:2 and DHOOM, the director and producer of the new film, Vijay Krishna Acharya and Aditya Chopra respectively, have decided to launch a completely new female face as the lead in the movie.

Previously it was rumored that Priyanka Chopra, Katrina Kaif or Deepika Padukone will be in the running to be chosen as the leading lady but this is no longer the case, as the team behind the film look for someone fresh and suitable for the part. It will not be anyone who has been seen on screen before. The heroine will be a completely new face.

This series of action films has been made by Yash Raj Films (YRF) and the company is completely behind the decision after being responsible for launching the careers of many newcomer females in Bollywood, including, Anushka Sharma, Ranveer Singh, Parineeti Chopra, Shraddha Kapoor and Shazahn Padamsee. 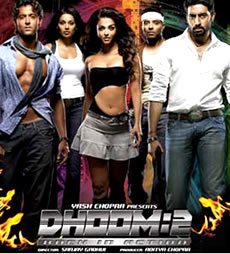 The first movie released in 2004, Dhoom featured Abhishek Bachchan as ACP Jai Dixit, John Abraham as Kabir, Uday Chopra as Ali Akbar Fateh Khan, Rimi Sen as Mrs. Sweety Dixit, Esha Deol as Sheena and Manoj Joshi as Jai’s assistant officer. Esha Deol was the lead lady in this film being the love interest of Uday Chopra. It was one of the top grossing films of 2004 at $12 million USD.

The second film released in 2006, Dhoom 2 featured some major names from Bollywood including once again Abhishek Bachchan as Jai Dixit, Hrithik Roshan as Aryan/Mr. A, Aishwariya Rai as Sunehri, again Uday Chopra as Ali, Bipasha Basu as Shonali Bose and Monali Bose (twins with different personalities) and a cameo from Rimi Sen as Sweety Dixit. The chemistry between Aishwariya and Hrithik was once of the most outstanding aspects of this film. The film grossed over $33.25 million.

After Hrithik and John Abraham playing the villains in the first two films, DHOOM:3 will be featuring the charismatic Aamir Khan in the role. Abhishek Bachchan and Uday Chopra will continue in their now iconic roles of Jai Dixit and Ali. 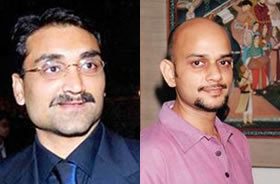 Yash Chopra, speaking about DHOOM:3 says, “It’s a great pleasure to have Aamir working with YRF once again. It’s even more special that he will be doing DHOOM:3. I am terribly excited with what an actor like Aamir will bring to the DHOOM franchise with his unique star power and level of performance. Adi and Victor have worked over a year to bring out, what I can now confidently say, is possibly one of the best scripts coming out of YRF and I am sure that with Aamir and Adi together, they will both create magic to give our audience one of the most exciting films they have ever seen.”

Aamir Khan says “It is indeed a pleasure to be working with Yashraj once again. Dhoom is a great franchise, most entertaining and full of fun. Everytime I hear the theme tune of Dhoom it brings a swing to my step. Victor’s script really won me over and I look forward to working with him, sharing screen space with Jai and Ali, and, of course, working with Yashji and Adi once again.” 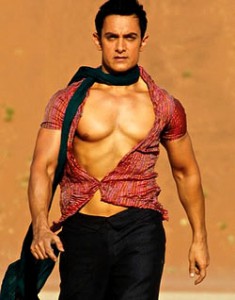 Aamir Khan has been known for his six-pack body in the past in Ghajini so, this time round for DHOOM:3 it’s not going to be any different. He has signed up Anglo-Filipino martial arts expert Gerald Zarcilla to help him train. Aamir decided not to work with with his ‘Ghajini’-six-pack-trainer Satyajeet and opted for a different trainer. Aamir has already started cycling everyday as part of his training and fitness routine for the movie.

The new heroine will also be trained physically and mentally to match up to the level required for the role. The greatest challenge before the debutante is that she has to flirt and romance with Aamir in sexy attire including a swimsuit.

Sources say there will be kissing and intimacy between the pair including a bathing scene.

DHOOM:3 will be produced by Aditya Chopra and written and directed by Vijay Krishna Acharya, who wrote DHOOM and DHOOM:2. Vijay previously wrote and directed the action movie, Tashan. 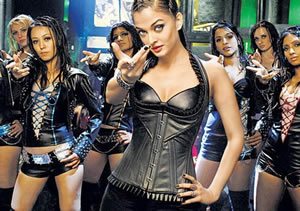 The music director for DHOOM:3 will be Pritam as before. Aditya and Vijay had no hesitation in confirming that Pritam would be the one to take the music of the DHOOM franchise forward. “Pritam is not just a chart-blazing music director but an integral part of the Dhoom series. It’s going to be super working with him”, said Vijay.

Pritam’s also thrilled to be working on DHOOM:3. “It’s always great working with YRF and even more so on something as iconic as DHOOM. It is great feeling that the music has lived on with the franchise and the two are inseparable. Dhoom machaenge once more!”

Shooting for DHOOM:3 will start at the end of 2011 and it is planned for a 2012 Christmas release.

Priya adores anything to do with cultural change and social psychology. She loves to read and listen to chilled music to relax. A romantic at heart she lives by the motto 'If you want to be loved, be lovable.'
Nominees for 2011 IIFA Awards
Bollywood Love, Lust or Bust