Evolution of Air Max styles for Men and Women

Nike Air Max trainers have become iconic since being introduced in 1987. We look at their evolution and the newer styles available today.

the first ever Air Max were designed by Tinker Hatfield

Air Max from Nike revolutionised footwear from 1987 into the 90’s. This trend of trainers and sneakers became an instant hit. Colorways as they got known became a must have fashion item and still are to this day.

We take a look at the evolution of these iconic trainers and the new styles for both men and women. 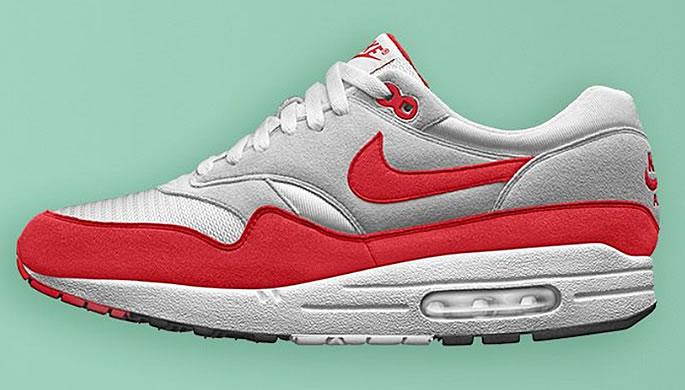 This was the first ever Air Max were designed by Tinker Hatfield and released in 1987.

In the original white, red and grey colours the Air window displayed prominently, showing off this innovative design.

At the time, bright colours were not in vogue for trainers and footwear, and the story goes that Tim had to fight the Nike marketing team to have the bright red colour featured on the shoe. This determination led to this first and hugely iconic colorway to be produced.

Other colours which were subsequently released were a more basic blue colorway, which was the Nike marketing department’s preference compared to the red, and the white and grey pair which had navy blue and red trims. 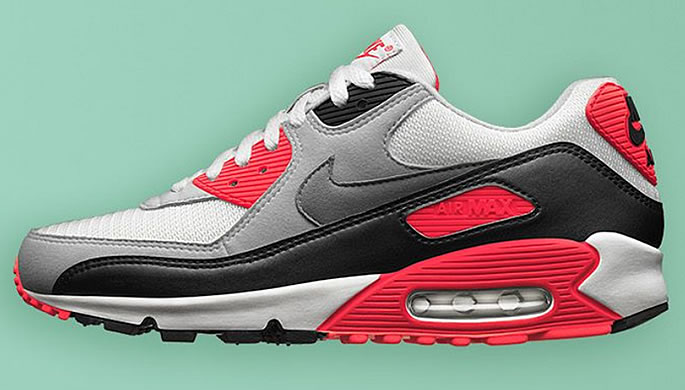 In 1990, the Air Max 90 was next to be unleashed by Tinker Hatfield and design team. They wanted to beat their previous design and improve it. Many people would say is the most popular Nike running shoe of all-time.

The Air Max 90 had ribbed panels and an enhanced air unit with colours to accentuate it. Sharper angles aided forward movement.

This shoe evoked many followers of the iconic trainer to come up with designs through the years. 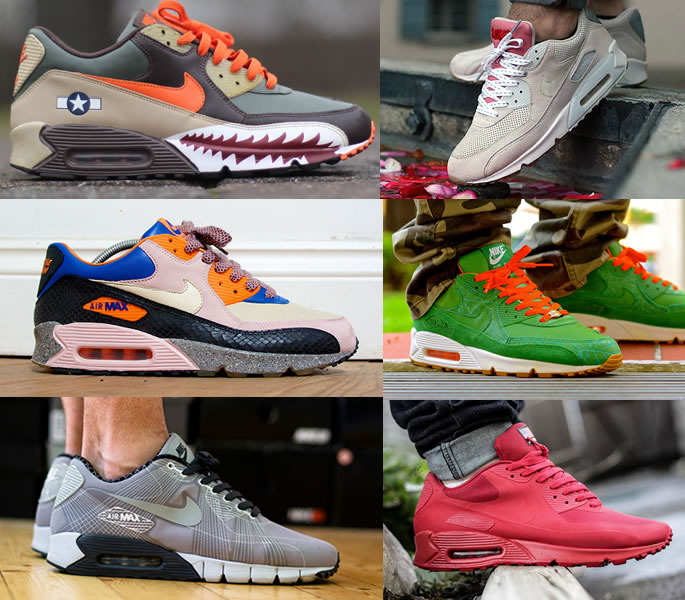 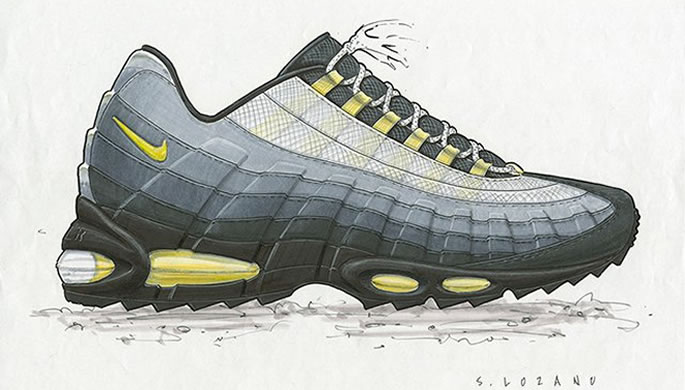 After some more improvements, in 1995 the Air Max design inspired by Sergio Lozano was released.

Talking about the design Sergio says:

“I joined the team just to design this product and that’s what we talked about. It was great, because the brief was pretty simple, design and develop this really great marquee performance shoe, but do something that we’ve never seen before.”

“Well, I was the guy who came up with the colour. Back then, we didn’t have colour designers at the time. Now, we’ve got a whole host of colour designers that do all sorts of amazing things.”

This Air Max 95 was a huge hit, moving away from the restrained designs of Tinker Hatfield to the more vibrant, edgy and technical design era of Nike footwear. 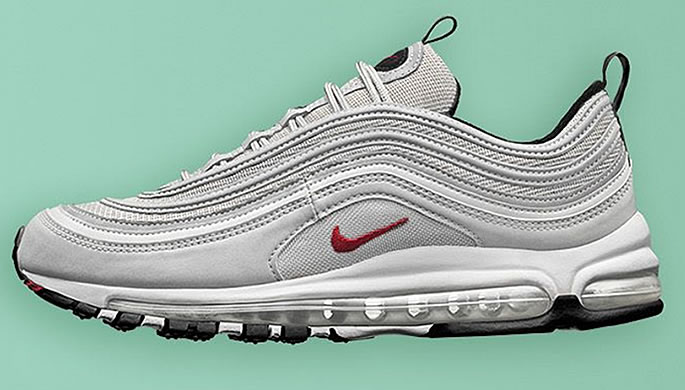 The design was by Christian Tresser and this new shoe had the Air-Sole spanning across the whole show, compared to the heel area. This was to maximise the air.

Japan’s aerodynamic bullet trains are said to be behind the inspiration for this design improvement.

This Air Sole was the first to be developed primarily for running, pushing the envelope as Nike being the leading producer of high performance footwear for runners.

Subsequent years led to further improvements to the shoe design with the introduction of the Air Max 360 in 2006.

By 2015, as footwear technology evolved and Air Max saw the release of a new Air Max 2015, which had an all-new upper engineered to complement the foot’s dynamic motion iconic joined by the ever iconic Air cushioning.

This shoe was designed with a focus on delivering the the best performing shoe upper to date and targeted runners especially. It was lighter than its predecessors.

Once again evolving the Air Max brand into a new look.

Here’s a selection of the Air Max trainers available for men and women from Nike.

The window from 1991 features in the sole of this shoe, celebrating 25 years. The design has a synthetic upper designed for streamlined ventilation and the hallmark Air cushioning.

The men’s Air Max 90 Ultra Superfly is the original Air Max 90 brought into the modern era, featuring a sock-like Flyknit upper and a Ultra midsole cored-out for lightweight comfort by Tinker Hatfield.

These women’s running shoes are designed to help you run outdoors in comfort featuring flexible cushioning and lightweight mesh to keep your feet cool.

The shoe is the first release of the Air Max 1’s not seen before version. Lightweight cushioning in the heel that made the Air Max an icon.

The Air Max range style of Nike trainers will keep on evolving as footwear technology develops. Newer designs will no doubt be seen and worn but the iconic ones will always have a demand by the fans of the originals.